On December 4th, President Obama signed into law a long-awaited federal transportation funding reauthorization bill—the Fixing America’s Surface Transportation (FAST) Act—which provided $305 billion over five years for the nation’s transportation systems. The purpose of this report is to inform California lawmakers about additional provisions of the bill designed to address safety concerns around the transportation of crude oil by rail.

Nationwide Safety Concerns Following Derailments. In recent years, there have been multiple high-profile derailments of trains pulling crude oil. These accidents have resulted in deaths, evacuations, property damage, and oil spills. Most tragically, a derailment in Lac Megantic, Quebec in 2013 resulted in 47 deaths and spilled 1.5 million barrels of oil. Consequently, there have been concerns around the country, particularly as the production of crude oil in North America and its shipment by rail have increased substantially in recent years. 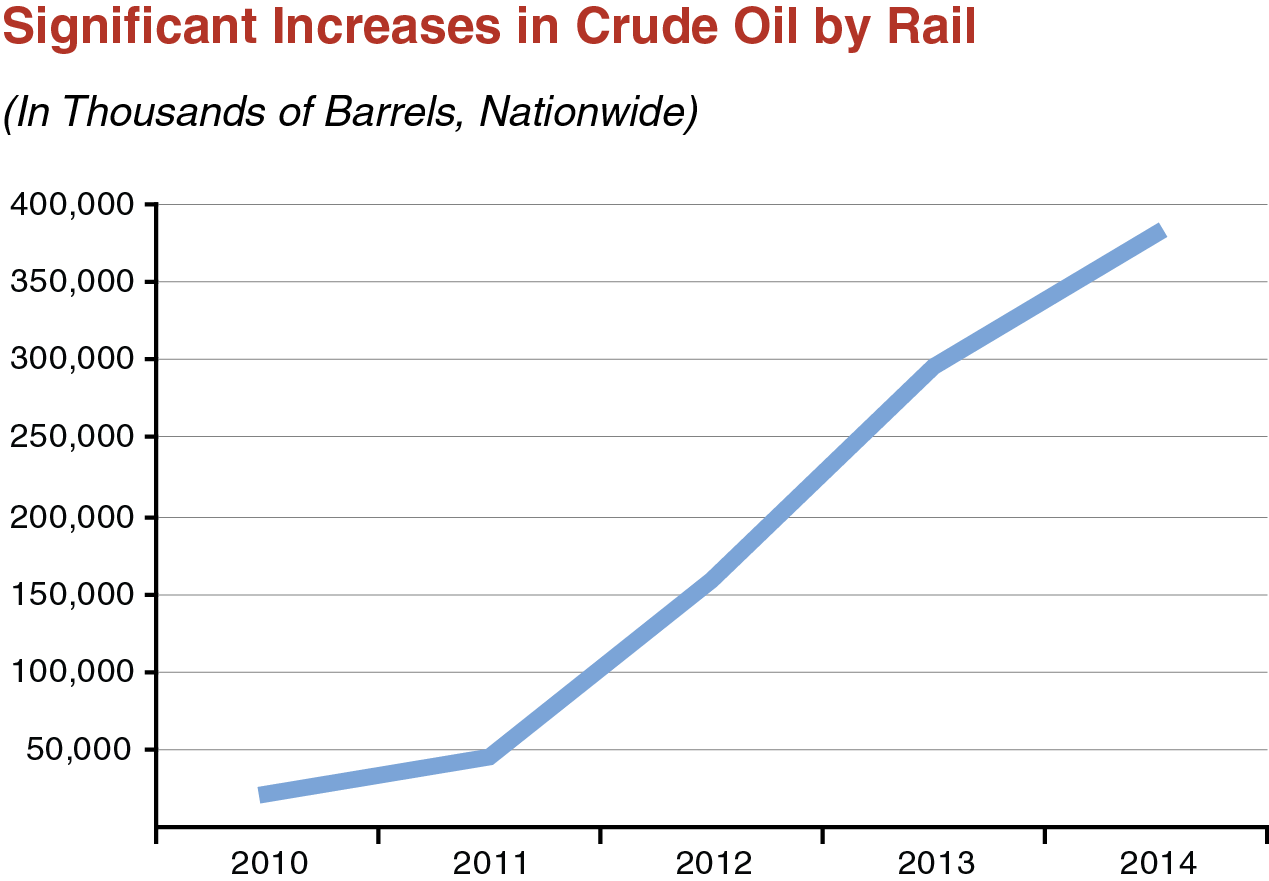 Federal Law Preempts State Action in Most Cases. The Federal Railroad Administration and the Pipeline and Hazardous Materials Safety Administration—both within the federal Department of Transportation (DOT)—are the primary agencies responsible for regulating the rail industry and the transportation of crude oil. Under federal law, states are limited in their authority to regulate rail activity. For example, the federal government regulates tanker design standards and the use of safety technologies. State and local agencies generally have responsibilities for emergency response. (The National Conference of State Legislatures website and our analysis of a 2015-16 budget proposal for the Office of Emergency Services [OES] have more information on federal and state oil by rail programs and policies.)

Federal Transportation Funding Bill Included Crude by Rail Policy Changes. While most of the 1,300 FAST Act focuses on various federal transportation funding programs to state and local governments, there are several provisions designed to address the safety of transporting crude oil by rail. Specifically, the bill requires:

Recent State Budgets Added Funding for Some Crude by Rail Safety Activities. The Legislature and Governor have adopted some policy and funding increases designed to improve public safety associated with crude oil by rail in recent years.

Issues for Legislative Oversight. Given recent public interest in the safety of transporting oil shipments by rail in California, the Legislature may want to review the degree to which the new federal policy changes—in conjunction with recent state spending—address its safety concerns. This review could occur in the course of normal budget and policy hearings and include the presentation of testimony and data from state, federal, and local officials regarding: