Report Based on Self-Reported Data From States. In October 2017, the Pew Charitable Trusts released a report comparing how much each state spends on inmate health care, including medical, mental health, and dental care. The report relied on state surveys completed based on data from 2014‑15. A total of 49 states responded to the survey. The report cautions that each state self-reported data, which makes it difficult to determine whether all states collected data the same way. Despite this, the report provides some insight into how California compares to other states with respect to inmate health care costs. 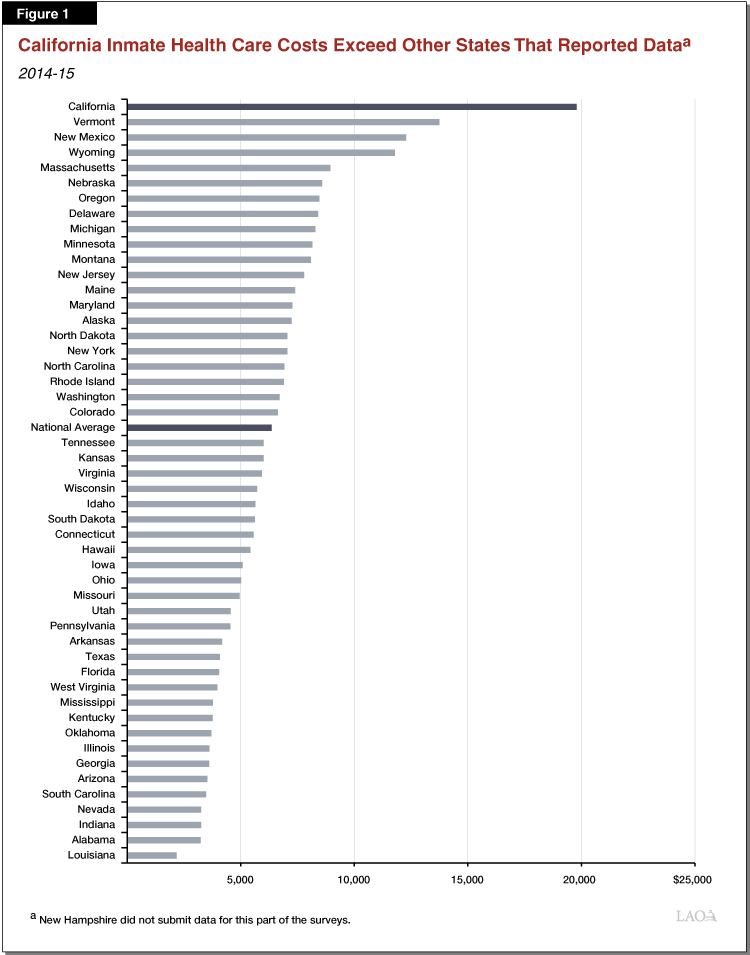 California’s High Inmate Health Care Costs Due to Various Factors. For decades California has been under various forms of court supervision related to its provision of inmate medical, mental health, and dental care. For example, after finding the state failed to provide a constitutional level of medical care to inmates, the federal court appointed a Receiver in 2006 to take control over the direct management of the state’s prison medical care delivery system. The different forms of court supervision related to inmate health care have resulted in changes that increased how much the state spends on such care. A few of these major changes include: 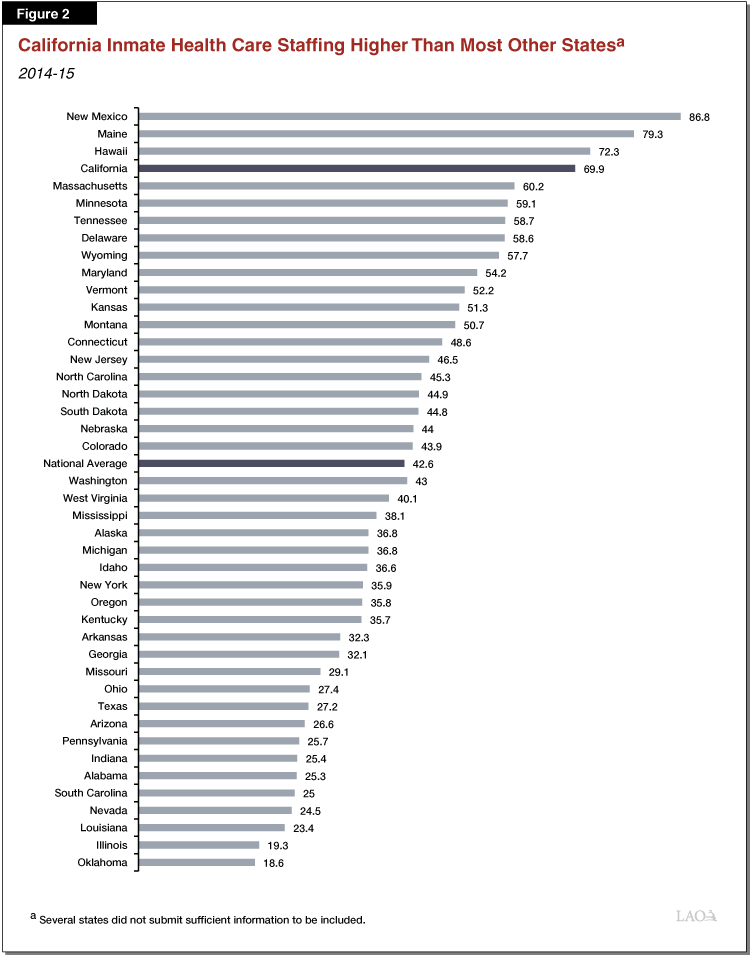