Snapshot of Internet Usage in Schools

Internet Usage Information Comes From Two State Databases. The state has one database (DataLINK) that periodically tracks self-reported data from schools about their Internet usage and tracks how many schools connect to the Corporation for Educational Network Initiatives in California (CENIC) backbone. This database includes information about schools’ Internet infrastructure, speeds, and service providers. (Data on infrastructure generally is more limited than data on speeds and service providers.) In addition, the state has a second database—the California Basic Educational Data System (CBEDS)—that tracks on an annual basis the number of devices per student.

Internet Speeds Vary Across the State. DataLINK contains information from 96 percent of schools statewide. The median speed of schools reporting is 100 Mbps, though speeds vary considerably. As shown in Figure 1, about 27 percent of schools report speeds 10 megabits or slower per second (Mbps)—typically associated with the slowest types of Internet infrastructure. In contrast, 39 percent report having Internet speeds between 11 and 100 Mbps and 34 percent report having speeds greater than 100 Mbps. Additional data collected by the state in 2014 to award grants to schools for infrastructure improvements shows that 349 schools do not have fast enough speeds to administer the new Smarter Balanced Assessment Consortium tests. The majority of these schools are elementary schools. 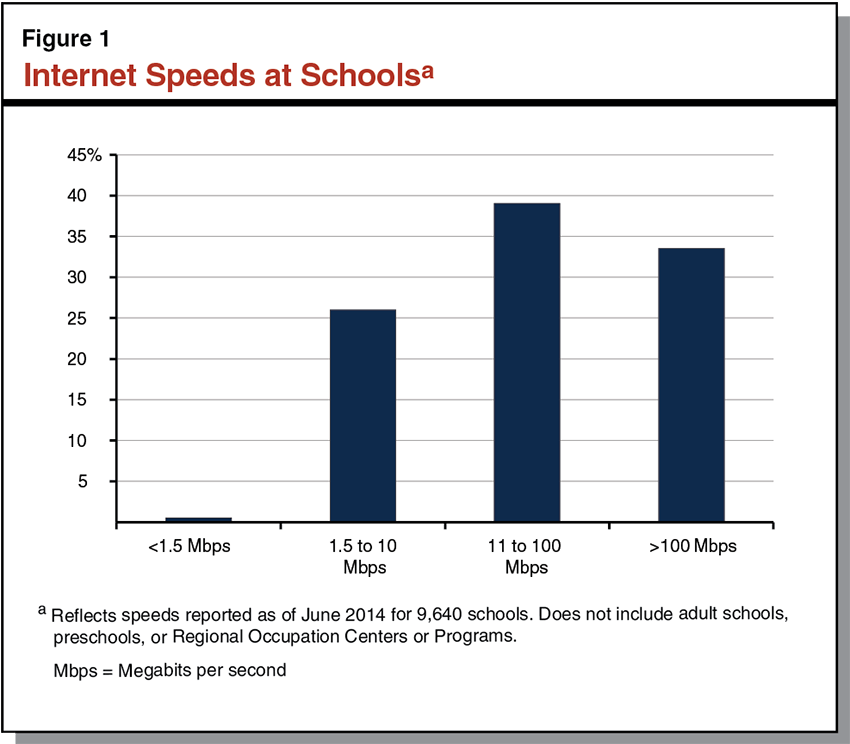