Summary. The Governor proposes to allow state tax benefits for investments in alternative energy or affordable housing in communities designated as Opportunity Zones under a new federal program. Given the mixed evidence regarding the benefits of similar policies and the existence of better mechanisms to fund affordable housing, we recommend rejecting the Governor’s proposal to create a state Opportunity Zone tax benefit.

Note. At the time of publication of this post, the administration had not yet made available trailer bill language with specific details of the proposal.

Unclear That Opportunity Zones Will Bring Economic Benefits to Residents. California and the federal government previously have carried out several programs similar to Opportunity Zones—such as Enterprise Zones, Empowerment Zones, and New Market Tax Credits—that have used tax benefits and other means to attempt to bring investment to economically distressed areas. Many studies have been conducted on these types of programs, but there is no consensus among researchers about whether these programs improve the economic situations of residents in targeted communities. Multiple credible studies have found that these programs do not have a measurable impact on economic outcomes, while others have found positive impacts. Our analysis (discussed below) of New Market Tax Credits—a federal program similar to Opportunity Zones—suggests this program did not measurably increase the incomes of residents living in California communities targeted for investment. One potential explanation for these findings is that many investments that received benefits from these programs would have occurred anyway and, therefore, did not represent new investments. 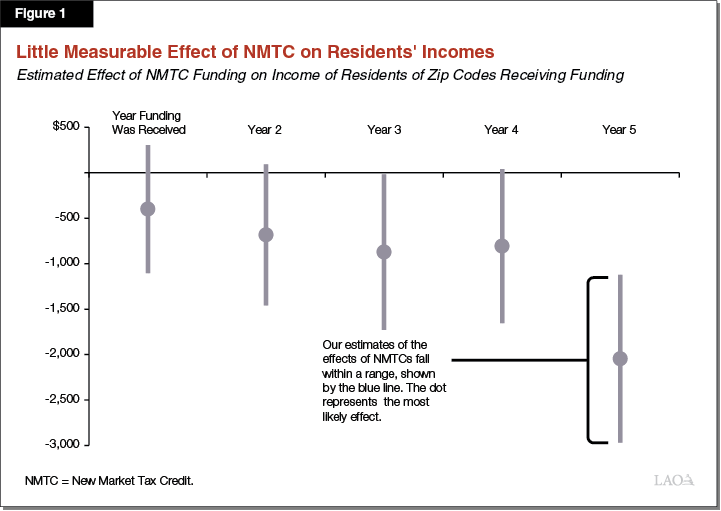 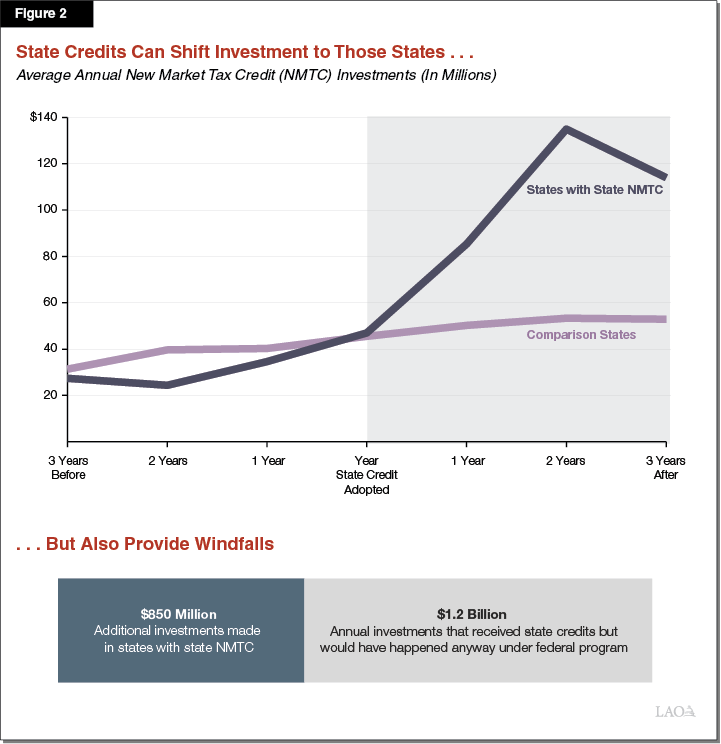 Reject Governor’s Proposal. Given the mixed evidence regarding the benefits of such policies and the existence of better mechanisms to fund affordable housing, we recommend rejecting the Governor’s proposal to create a state Opportunity Zone tax benefit.

Consider Including These Features If Opportunity Zone Benefit Is Created. Should the Legislature adopt the Governor’s proposal to create a state Opportunity Zone benefit, it may wish to include the following elements: