The Legislative Analyst’s Office (LAO) will celebrate in 2016 the 75th anniversary of its creation in 1941. The original and ongoing mission of the office—to provide analysis and nonpartisan advice and recommendations to the California Legislature on fiscal and policy issues—remains unchanged. Over the years, however, the state and the LAO have seen many and major changes. The purpose of this webpage is to provide information about the LAO’s history, people, key events, and changes that have occurred within the office and within the state of California during this period. We hope you find this page informative and interesting. 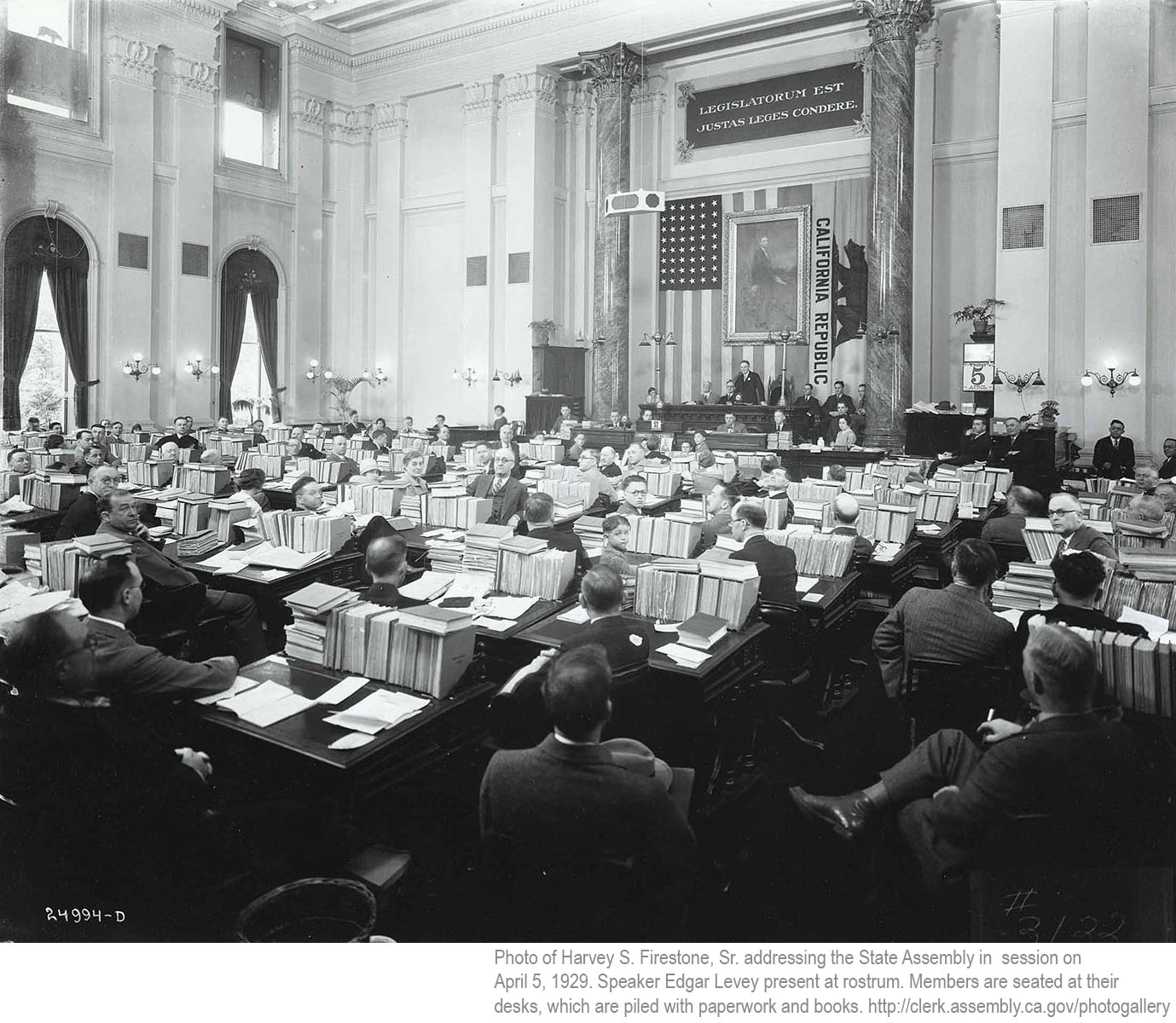 As the state budget grows in complexity and size, the Legislature looks to add professional technical staff to analyze the budget and provide information. The Legislature introduces several bills to create a research or auditing bureau, but none are signed into law. 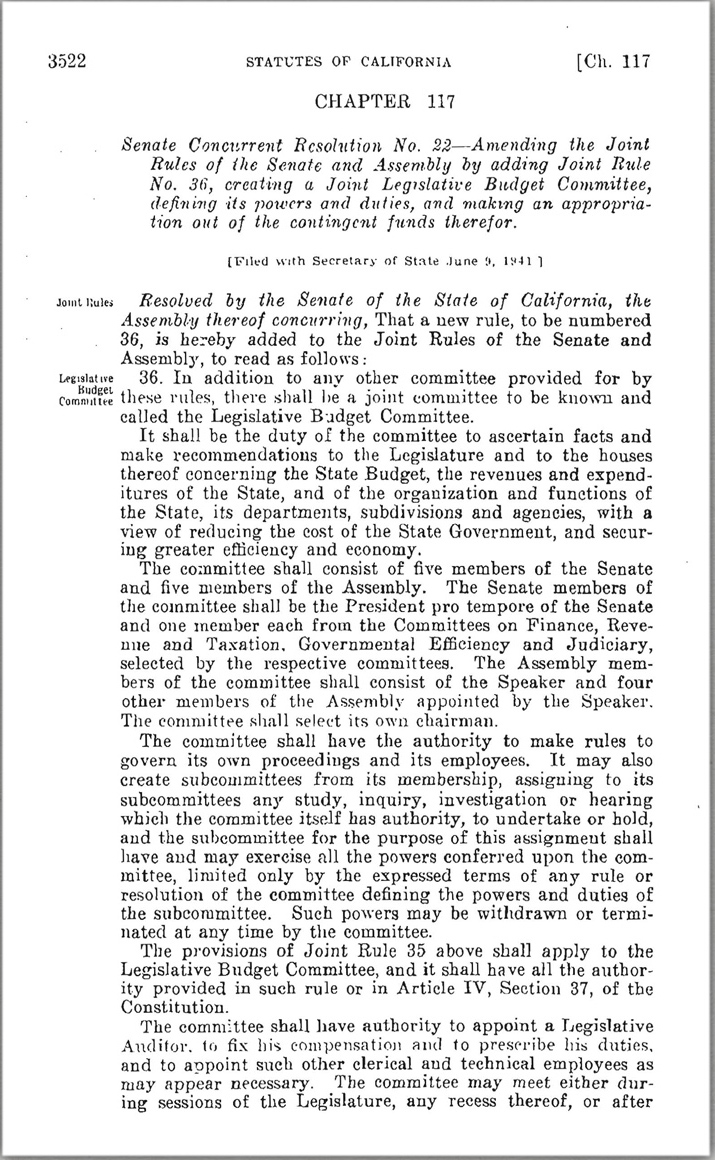 The JLBC instructs the Legislative Auditor to closely examine the wartime budget and participate fully in budget hearings.

Rolland Vandegrift passes, and A. Alan Post, a senior economist in the office, is named acting Legislative Auditor.

The JLBC appoints A. Alan Post as Legislative Auditor.

The Legislature passes and the Governor signs legislation establishing the JLBC and Legislative Auditor in code.

The Legislative Auditor and staff take an active role in discovering the inappropriate use of funds by the State Treasurer, resulting in the resignation of Treasurer Charles Johnson.

With the creation of the new position of Auditor General, the Legislative Auditor’s title is changed to Legislative Analyst. 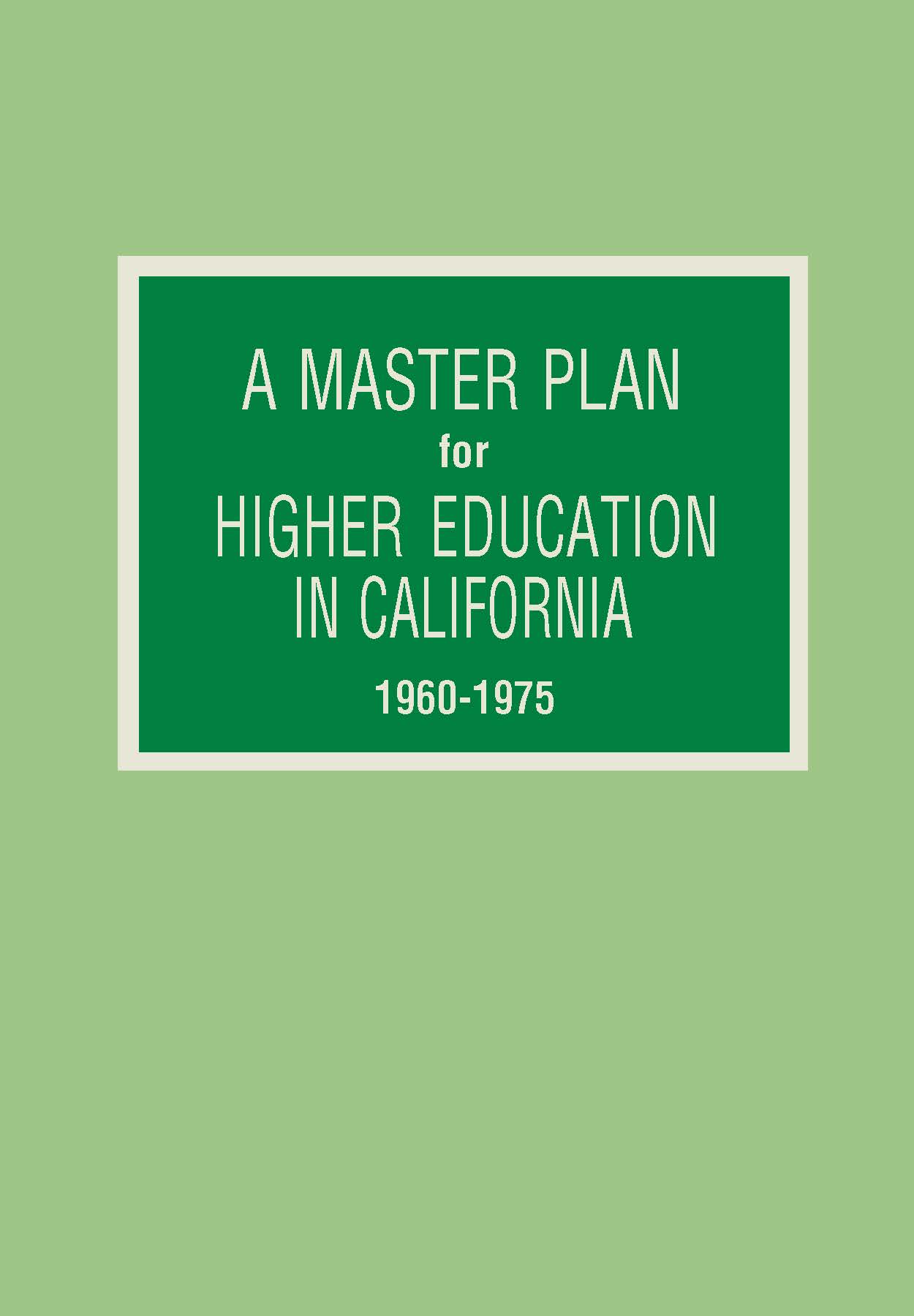 The Legislature passes the Master Plan for Higher Education, which differentiates the higher education segments, establishes the admissions pools for each segment, and provides an overall framework for higher education in the state.

The voters pass Proposition 1A, which establishes a full-time Legislature.

The voters pass the Political Reform Act, which gives the LAO the responsibility to provide impartial analyses of all statewide propositions.

After about a month of hearings about financial mismanagement at Bay Area Rapid Transit (BART), Alan Post recommends the firing of BART’s general manager.

The voters pass Proposition 13, which shifts the control over property taxes from local communities to the state. 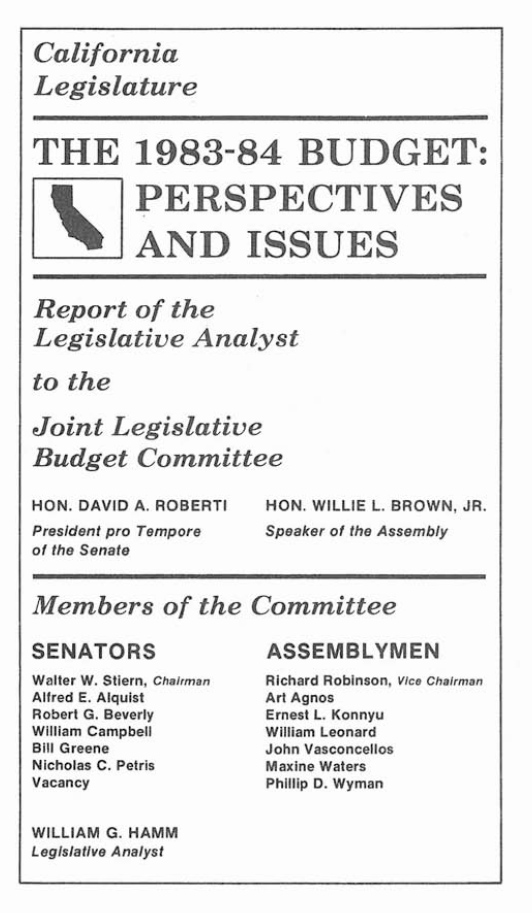 The LAO publishes its first Perspectives and Issues (PDF) to provide additional information about the state’s fiscal condition and identify issues facing the legislature.

The voters pass Proposition 98, which guarantees a certain amount of funding to K-12 schools and community colleges.

The voters pass Proposition 140, which implements term limits for Members of the Legislature and reduces the Legislature’s budget by 38%. As a result, the LAO’s budget is reduced significantly and LAO staff drop from 105 to about 45.

The voters reject Proposition 158, which would have replaced the LAO with the “Office of the California Analyst.” 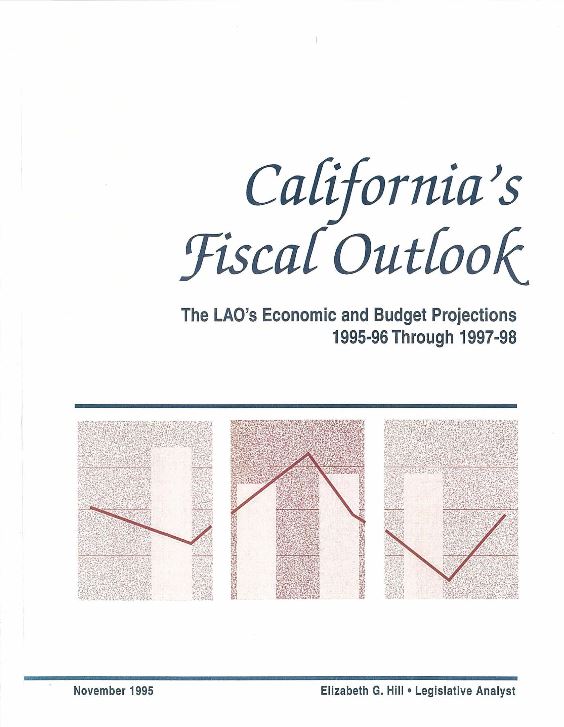 The LAO issues its first annual document providing economic and budget projections: California’s Fiscal Outlook. The office has published a similar report every November since.

The LAO plays a key role advising the Legislature on the implementation of 1996 welfare reform.

In response to a request from Senator Perata, the LAO writes an extensive analysis of the health care reform bill under consideration by the Legislature. LAO analysis indicates the cost will be considerably higher than proponents’ estimates, and the bill does not pass out of the Senate. 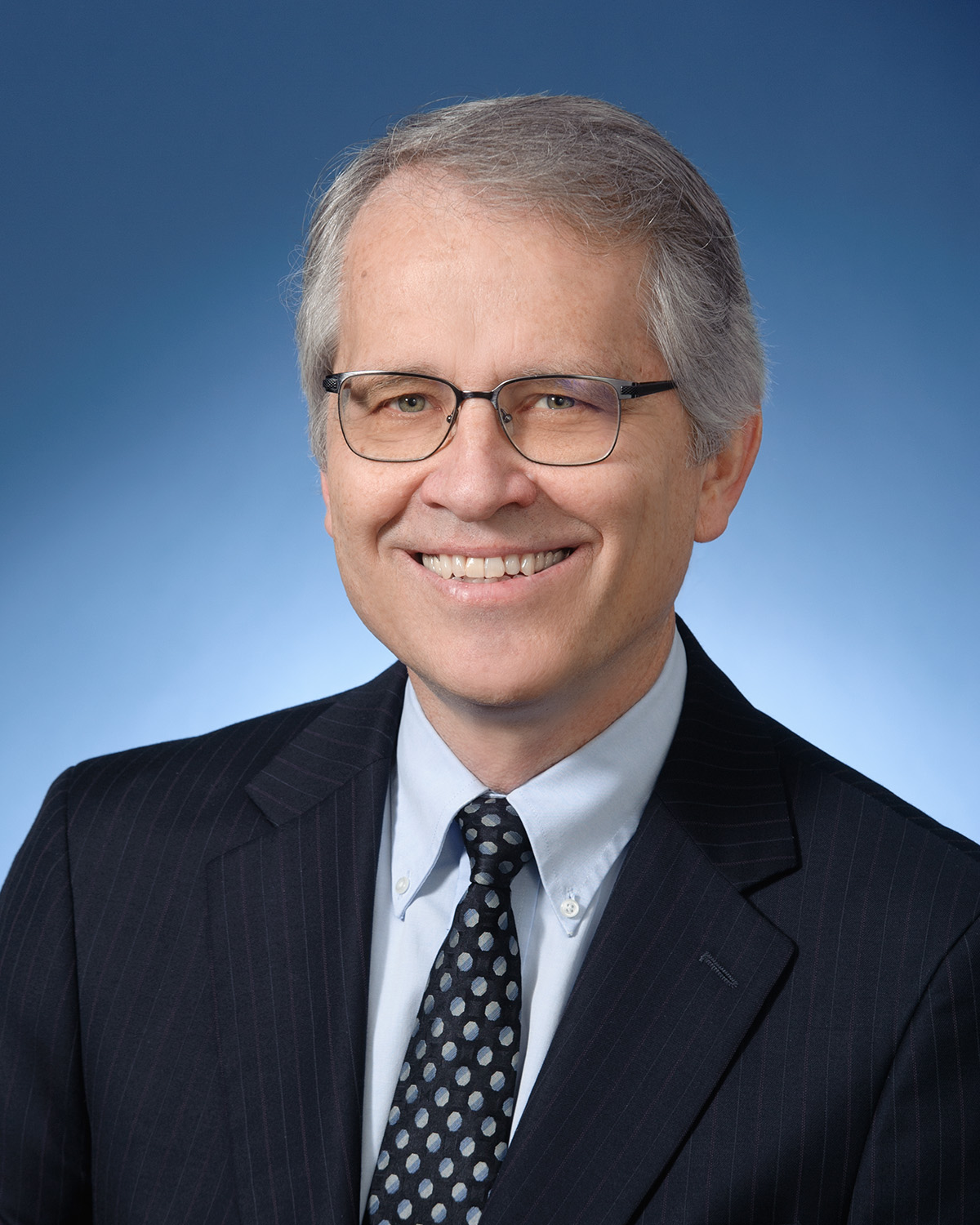 As financial markets collapse, a deep recession pushes state government to the brink of insolvency. The LAO plays a key role in helping the Legislature and the public understand the state's cash deficits and a 2009 budget shortfall eventually pegged at around $60 billion. Through written products, testimony, and many emails and phone calls, the LAO provides advice to legislators as they think through the major actions necessary to pass an emergency 2009 budget plan.

The voters pass Proposition 25, which reduces the vote threshold for passage of the budget from two-thirds to a simple majority.

The LAO celebrates 75 years of service to the Legislature. 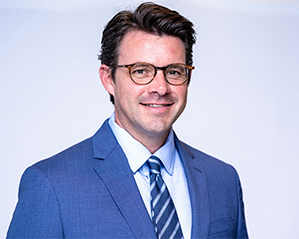