Taxpayers May Donate to Charities When Paying Income Tax. State taxpayers may voluntarily contribute to one or more charitable funds and programs when they file their personal income tax returns. As we show in Figure 1, this year's personal income tax return for the 2019 tax year includes 21 of these voluntary contribution funds. Many commonly refer to these as voluntary contribution tax “check-offs.” To contribute to one of these funds or programs, taxpayers specify the amount of money in the box next to the fund or funds to which they want to contribute. Their donations are then subtracted from their refunds or added to the amount owed. 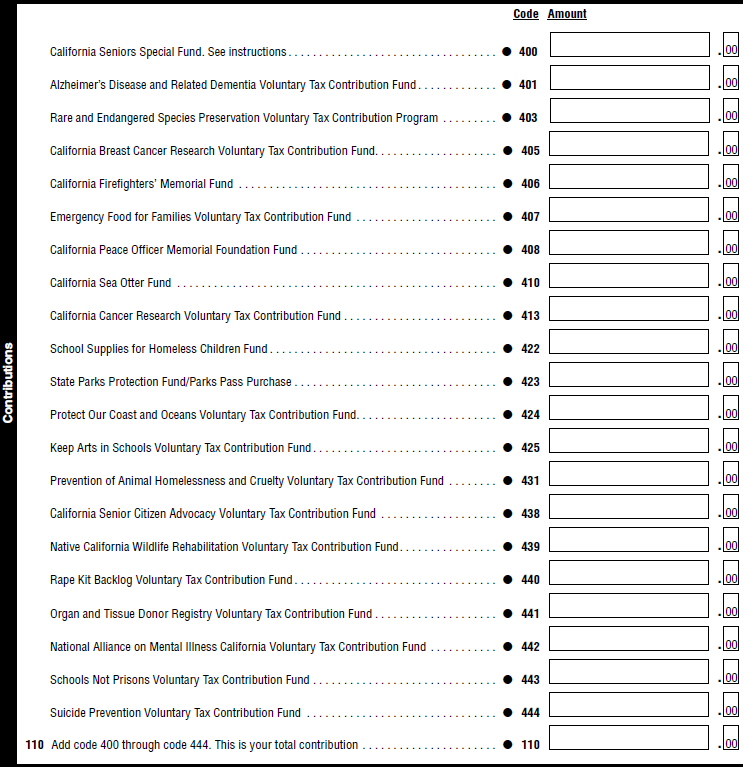 Tax Check-Off Donations Have Grown Significantly In Recent Years. Last year state taxpayers donated about $7.2 million to the available voluntary contribution funds. This was an increase of 3 percent over the $7 million donated in the prior year. As the figure below shows, only $3.6 million was donated in 2016. The Franchise Tax Board determined that a major tax preparation software publisher made changes to their product that likely contributed to this 40 percent decline in charitable contributions. 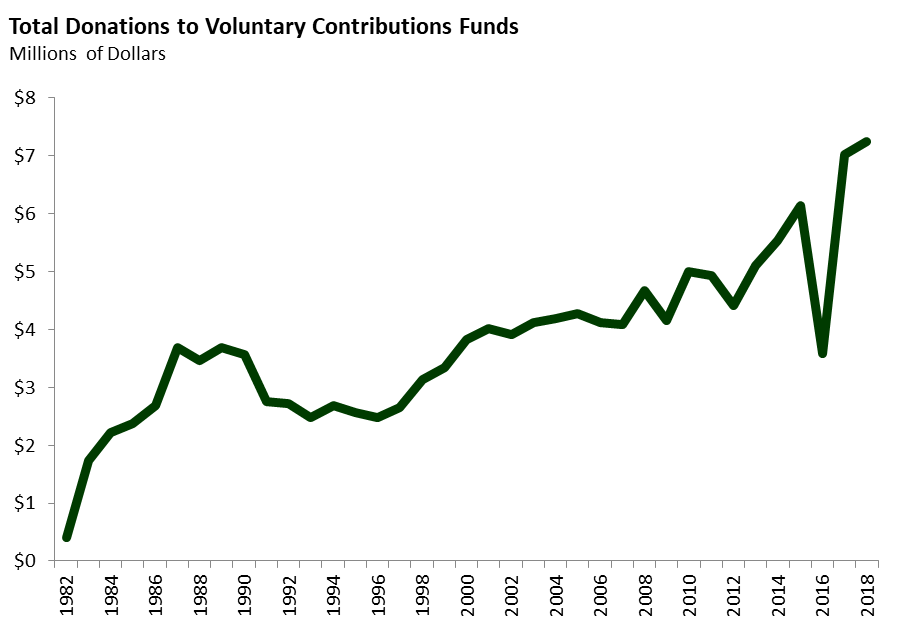 Seven Funds Removed for 2019 and One New Fund Added. Voluntary contribution tax check-offs are automatically repealed if they do not receive a minimum amount of contributions. Because of the software issue in 2016, the 2017 budget package reduced these minimum contribution requirements for that year. This led to a record number of 27 funds on the 2018 tax return—several more than could fit on a single page. Seven of these funds failed to meet their minimum contribution amounts and were removed from the 2019 tax return. FTB added one new fund—the Suicide Prevention Fund—to the 2019 tax return. The figure below describes the five voluntary contribution funds that received the largest amounts of contributions in 2018. The most successful fund—Rare & Endangered Species Preservation—received $619,223 in contributions from state taxpayers in 2018. 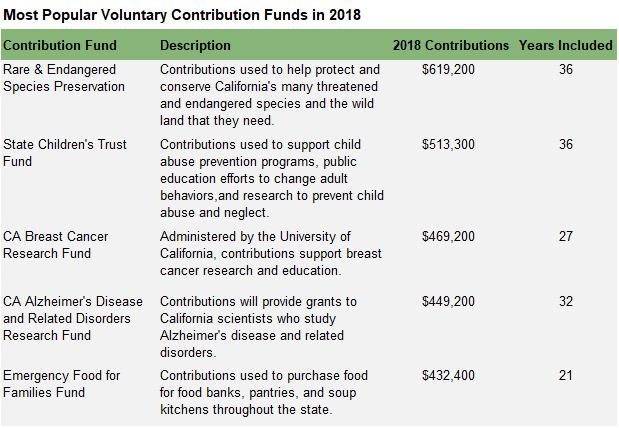