Second Quarter of 2020-21: $155 Million. The administration currently estimates that retail excise tax revenue was $123 million and cultivation tax revenue was $32 million in the second quarter of fiscal year 2020-21 (October through December).

Actual Downturn, or Incomplete Data? The $155 million revenue total noted above is 26% lower than the prior quarter’s total of $208 million. This apparent decline might be due to the postponement of a key tax payment deadline from the end of January to the end of April. The revenue picture will become clearer when the administration publishes a revised estimate in late May. 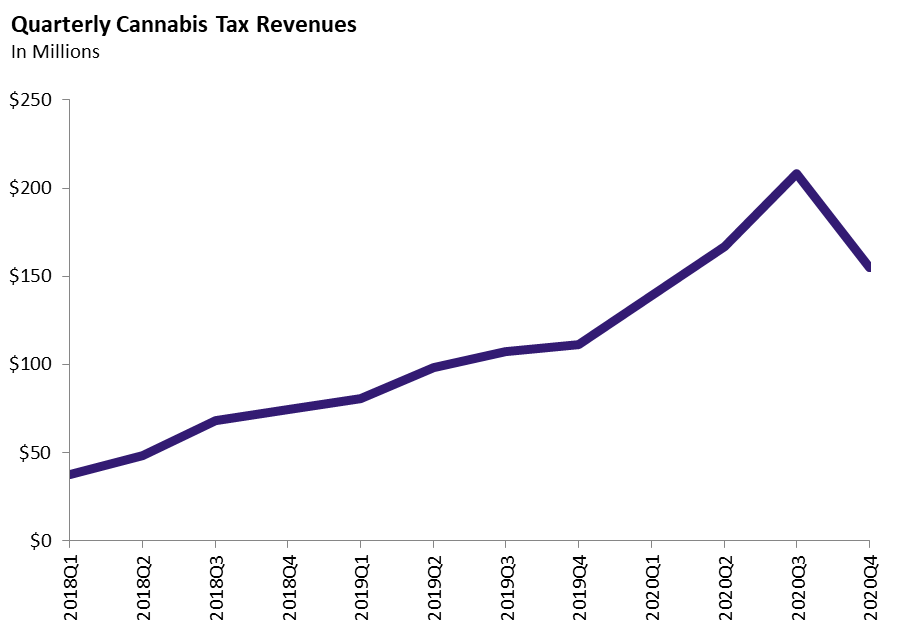