At the end of last year, the Pew Charitable Trusts published data and analysis on the state-by-state distribution of federal spending in federal fiscal year 2012-13. Until 2010, the U.S. Census Bureau published this information, but it discontinued the report and Pew prepared an analysis to fill the gap. The Pew data show various measures of federal spending in California.

California Receives More Federal Money Than Any Other State. In FFY 2012-13, California received $343 billion in federal spending. As shown in Figure 1, that amount was more than any other state received and about $100 billion more than the next largest recipient of federal funds, Texas. In absolute terms, California receives the largest quantity of federal funding because it has the nation’s largest population. 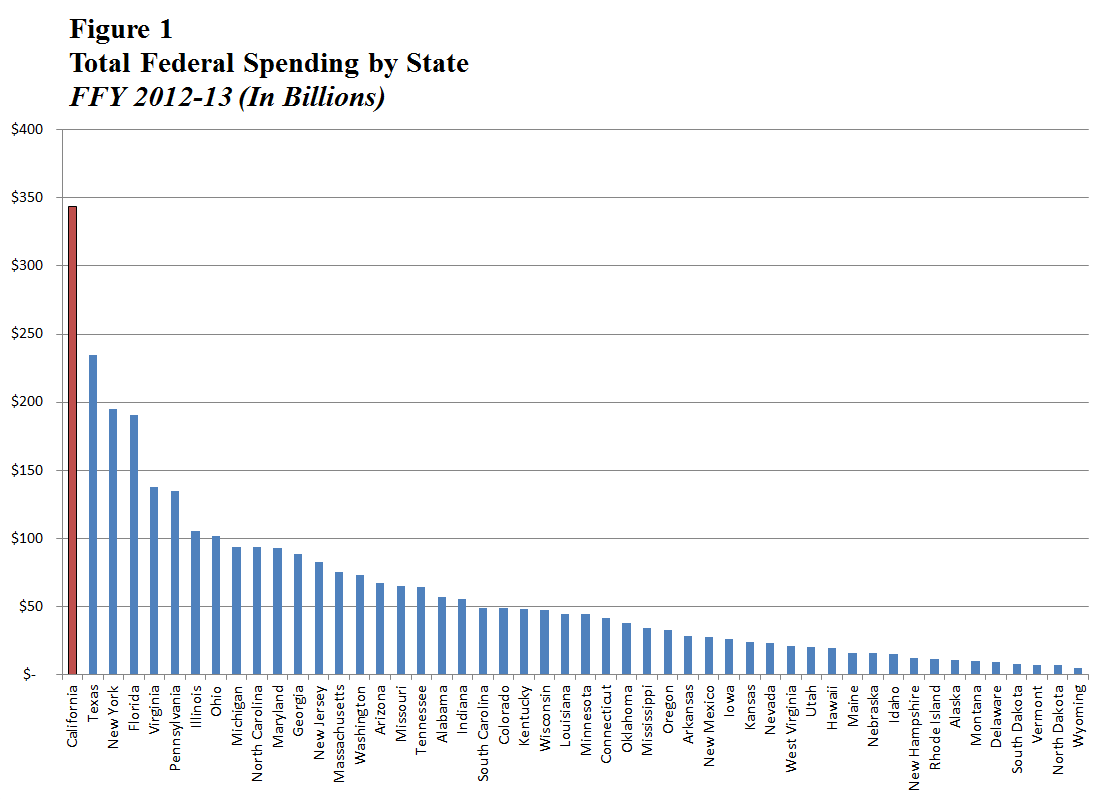 Pew divides this spending into five categories, as shown in Figure 2: 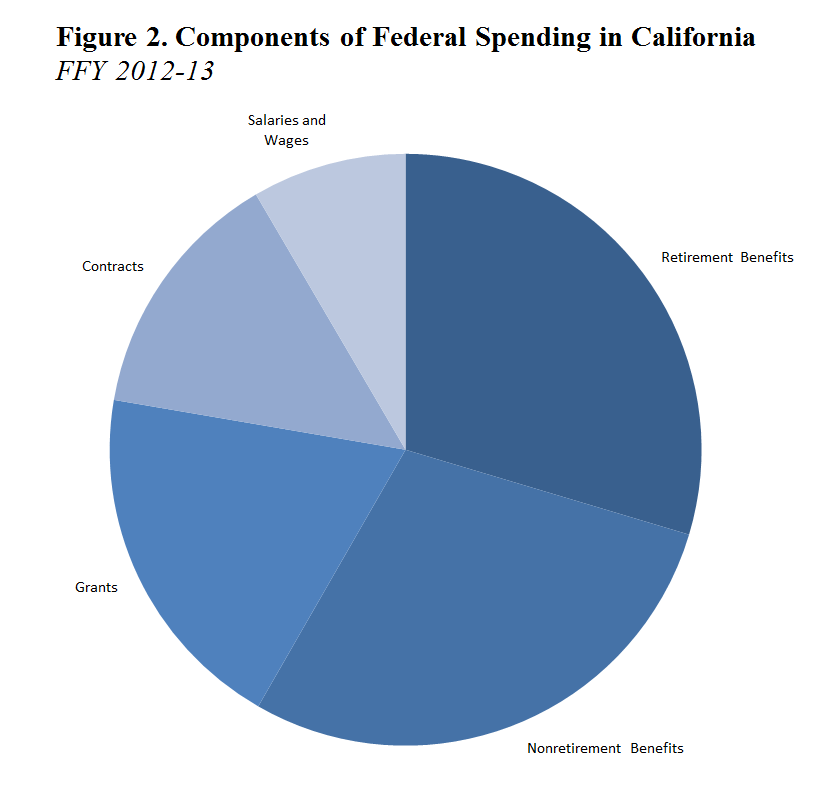 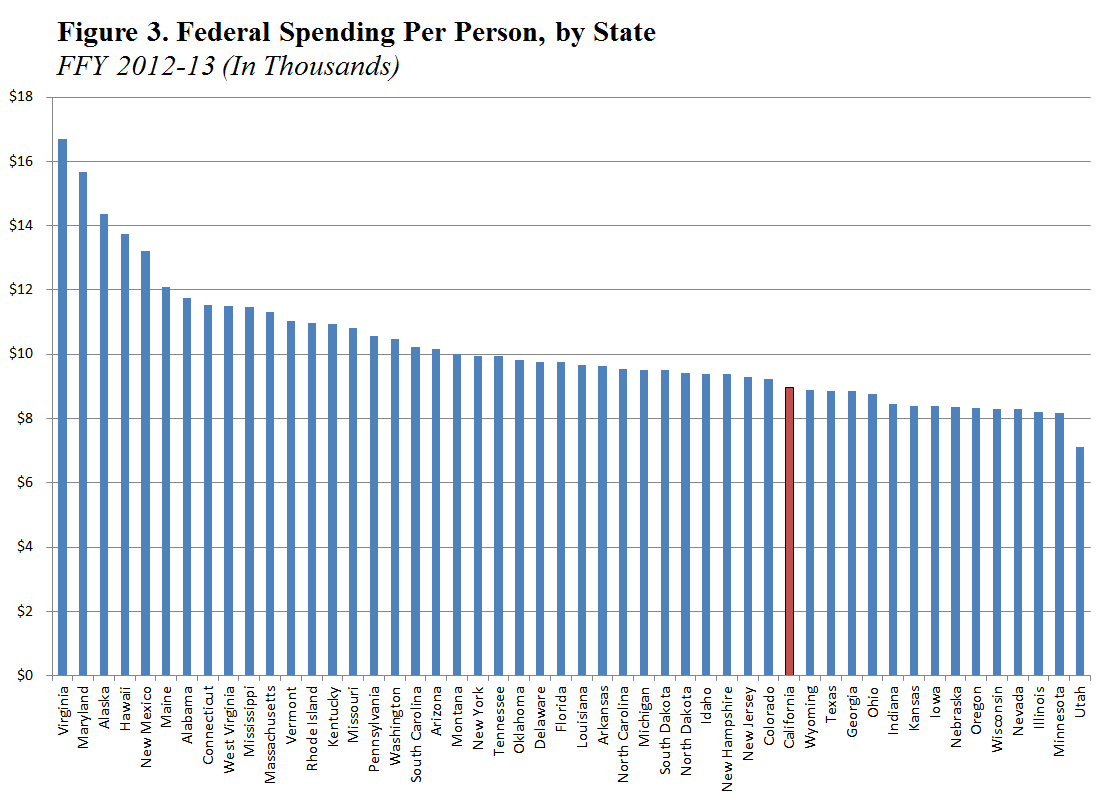 Compared to Other States, Federal Spending Also Accounts for Small Share of California’s Economy. As shown in Figure 4, federal funding is equivalent to less than 16 percent of California’s statewide economic activity, which is lower than the national average of 19 percent. These shares range from about 33 percent in Mississippi to less than 12 percent in Wyoming. Using this measure, California ranks 39th. We can explain this relatively low ranking with California’s relative economic size and wealth. California has a large economy in part because its population is large, but also because Californians have higher incomes relative to the rest of the United States. In 2012, for example, California’s income per capita was about $44,980, higher than the U.S. average of $42,693, ranking the state 8th overall. 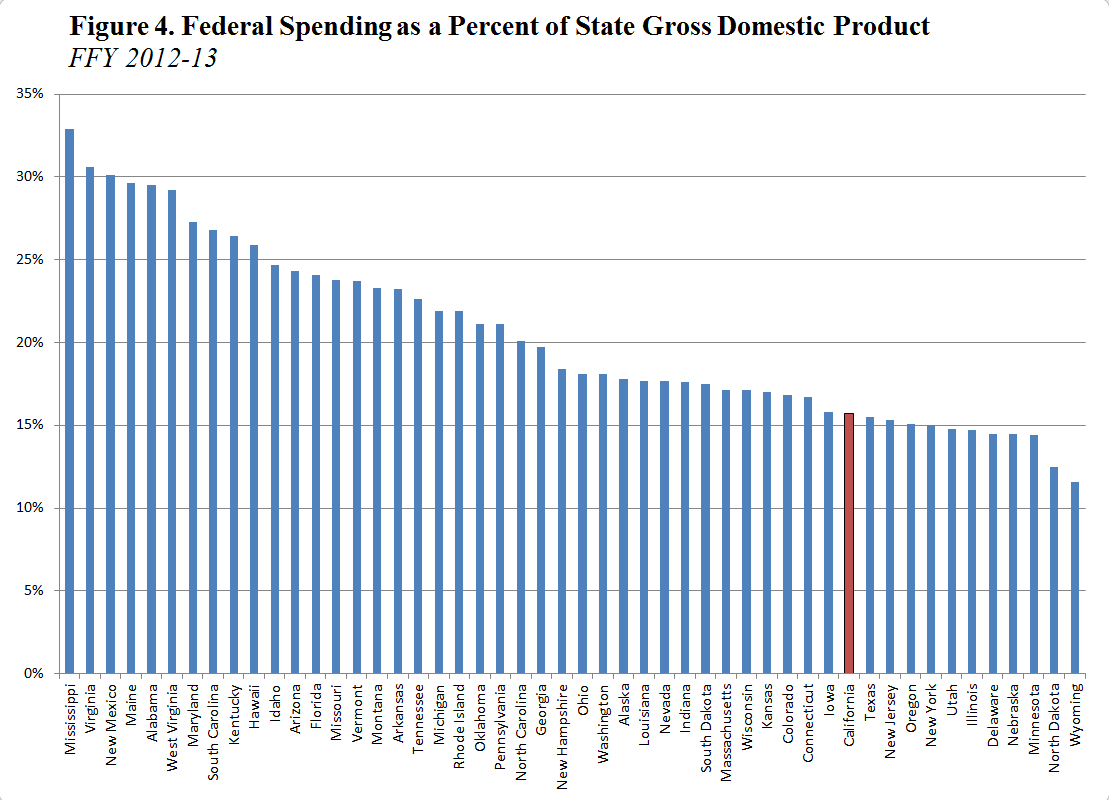