May Revision: Wage and Salary Estimates

Wages and salaries typically account for about 60% of total revenue from the personal income tax, which is the state government's largest revenue source. In making projections concerning the state budget, both the administration and our office have to consider historical wage and salary data and make estimates about future changes in wages and salaries. This post provides some background on our respective wage and salary estimates, as of the 2016 May Revision.

U.S. and California Economic Models. In California and other states, budget projections begin with a process of modeling the possible future track for the U.S. economy. Both our office and the administration use national economic analysis firms to help us develop our multiyear assumptions for the U.S. economy. Our office, for example, contracts with Moody's Analytics for this purpose. We then use those U.S. economic assumptions to develop multiyear scenarios for what might happen to California's economy. (We summarized the LAO and administration May 2016 economic scenarios here.)

Bureau of Economic Analysis (BEA) Measurement of Wages and Salaries. The economic statistic known as "personal income" is a broad measure of the economy that we use frequently to gauge national and state-level economic performance. The largest component of personal income, as defined by the U.S. BEA, is the category called "wages and salaries." According to BEA data, wages and salaries made up $1.06 trillion of California's $2.06 trillion of total personal income in 2015. Wages and salaries are measured before deductions such as payroll taxes and employee pension contributions are taken out and include commissions, tips, bonuses, gains from exercising certain stock options, and deferred compensation such as 401(k) contributions. 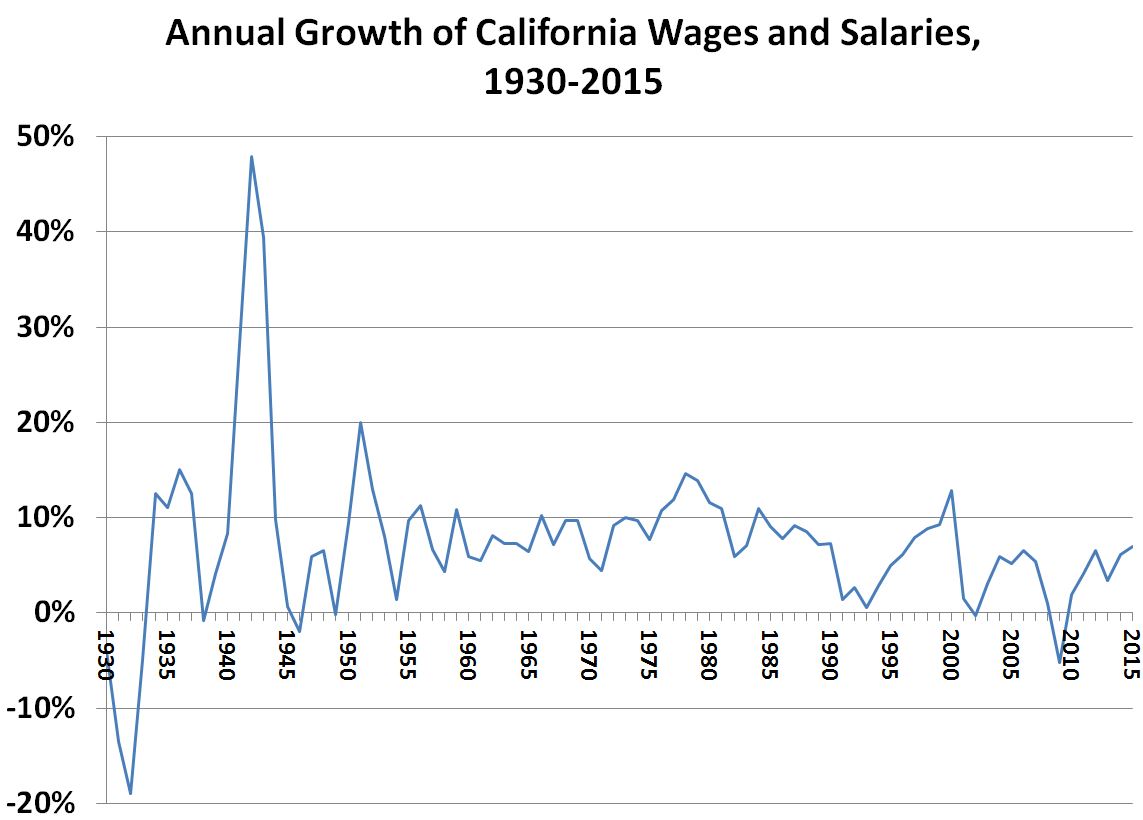 LAO and Administration Economic Scenarios. Each year, when our office and the administration release our economic scenarios, our office summarizes them in tables that show our respective assumptions concerning the annual growth of BEA-defined personal income in California. The key component of this annual growth relates to wages and salaries. As of the 2016 May Revision, our respective economic scenarios included the projections shown below concerning personal income growth and wage and salary growth in California.

How We Make These Estimates. Based on the assumptions in the economic scenario we are using, we make estimates of BEA-defined total wages and salaries for California. Starting with the most recent quarter for which we have data as a baseline (for our May 2016 estimates, the latest data we had was for the fourth quarter of 2015), our projected percentage change in wages and salaries for each quarter is the sum of percentage changes in three components:

For example, for the second quarter of 2016, our economic growth scenario estimates are that statewide jobs will grow 0.49% and national average wages will grow 0.89%. Assuming that California average wages grow 0.05 percentage points faster than the nation, this means there would be a 1.43% increase in statewide wages and salaries in that quarter (that is, 0.49 + 0.89 + 0.05 = 1.43).

Taxable Wages and Salaries. For federal tax purposes, wages and salaries are broadly defined as all pay that employees receive for services they perform for their employers. This includes irregular wage payments such as bonuses, commissions, and overtime pay, tips from customers, and various forms of noncash compensation such as certain employee stock options and fringe benefits like employee discounts and the use of employer-owned vehicles. This is all detailed in Internal Revenue Service Publication 15. California’s definition of taxable wages and salaries conforms very closely to the federal definition, and the annual difference between the state and federal totals amounts to less than 0.1 percent. 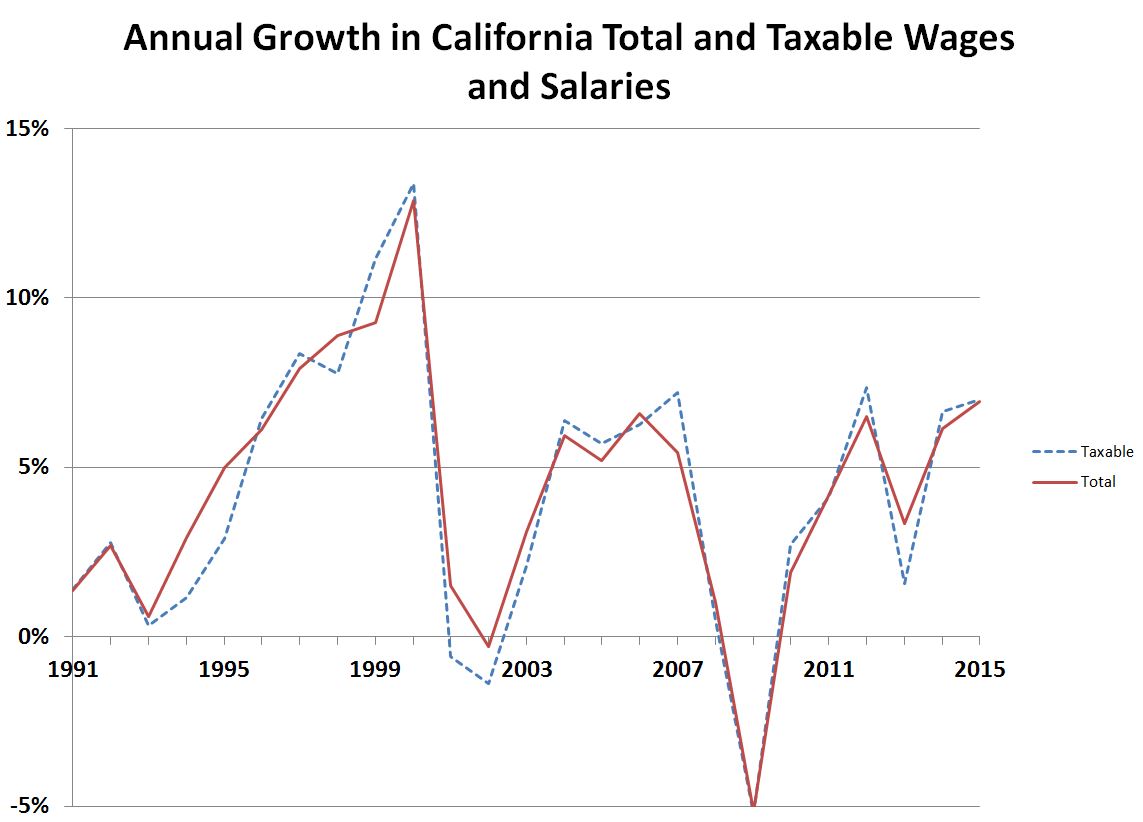 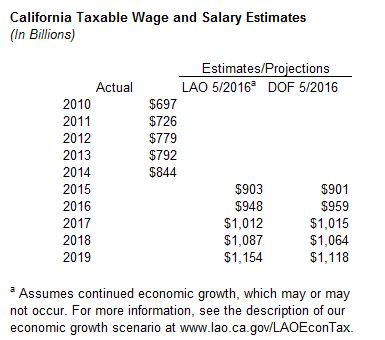