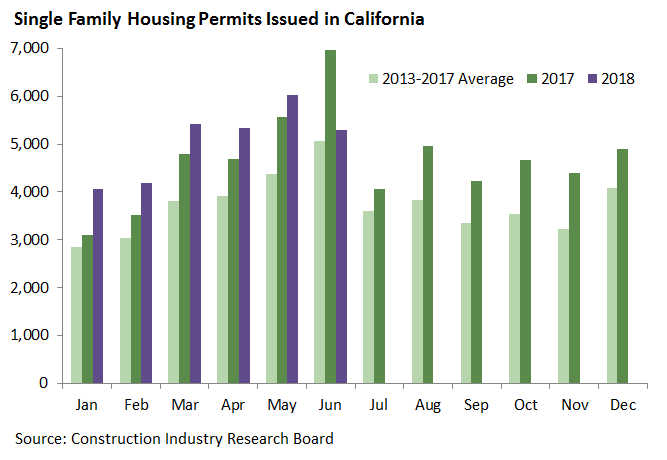 Multifamily housing units (33,608) account for the other half of the statewide total. Despite  falling somewhat below the number of permits issued a year ago, June was a relatively strong month for multifamily permits. June was only the second month in the past five years to exceed 8,000 permits. Overall, multifamily permits are up 10 percent through the first half of 2018 compared to 2017. 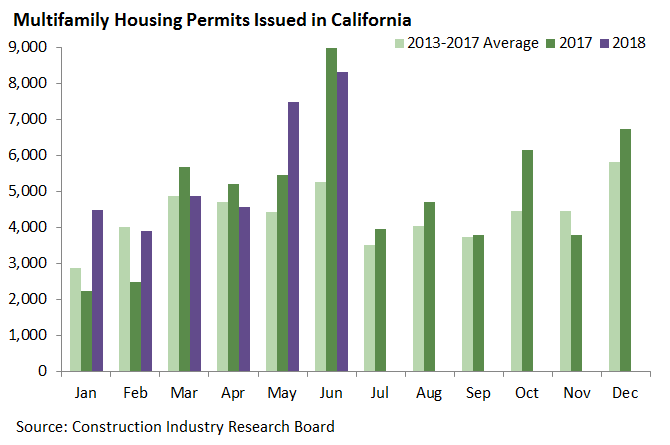 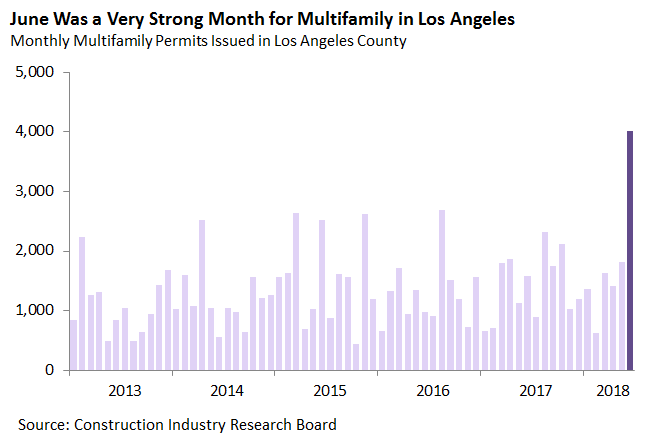