Multifamily housing units (25,500) have made up about half of the permits issued in 2019. Multifamily permits have been notably weak in recent months, falling below prior year by 44 percent in May and 51 percent in June. Overall, multifamily permitting is down 24 percent through the first half of 2019 as compared to 2018. 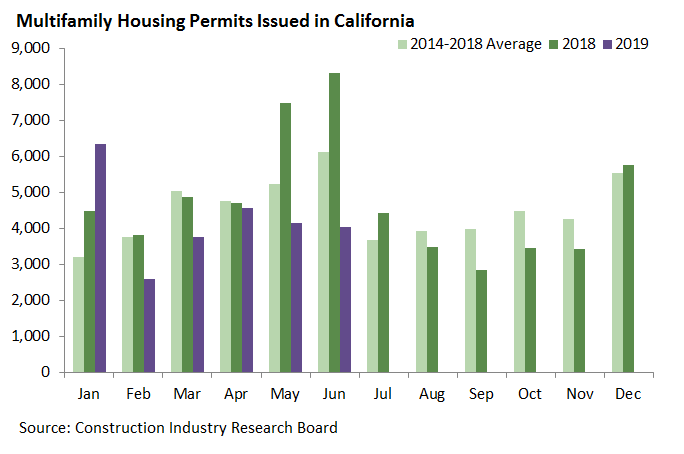 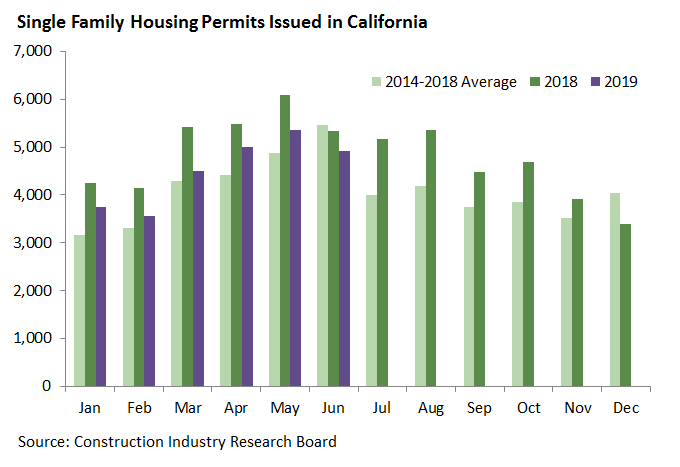 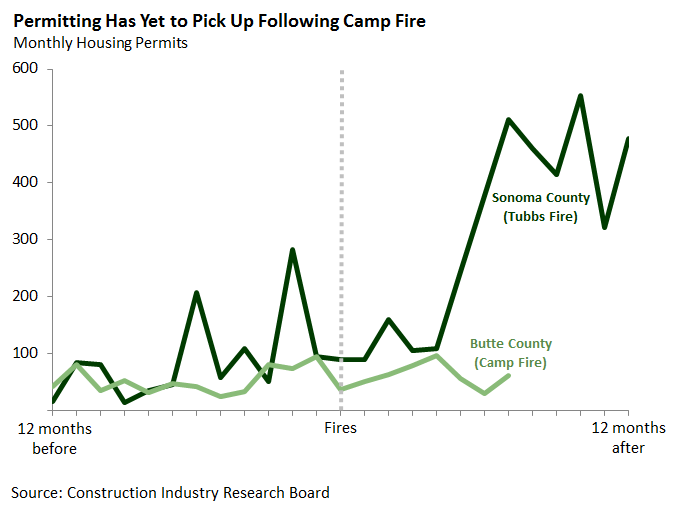