A Look at Household Debt in California

Looking at how much households are borrowing can provide insights about the current and future health of the state’s economy. Several recent studies have found that periods when growth in household debt outpaces growth in incomes often are followed by economic slowdowns. Households accumulate high amount of debt to pay for purchases during good times, boosting economic activity to unsustainable levels. Eventually, households’ incomes can no longer support additional borrowing. As a result, they cut back their spending and an economic slowdown ensues.

Although California is currently in one of the longest economic expansion on record, there is little evidence the economy is being propped up by borrowing. Household debt in California is the lowest it has been for some time. As of the end of 2019, California households had about $0.80 of debt for each dollar of personal income. This is down from about $1 five years ago and $1.50 at the peak of the Great Recession.

Mortgage loans are the largest component of household debt. After significantly expanding during the housing bubble of the mid-2000s, California’s mortgage debt (as a share of personal income) has declined consistently in recent years. In 2019, Californians had $0.7 of mortgage debt for each dollar of personal income, down from $1.25 in 2007. Mortgage delinquencies, similarly, have returned to low levels after spiking during the Great Recession. 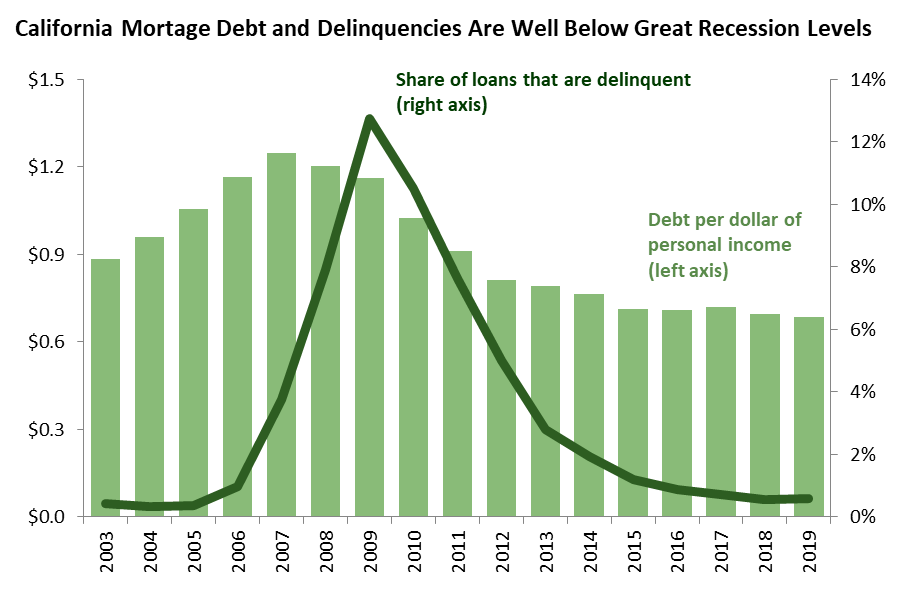 Other major sources of household debt include auto loans, credit cards, and student loans. In 2019, Californians had $0.16 of debt from these three sources for each dollar of personal income. 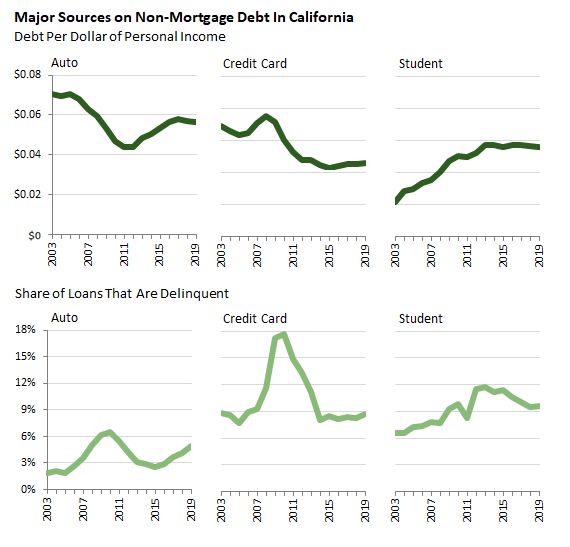 While Californian’s household balance sheets generally appear to be in good shape, a potential area of concern is rising delinquency rates on auto loans. Since 2015, the share of loans delinquent for 90 or more days has almost doubled, from 2.6 percent to 4.9 percent. Consistent with rising distress among auto loan borrowers, new car purchases in California have slowed over the last few years, as can be seen in the figure below. While a slowdown in the auto sector, by itself, is unlikely to create a significant drag on the state’s economy, it could have fiscal implications for the state and local governments. New car purchases are a major category of taxable sales, so this trend likely is placing some drag on state and local sales tax collections. 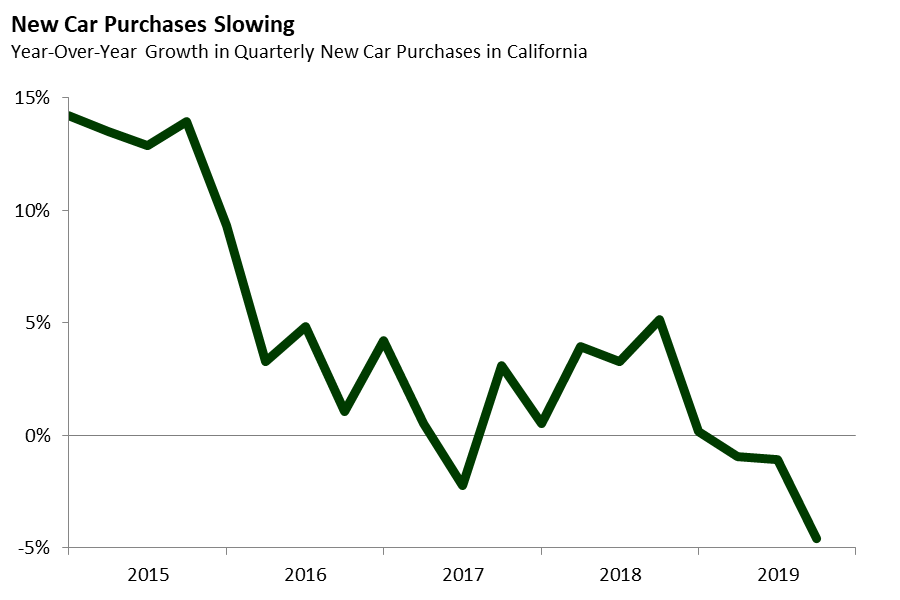