Initial Claims Count Similar to Recent Weeks. California had 258,060 initial claims between May 31 and June 6. Claims have remained steady in the neighborhood of 200,000 to 250,000 for the last month. The claims total for last week remained well above the record high prior to the COVID-19 outbreak of 115,462 in January 2010. 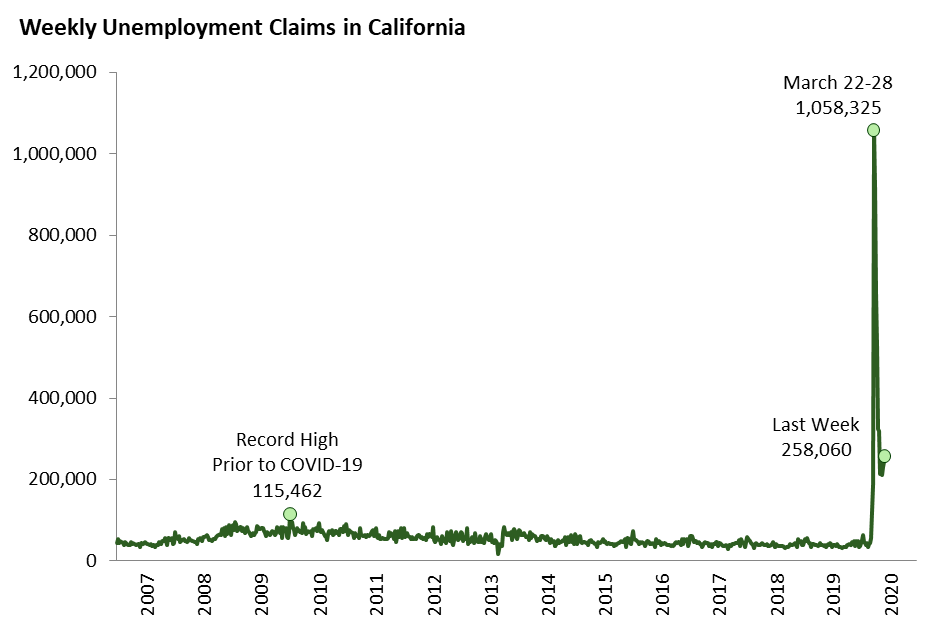 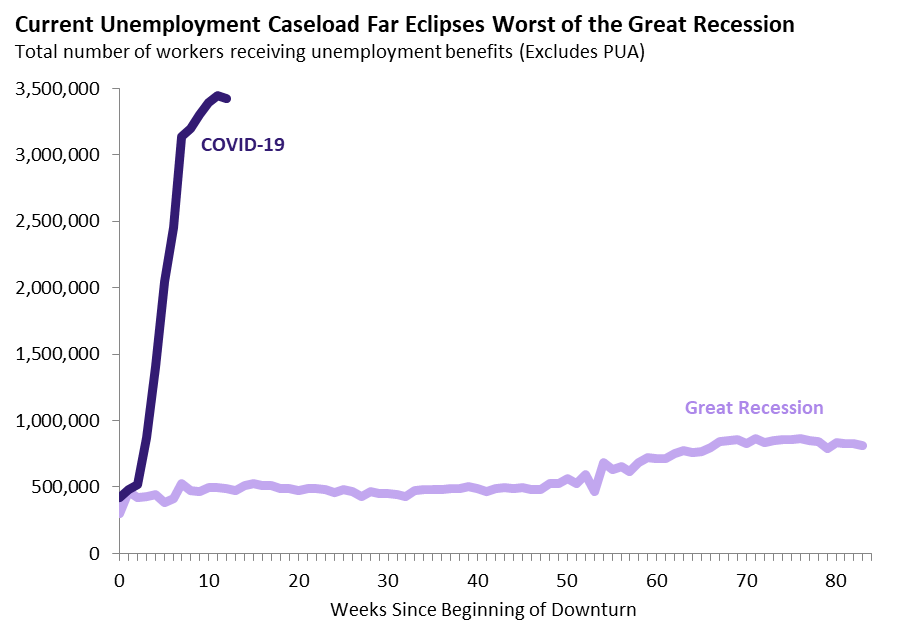