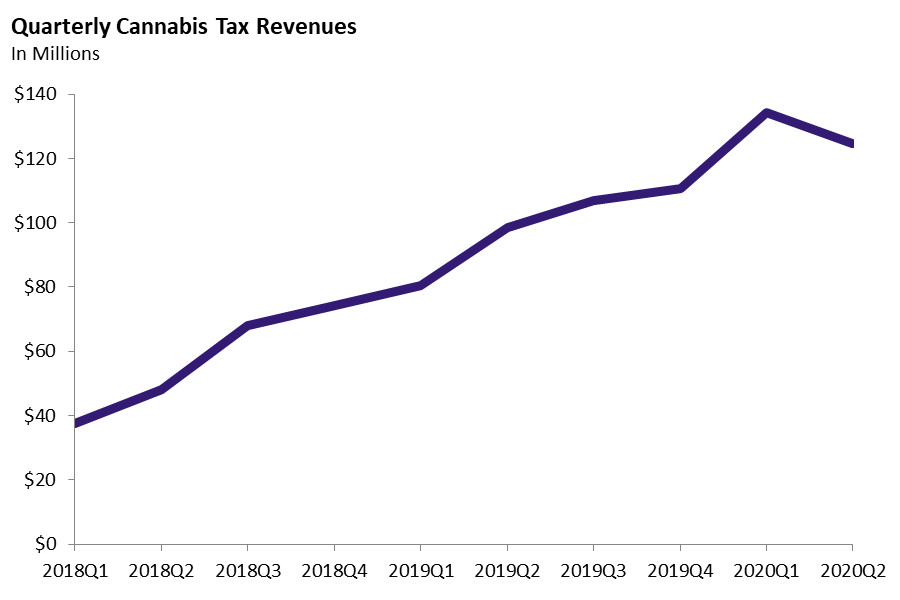 Why Such Strong Growth in the Prior Quarter? One reason for the strong revenue growth in the third quarter of 2019-20 might be consumer stockpiling in the early days of the COVID-19 crisis. Another reason might be administrative rate adjustments that took effect January 1. Over time, these statutorily required adjustments are supposed to align actual tax rates with the rates established by Proposition 64. In this case, the effective retail excise tax rate increased by 12.5 percent and the effective cultivation tax rates increased by 4.3 to 4.7 percent.