As a result of the COVID-19 pandemic, California has experienced an unprecedented rise in unemployment. Through March and April, the key measure that captured the impact of the virus on the state’s workers was the number of new unemployment claims being filed each week. Equally important going forward, however, will be the level of continued claims—the total number of people receiving unemployment benefits each week. Should continued claims decline, it could signal that some businesses are bringing workers back. Should continued claims remain steady or keep rising, however, it could signal that a rapid recovery is less likely.

In Uptick, Claims from Self-Employed Workers Surpass Regular Claims. California processed 209,516 claims for regular unemployment insurance between August 16 and August 22. For the first time since the pandemic began, the state processed more self-employment claims—259,735 between August 16 and August 22—than regular claims. Together, the number of regular and self-employment claims processed increased by nearly 100,000 over the prior week. 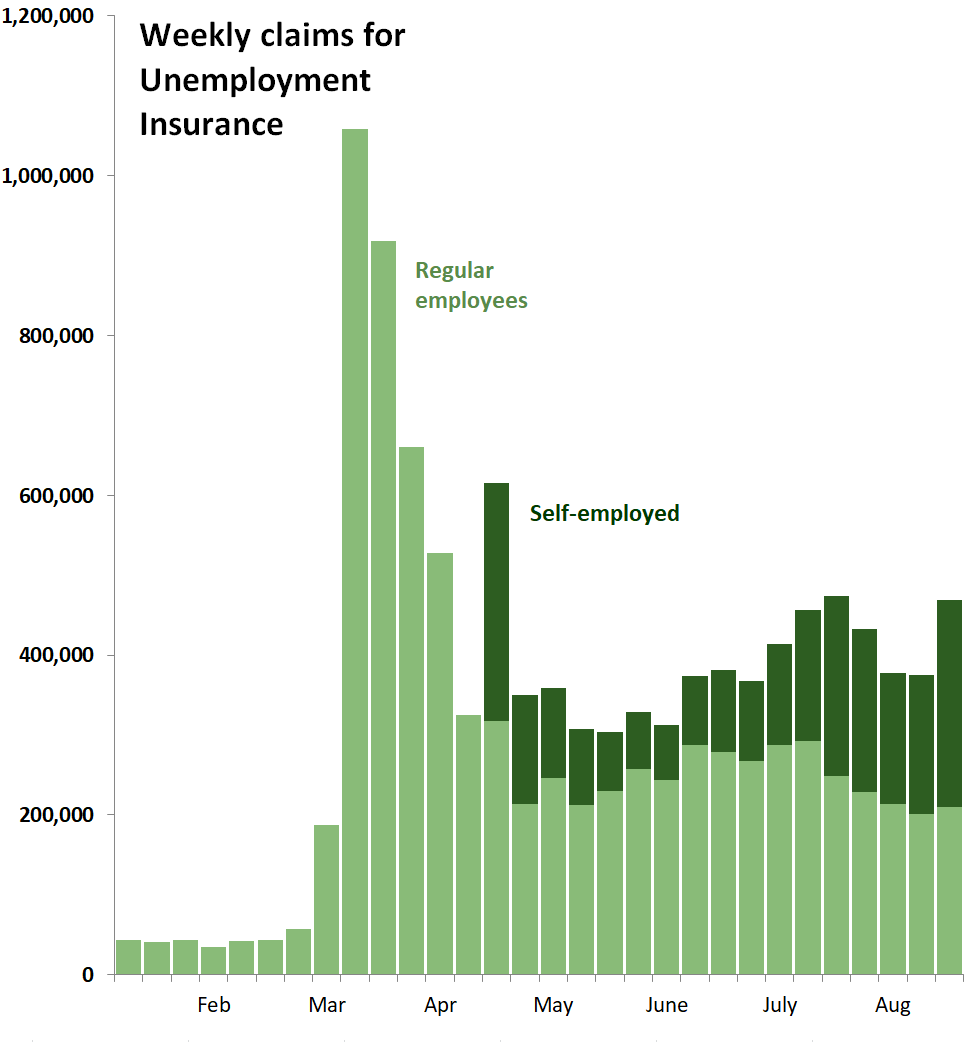 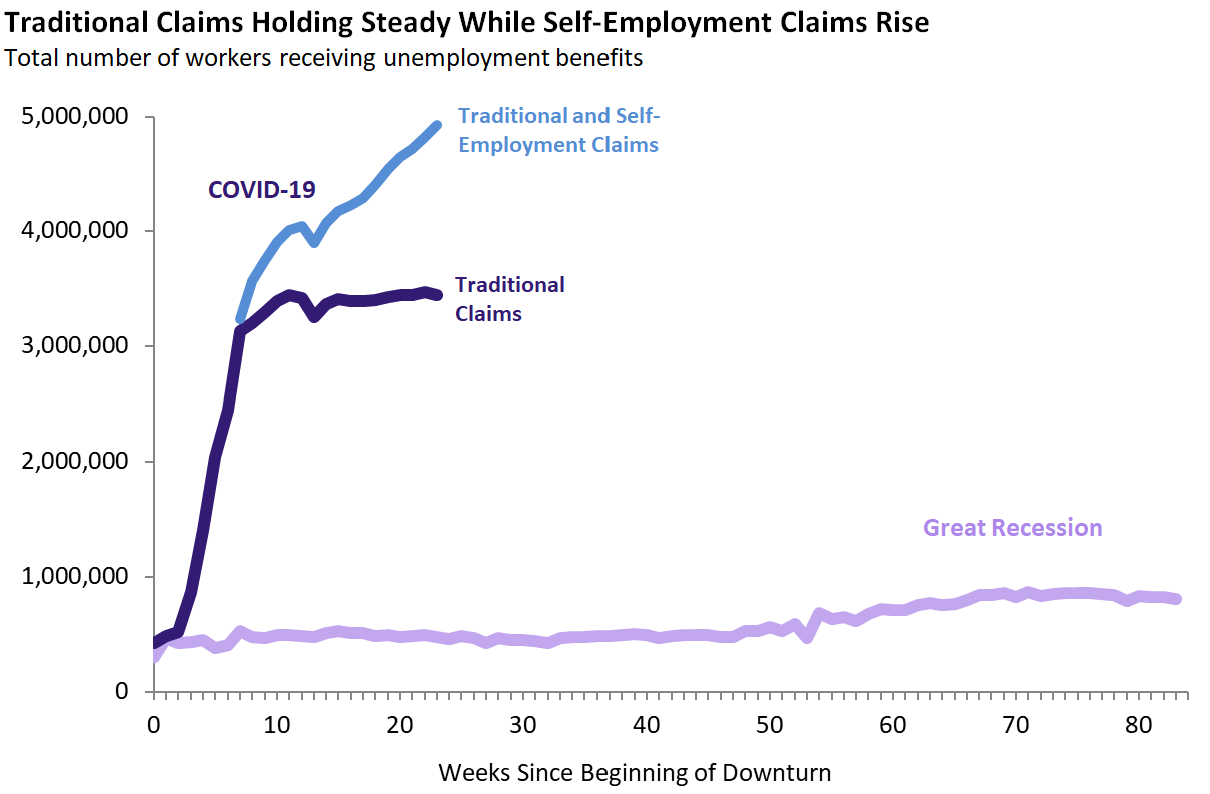 Federal Dollars Have Covered Nearly Three-Quarters of COVID-19 Benefit Payments. Since the pandemic began in March, as shown in the figure below, the state has issued $71 billion in unemployment insurance benefits with nearly three-quarters of that amount from new federal programs. On average, since April, the state has issued about $4 billion in benefit payments each week. Although one major source of federal funding—the $600 weekly add-on—expired at the end of July, benefit payments from the federal program for self-employed workers have increased steadily since the program began in April. 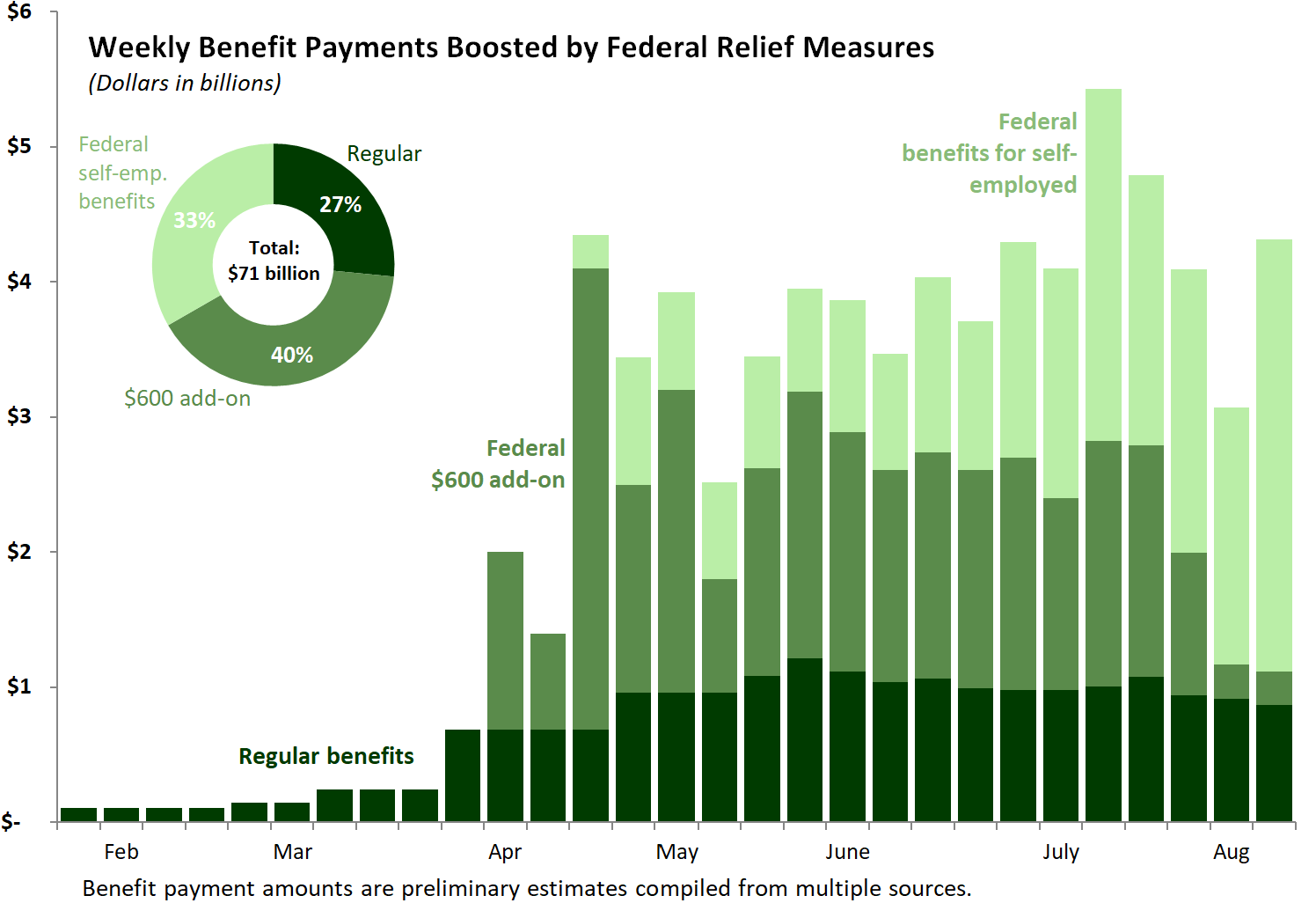