The extent of new business creation in California can be an important gauge of the health of the state’s economy. Past research suggests that new businesses account for a sizeable portion of job creation and also are more sensitive to swings in economic conditions than older businesses. Our own analysis of business formation data in California suggests that it typically has been a leading indicator of changes in unemployment. 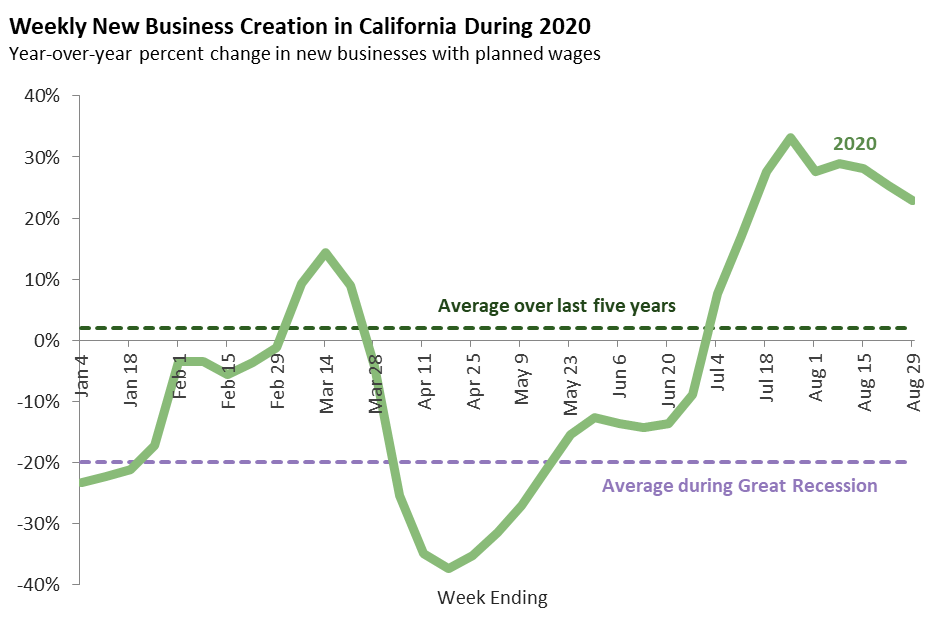