As a result of the COVID-19 pandemic, California has experienced an unprecedented rise in unemployment. Through March and April, the key measure that captured the impact of the virus on the state’s workers was the number of new unemployment claims being filed each week. Equally important going forward, however, will be the level of continued claims—the total number of people receiving unemployment benefits each week. Should continued claims decline, it could signal that some businesses are bringing workers back. Should continued claims keep rising, however, it could signal that a V-shaped recovery may be less likely. Note: Previous versions of this post included data on claims paid under Pandemic Unemployment Assistance (PUA)—a new program that provides unemployment insurance for self-employed workers. We recently became aware of an issue regarding the quality of PUA claims data and, therefore, have removed this data from our post.

Claims for Unemployment Insurance Remain Elevated. California processed 237,516 claims for regular unemployment insurance between August 30 and September 5. This amount is generally consistent with levels seen since the initial pandemic workload peaked and then subsided in late March and early April. 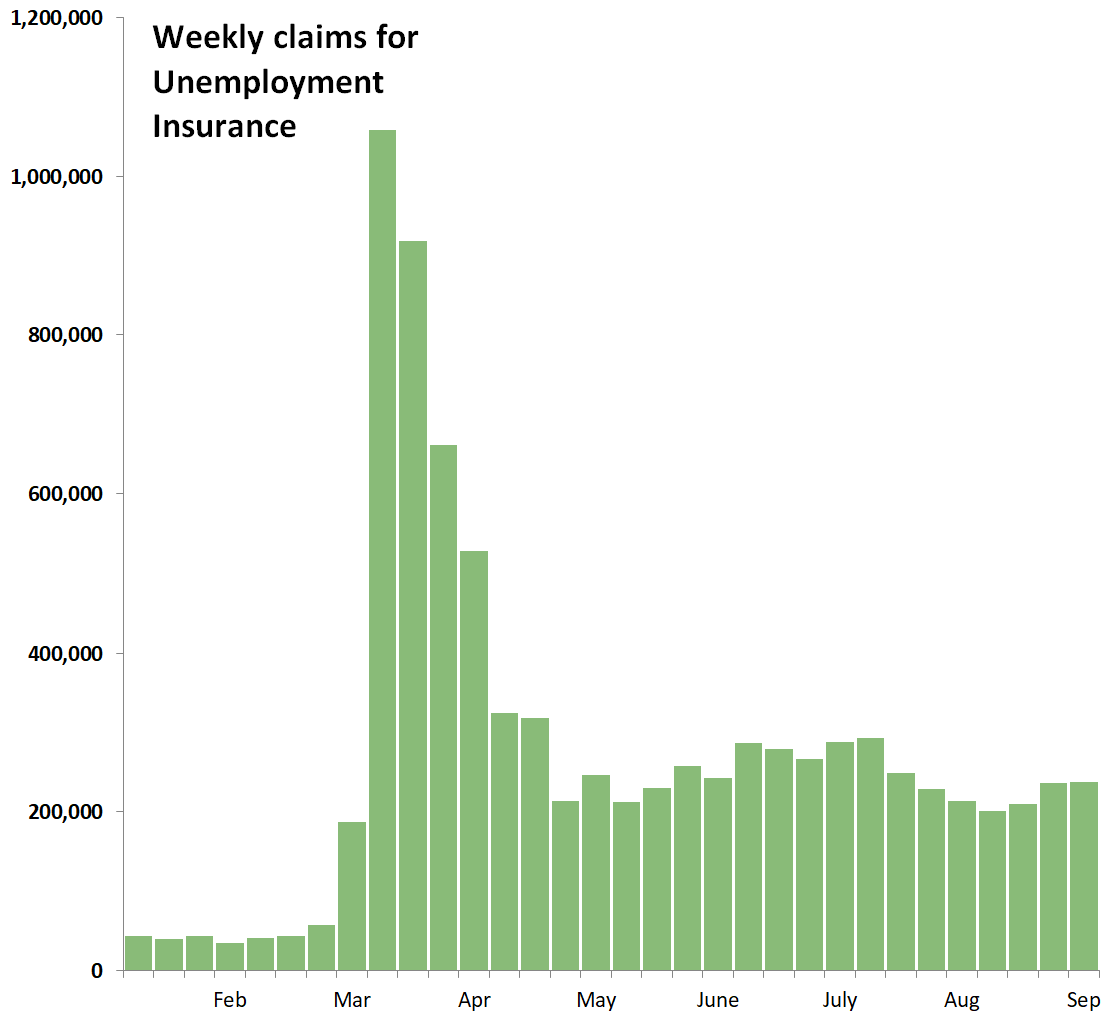 Regular Continued Claims Hold Steady at 3.4 Million. As of September 5, California had 3.4 million employees receiving regular unemployment benefits, roughly level with the recent peak. As shown in the figure, this level far exceeds the number of workers who received unemployment benefits during the Great Recession. 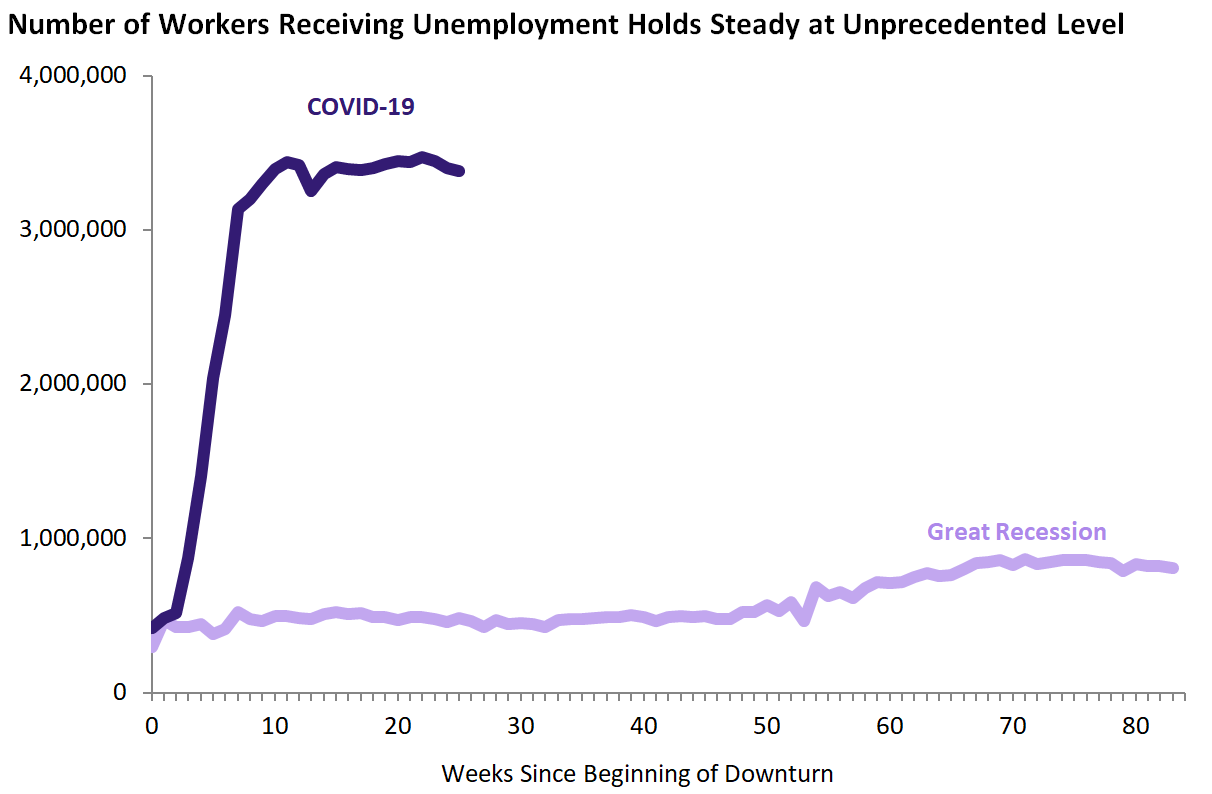