The October total of 5,768 single family permits was the highest since May 2018 and the biggest October total since 2006. Single family activity has rebounded strongly since the pandemic-driven spring slump, as prices have been rising in most of the state’s metropolitan areas. 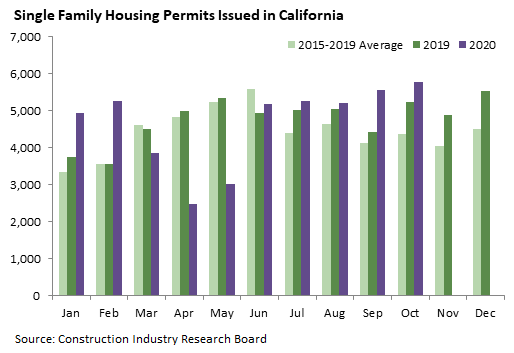 In contrast, the multifamily housing permit total of 2,339 was the lowest monthly total since January 2017, the lowest October total since 2011, and the third straight month that was at least 30 percent below the same month in 2019. 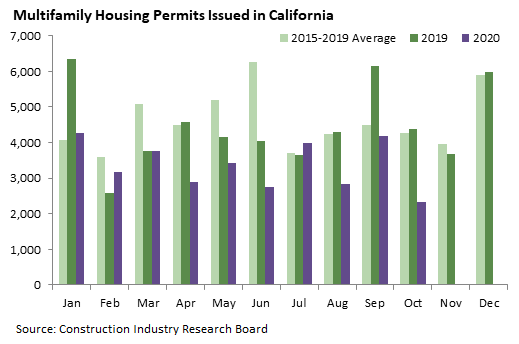 Nonresidential construction permit activity remains weak. The October total of $1.546 billion was barely half the October 2019 figure. The 2020 figures have fallen short of the 2015-19 averages by an increasing amount in each of the last four months. The commercial category (office, retail, hotels) recorded just $263 million of new permits, the lowest monthly total since January 2013. 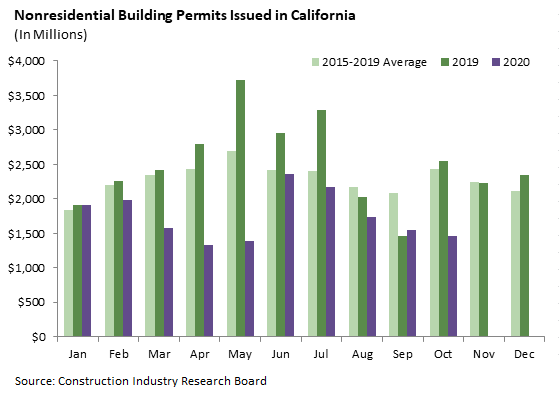 The combination of high single family activity, low multifamily activity, and very weak commercial construction suggests that people expect remote work to be a viable long-term prospect for a big share of the workforce.