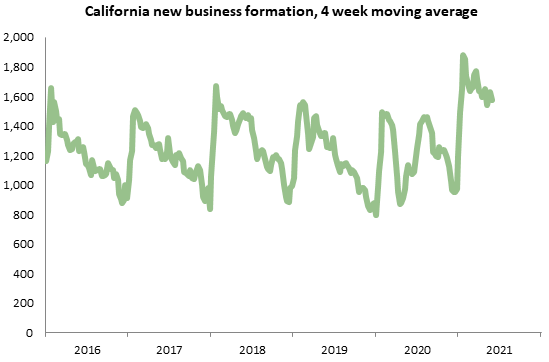 The next graph below shows the four-week average growth rate in 2020-21 relative to the same week in 2019-20. Growth in new business creation has been heightened since last July. The year over year growth rate in May was much lower than in April, which largely reflects the easing of some pandemic restrictions in May 2020. As the previous graph shows, business formation in May 2021 was little changed from April 2021. 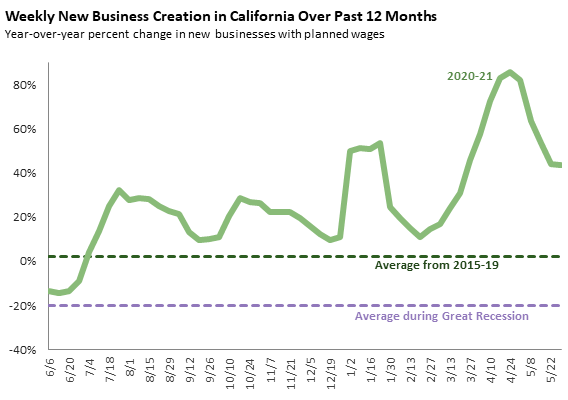