July’s total of 5,377 single family permits again exceeded the recent average for the month, although the last three months have been closer to the recent monthly average than the year’s first four months were. Single family activity has rebounded since last spring’s pandemic-driven slump, as prices have risen sharply in most of the state. The Inland Empire, Sacramento, and Los Angeles metro areas had the most permits in that order, which is the typical pattern. 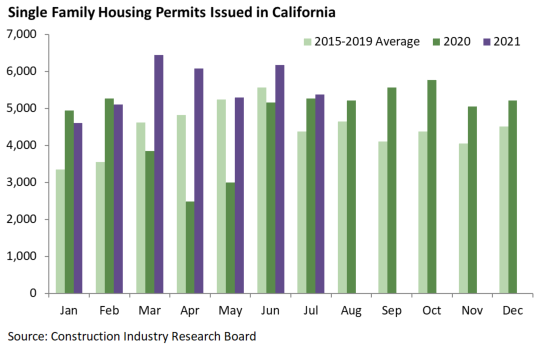 California builders recorded 4,298 multifamily permits in July. Multifamily activity has been unremarkable all year, and July was no exception. Los Angeles County permitted 1,765 units, but no other metro area had as many as 500. 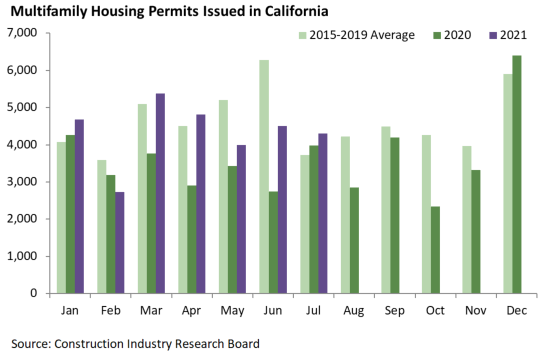 Nonresidential construction permit remains historically weak, and July’s total of $937 million was the single lowest monthly figure since 2012, when the state’s economy was far smaller and the price level lower. The commercial category recorded its lowest monthly total since 2012, the industrial category its lowest since April 2020, and the ‘other nonresidential’ its lowest since 2014. Alterations of existing buildings, which has become by far the largest category, recorded a number that was close to the monthly average since the start of the pandemic.