As described in our recent report, Understanding California’s Sales Tax, California’s major population centers include cities and counties with a wide range of sales tax rates. The top panel of the figure below illustrates this variation in part of the Bay Area and some surrounding counties. Several cities in this area have 10 percent rates, while nearby Stanislaus County has a 7.6 percent rate—one-eighth of a cent above the minimum. The bottom panel of the figure displays sales tax rates in the Los Angeles region. Here, Ventura County has the lowest rate—7.5 percent—while three cities in Los Angeles County have 10 percent rates. 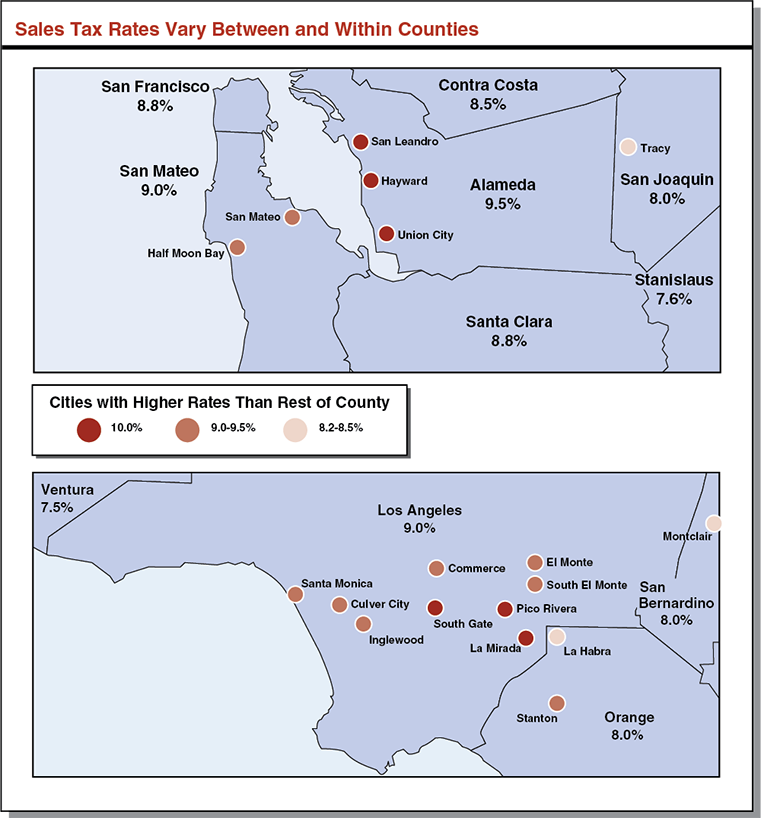