In our March 2015 report, California’s High Housing Costs: Causes and Consequences, we highlighted the rapid rise in California’s housing costs in recent decades. In this post, we discuss one of the likely consequences of these rising costs: intergenerational differences in homeownership and housing costs. 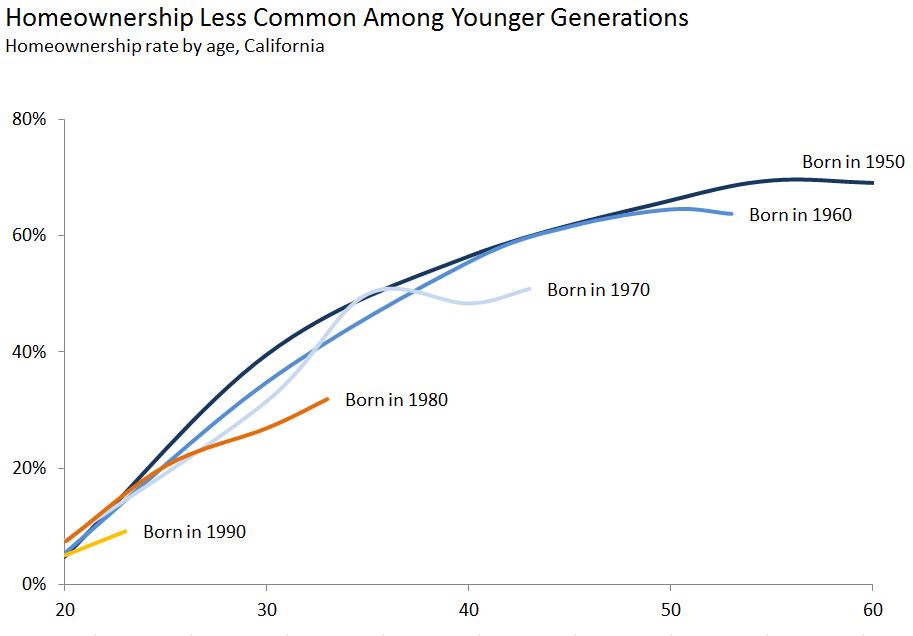 Homeownership Less Common Among Younger Generations. In general, as illustrated above, California’s current generations of 20 and 30 year olds are less likely to own a home than earlier generations in their 20s and 30s. 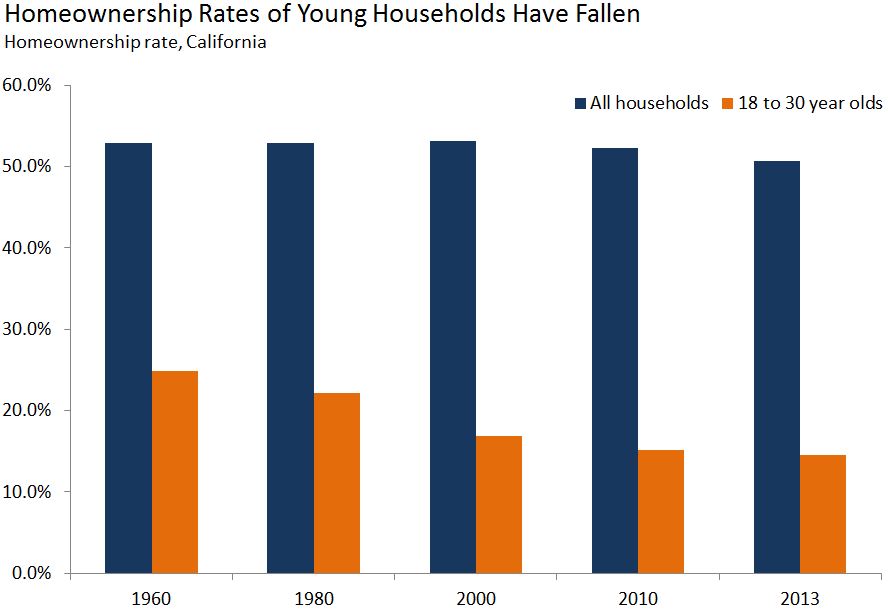 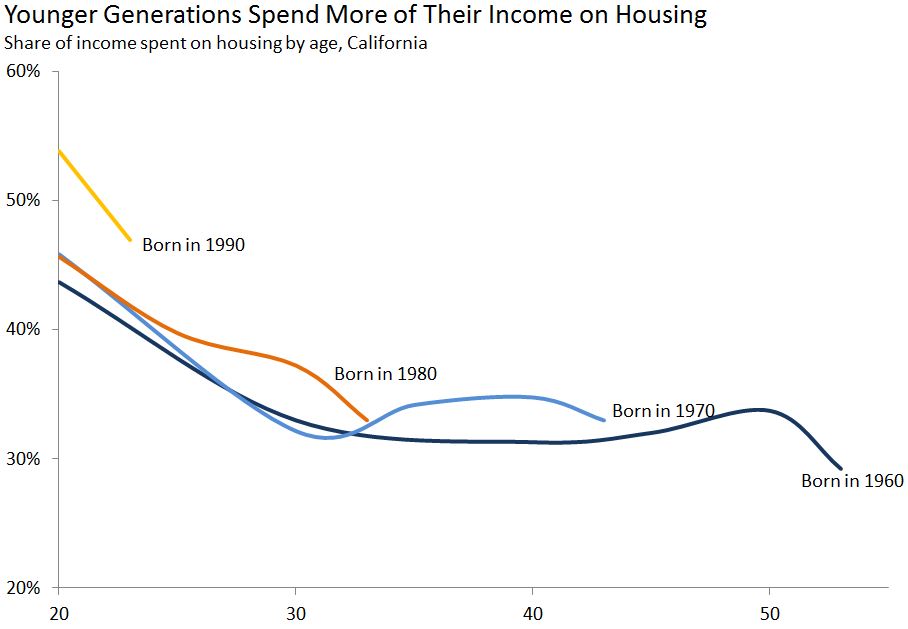 Rising rents have affected younger households especially, as shown below. 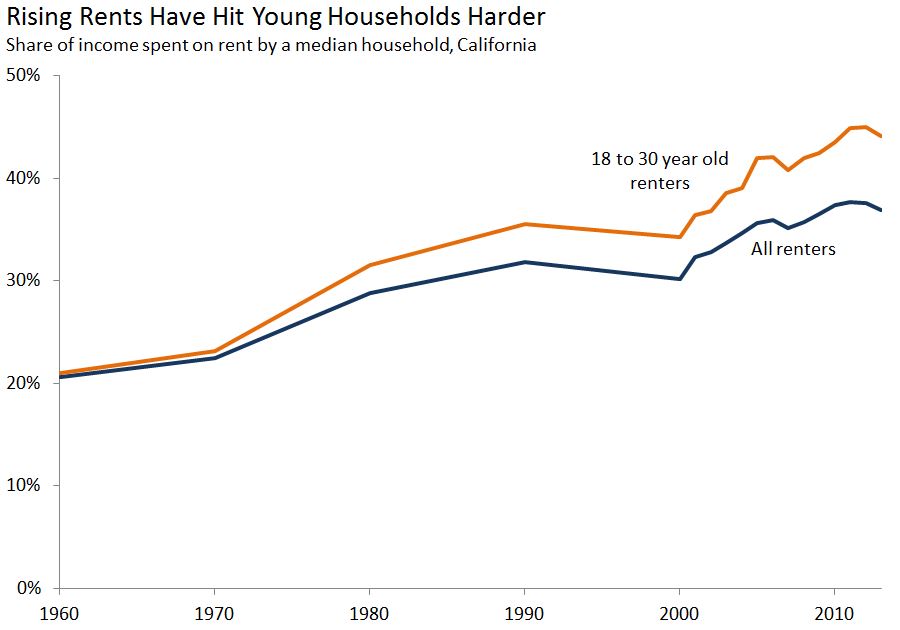 Many Factors in Play. While falling homeownership rates and rising housing costs for younger Californians have coincided with the rapid growth in the state’s housing costs in recent decades, other factors likely contributed to these trends. Differences in earnings potential, personal debt, and preferences about housing all likely play a role in explaining these trends.

The data above uses American Community Survey data, plus decennial U.S. Census data for years prior to 2005.