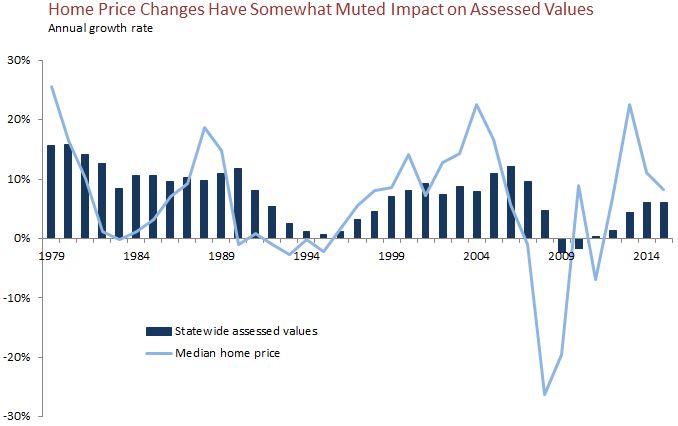 AV More Stable Than Home Prices. Largely because AVs are tied to purchase prices and not current market values, AV tends to me more stable than home prices. As the figure above shows, this means AV neither rises as quickly as home prices, nor falls as dramatically. Home prices have experienced annual declines ten times since 1979, compared to only twice for AV.

Fiscal Outlook Assumes Continued Growth in AV. Following multiple years of sluggish growth, AV growth has been strong recently. Statewide assessed property values increased by 6 percent in both 2014-15 and 2015-16, compared to an average annual rate of less than 0.5 percent over the preceding five years. Our November 2015 Fiscal Outlook anticipates this robust growth to continue in the near term, with assessed values projected to grow by just over 6 percent in 2016-17.