Housing construction has softened notably over the last few months. Building permits started off strong in 2018. Permits through May 2018 were ahead of 2017 levels by almost 20 percent. Since then permitting has slowed. Ten percent fewer permits were issued between June 2018 and November 2018 than in the same months in 2017. Overall, 105,000 permits have been issued this year through November—nearly the same as the 104,000 permits issued in the first eleven months of 2017. 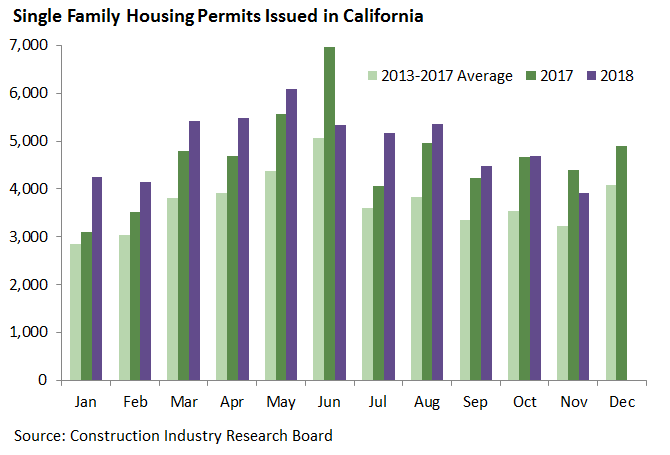 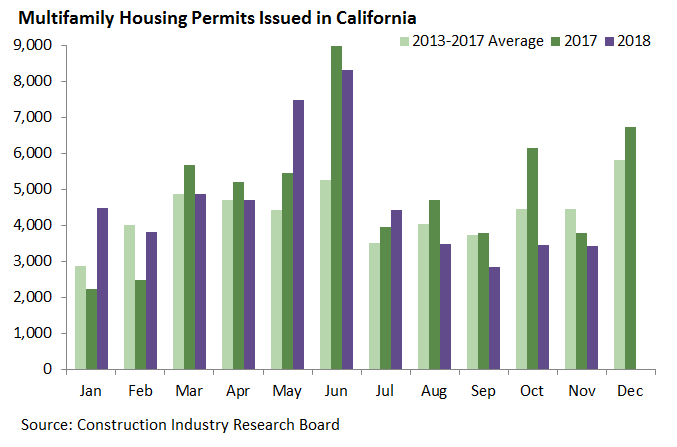 The recent slowdown in multifamily permitting has not been consistent across the state. Certain areas, like Alameda, Los Angeles, Santa Clara, and Sacramento counties have had notable slowing in recent months. On the other hand, multifamily permitting in Contra Costa, Orange, and San Francisco counties in recent months has been above of 2017 levels. 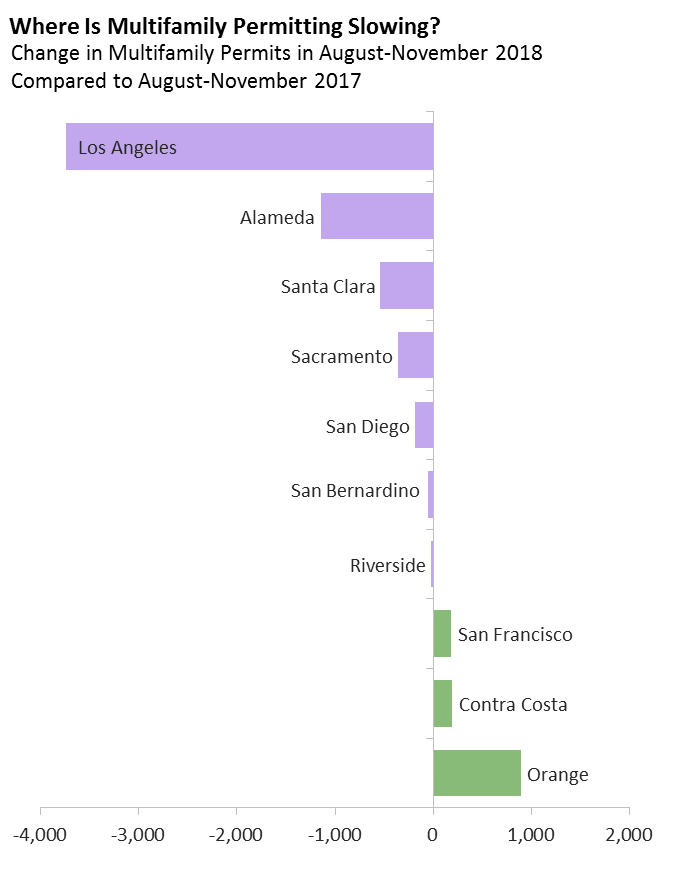