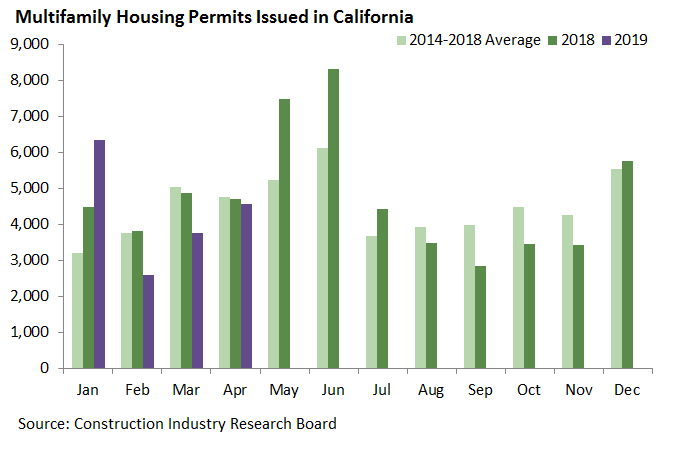 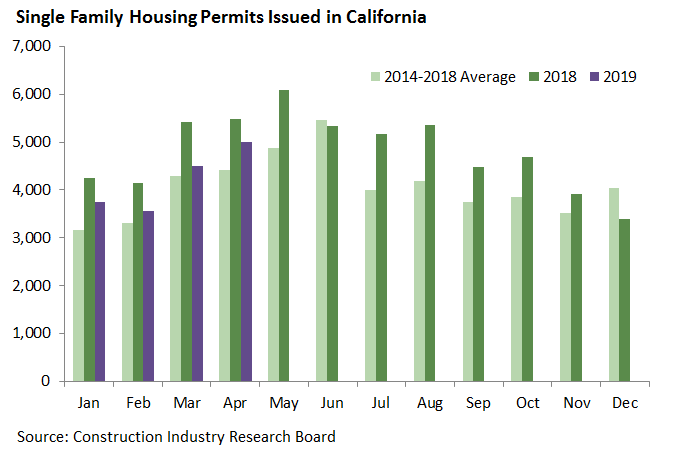 Last month, we noted that while single family permitting has slowed statewide, a handful of counties—particularly Kern, Sacramento, San Joaquin, Solano, and Yolo—have continue to see growth in single family building. This pattern continued in April. Notably, costs for home builders and home buyers are lower in all of these counties than the statewide average. 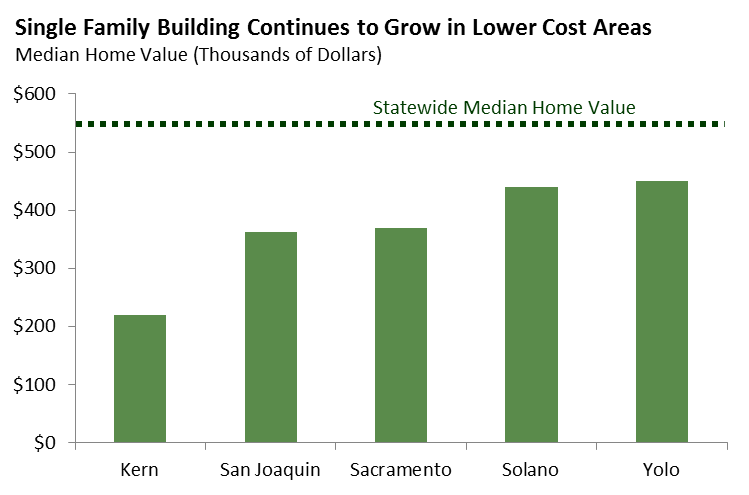