The administration's 2013-14 through 2015-16 "Big Three" tax revenue projections are $1.3 billion above those in the LAO November 2014 Fiscal Outlook, after adjusting for some technical differences to make the two projections comparable on an "apples to apples" basis. The Governor proposes that the state maintain $3.4 billion of total budget reserves at the end of 2015-16, or about $860 million less than projected in the LAO November 2014 Fiscal Outlook. These figures are based on a preliminary review of administration documents accompanying the 2015-16 Governor's Budget proposal, and the numbers, therefore, are subject to revision later. 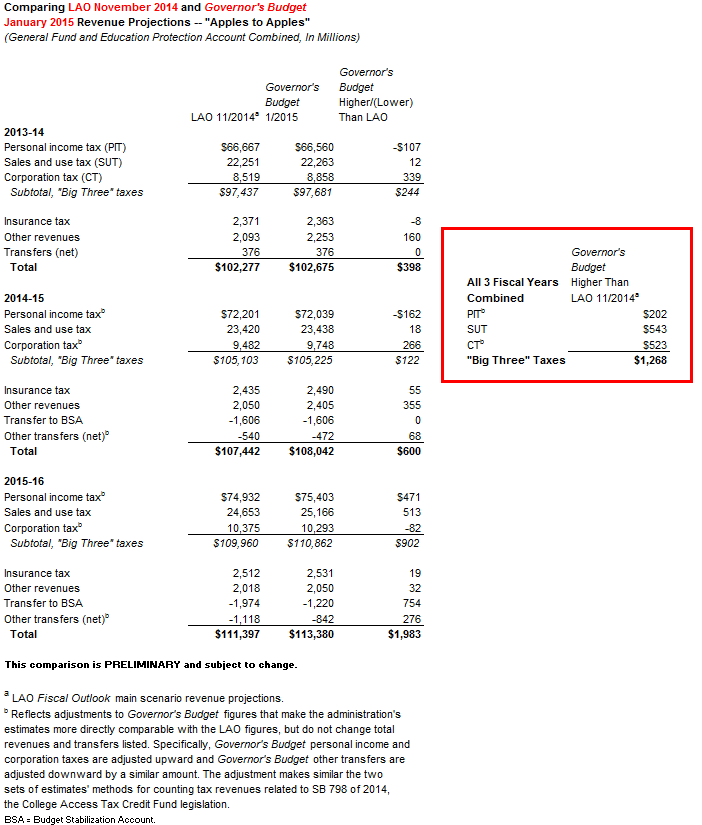