Unemployment claims are a useful indicator of the health of the state’s economy. Today the U.S. Department of Labor released data on the number of unemployment claims filed during the week of March 15 to March 21, the first full week since the Governor issued a statewide “shelter-in-place” order in response to COVID-19. Below we offer some observations on these weekly claims data.

Historically High Claims. California had 186,809 initial claims during this period. This is the highest number of claims on record, eclipsing the former high of 115,462 in January 2010. This number of claims also is a significant increase from the prior week (57,606) and the weekly average for 2020 (46,000). 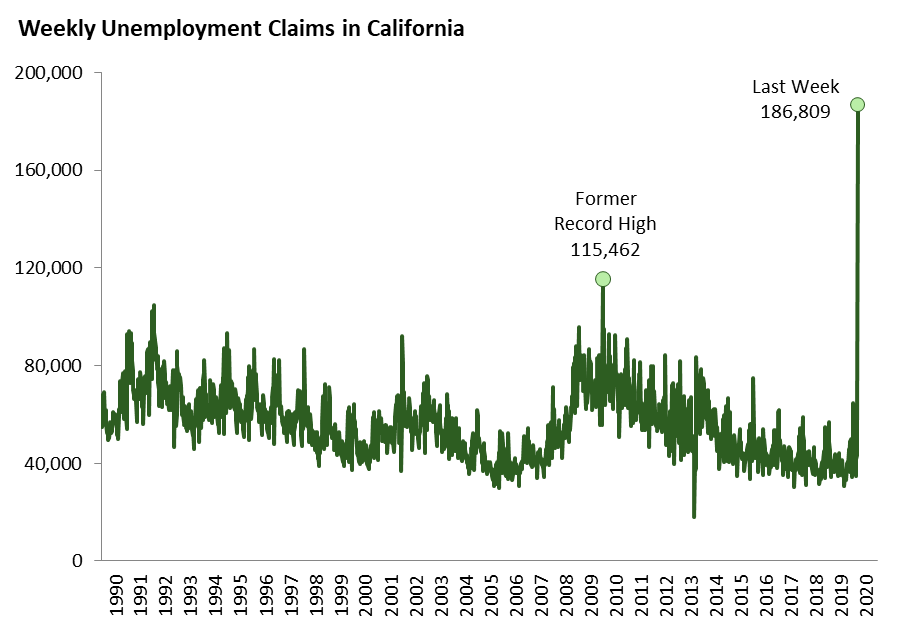 Other States Saw Even Larger Increases Than California. While California had a record-setting increase in claims last week, many other states experienced much larger increases in claims. Among the 15 largest states, claims were, on average, 11 times higher (128,000 compared to 12,000) during the week of March 15-21 compared the week prior. California, in contrast, saw only a 3-fold increase in claims. 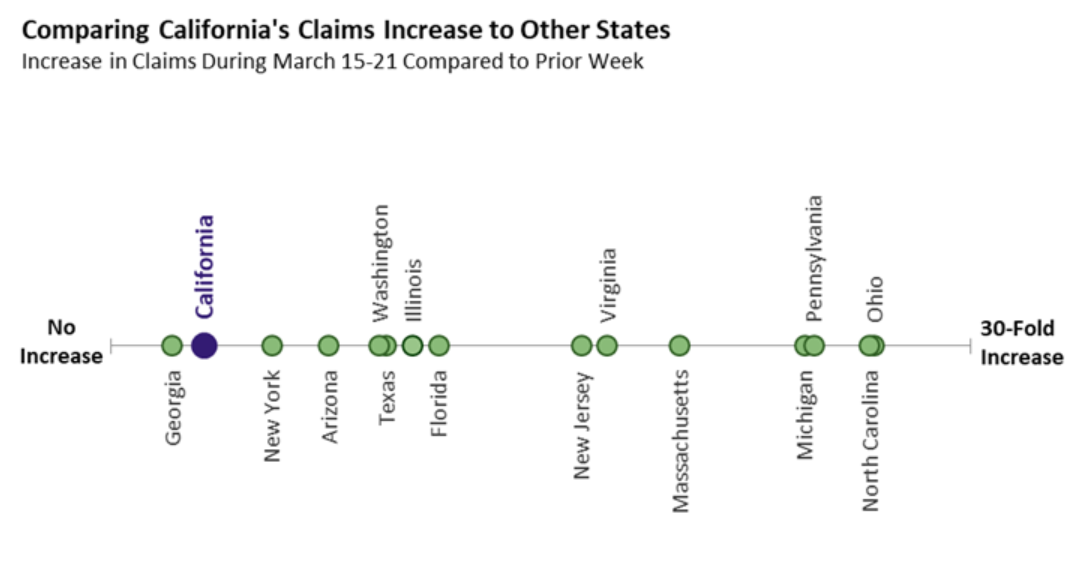 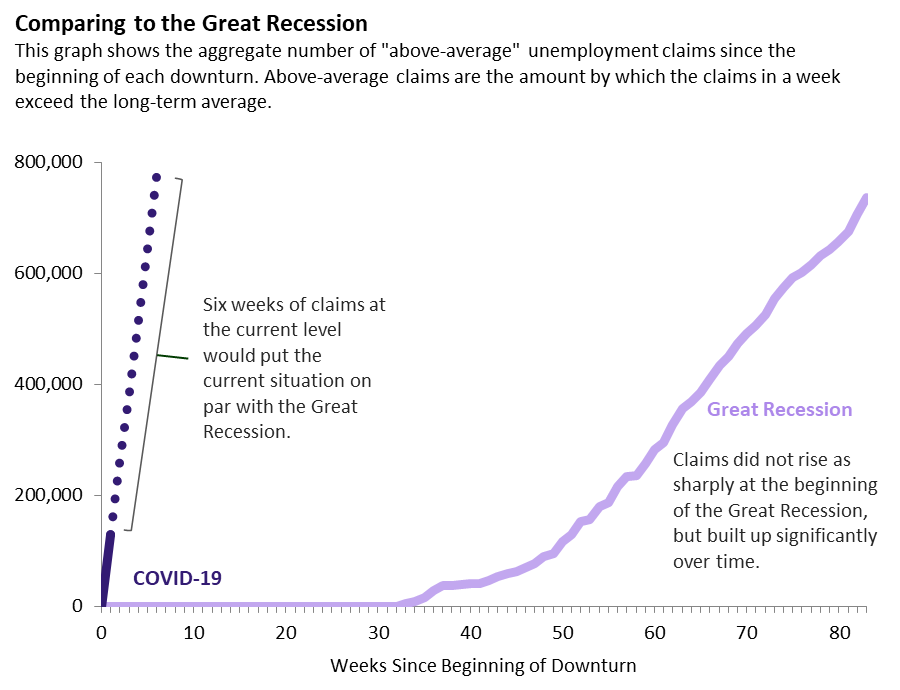 Claims Data Released Next Week Likely to Remain Elevated. Some evidence suggests that claims during the current week (March 22 to March 28) will remain at very high levels. For example, Google search interest in unemployment insurance among Californians spiked to unprecedented levels last week and has remained elevated thus far during the current week. (We measure Google search interest based on Google Trends data on searches for “unemployment insurance” and “unemployment benefits.”) Historically, there has been a relatively strong relationship between Google searches for unemployment insurance during a week and unemployment claims in that same week. While, there is some risk in extrapolating too much from this historical relationship given the extraordinary nature of the current circumstances, we think it is at least suggestive that next week’s claims report will remain elevated. 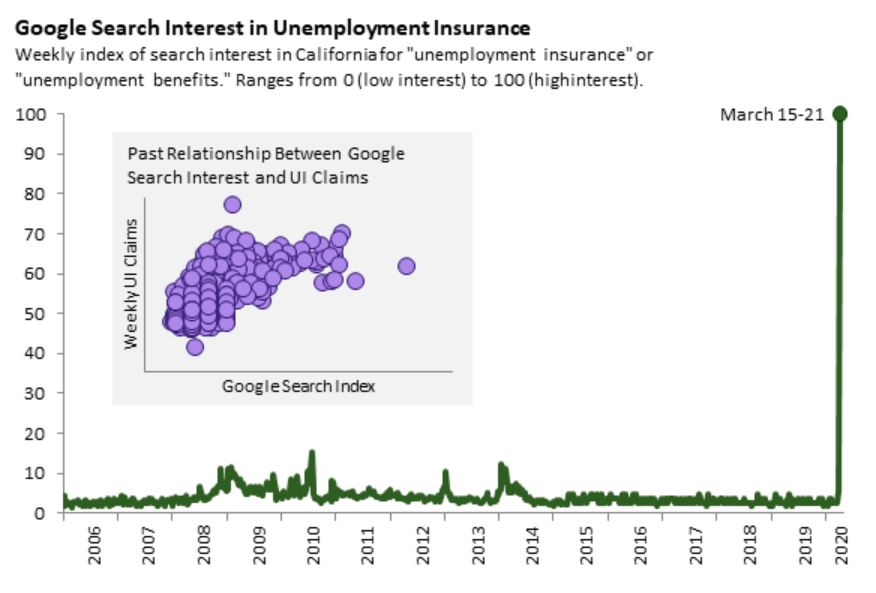