Bottom Line: Withholding has declined significantly during the last two weeks. These declines have been on par with those seen during the same weeks in 2009, the trough of the Great Recession. 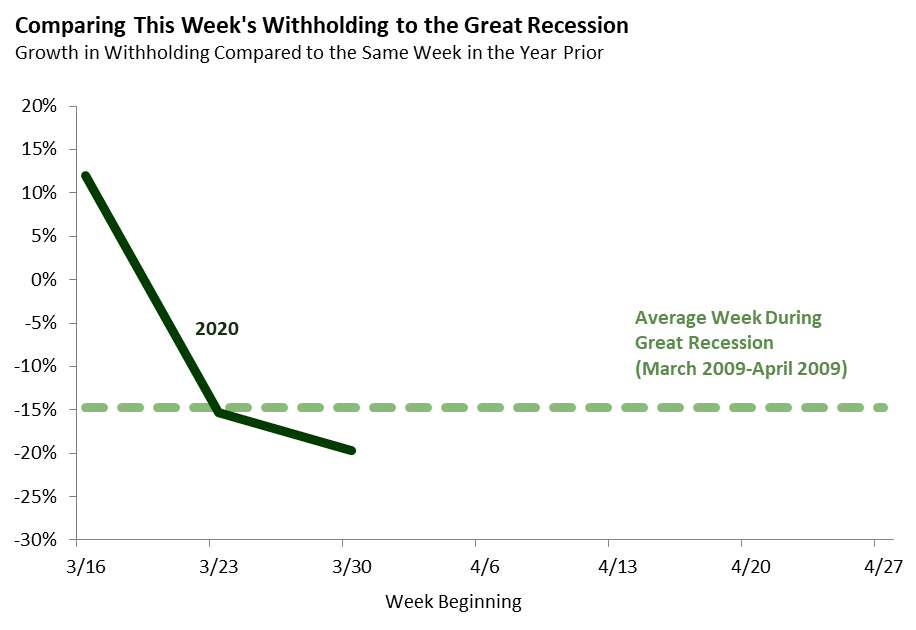 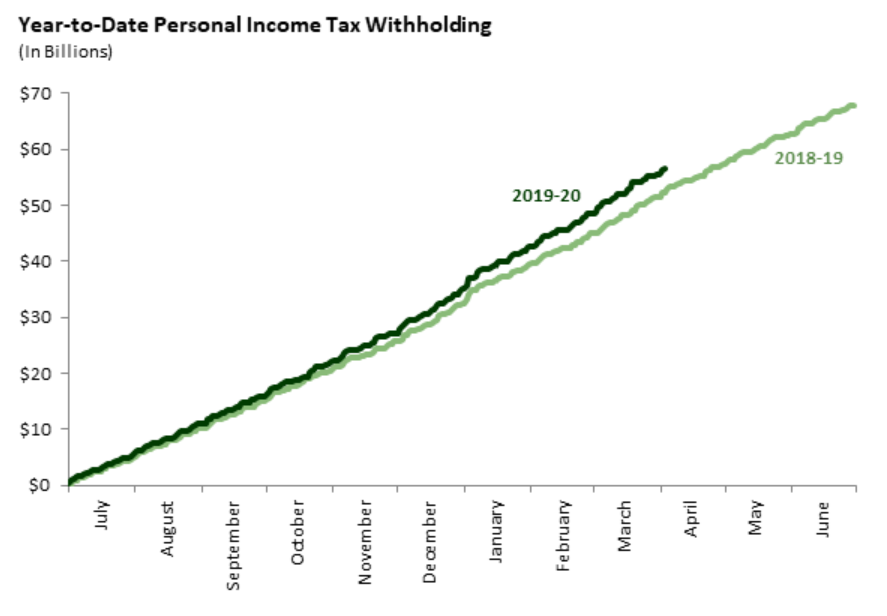