California recorded 5,383 housing permits in April, down 44 percent from April 2019. This was the lowest monthly total since January 2017, and the lowest April total since 2012. It was also nearly a third below the March total. These figures show the increasing impact of the COVID-19 pandemic and associated lockdown.

The multifamily housing permit total of 2,899 was not out of line with February and March, but it was more than a third below both the April 2019 figure and the April average over the past five years. 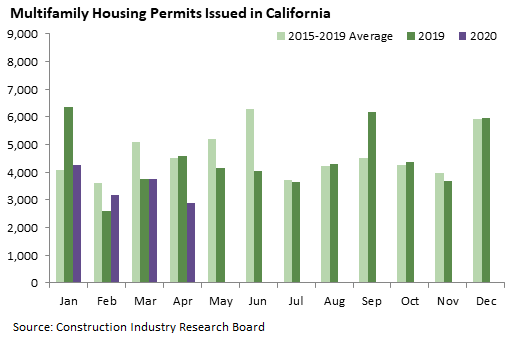 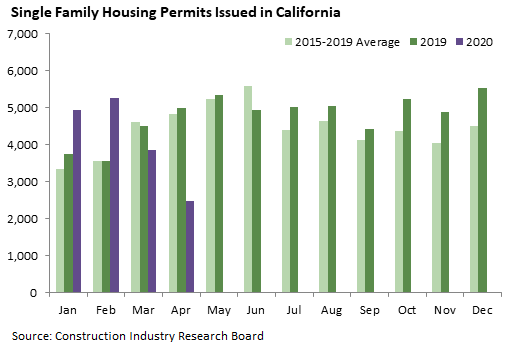 Nonresidential construction was also very weak in April. The aggregate permit value of $1.324 billion was (like the total number of single family permits) less than half the April 2019 figure, and barely half the 2015-2019 average for April. Among the categories of nonresidential construction, industrial projects had the sharpest decline. The aggregate value of $5 million was 98 percent below the April 2019 figure, and by far the lowest monthly total since at least 2012. 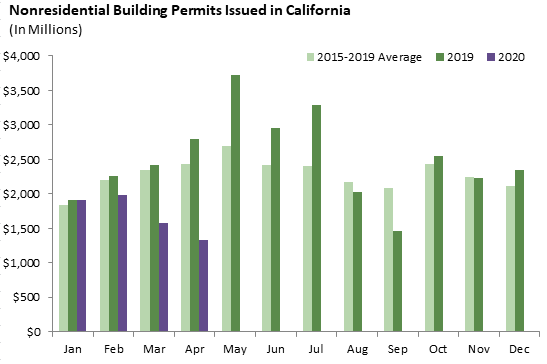