Initial Claims Running a Bit Higher Than Recent Weeks. California processed 279,341 initial claims for regular unemployment insurance between June 21 and June 27. Initial claims in the past two weeks reflect an increase above levels seen during May and the first two weeks of June. During that time, weekly claims held steady in the neighborhood of 200,000 to 250,000. Weekly claims since mid-March have remained well above the record high prior to the COVID-19 outbreak of 115,462 in January 2010. 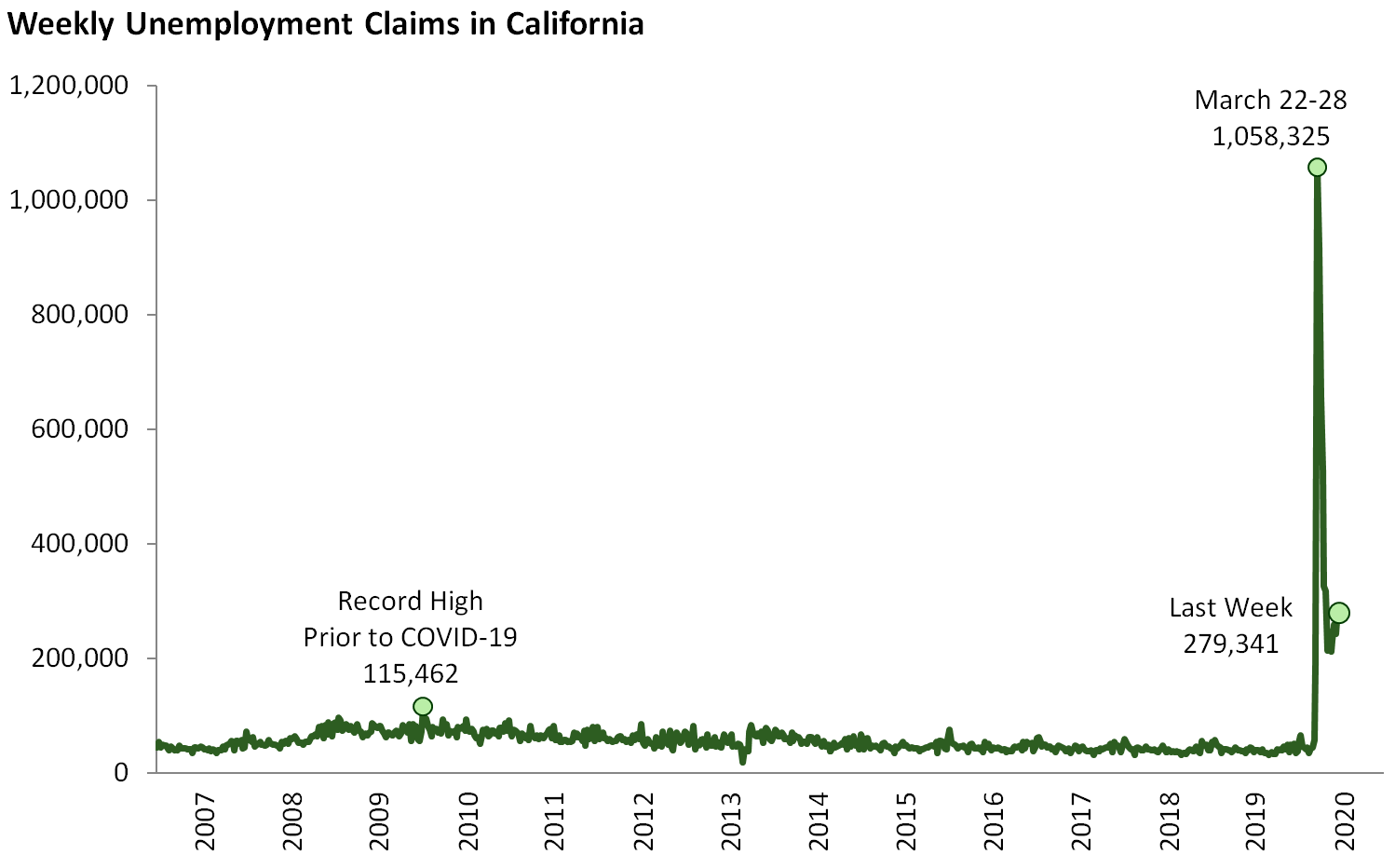 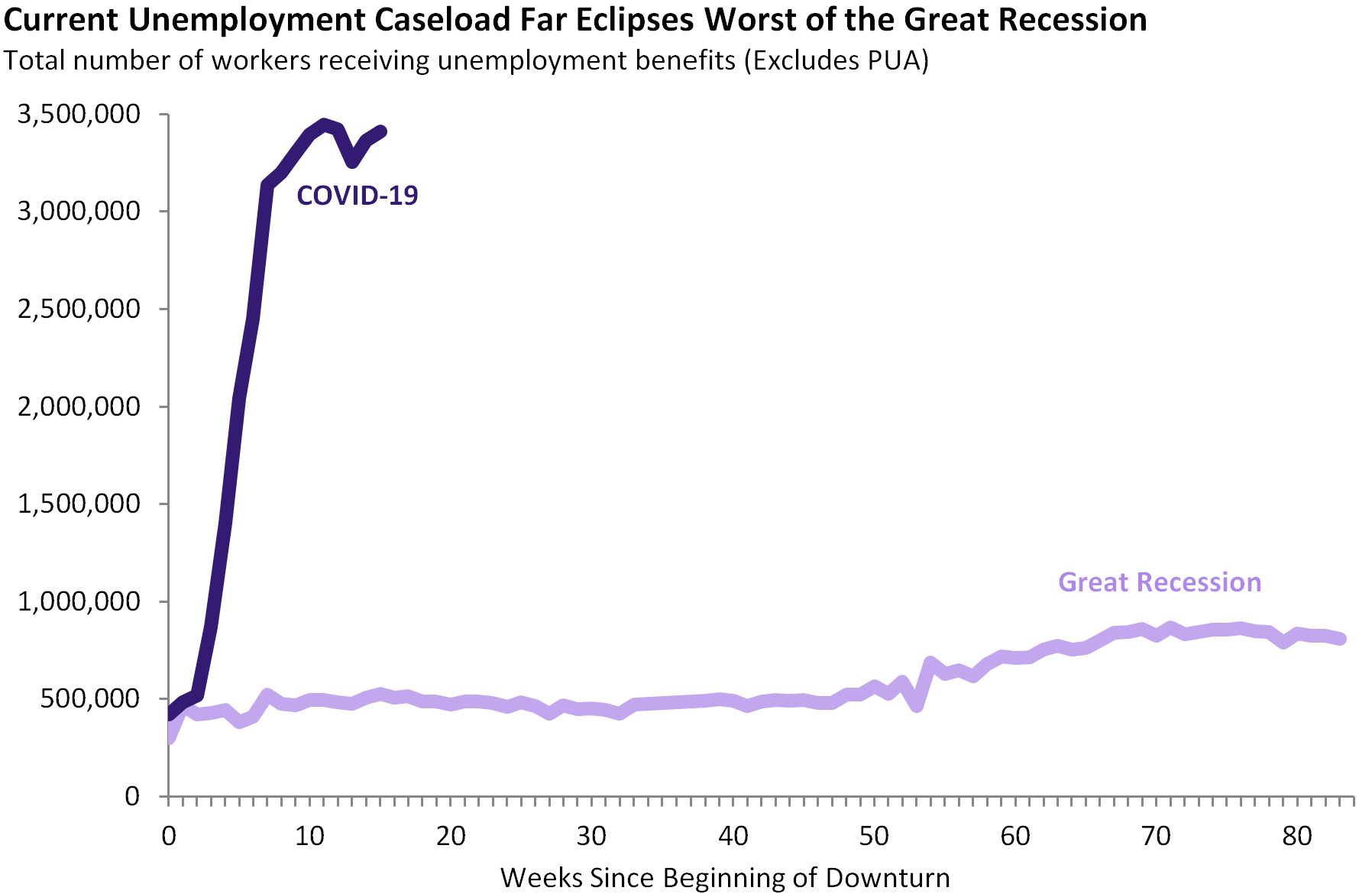