CA Unemployment, While Improving, Still Among Highest in U.S.

Today's U.S. Bureau of Labor Statistics (BLS) monthly data release on state-level employment shows that, while California's employment situation improved solidly in 2014, the state still has the second highest unemployment rate among U.S. states. This illustrates well the depth of the job losses the state experienced during the Great Recession. 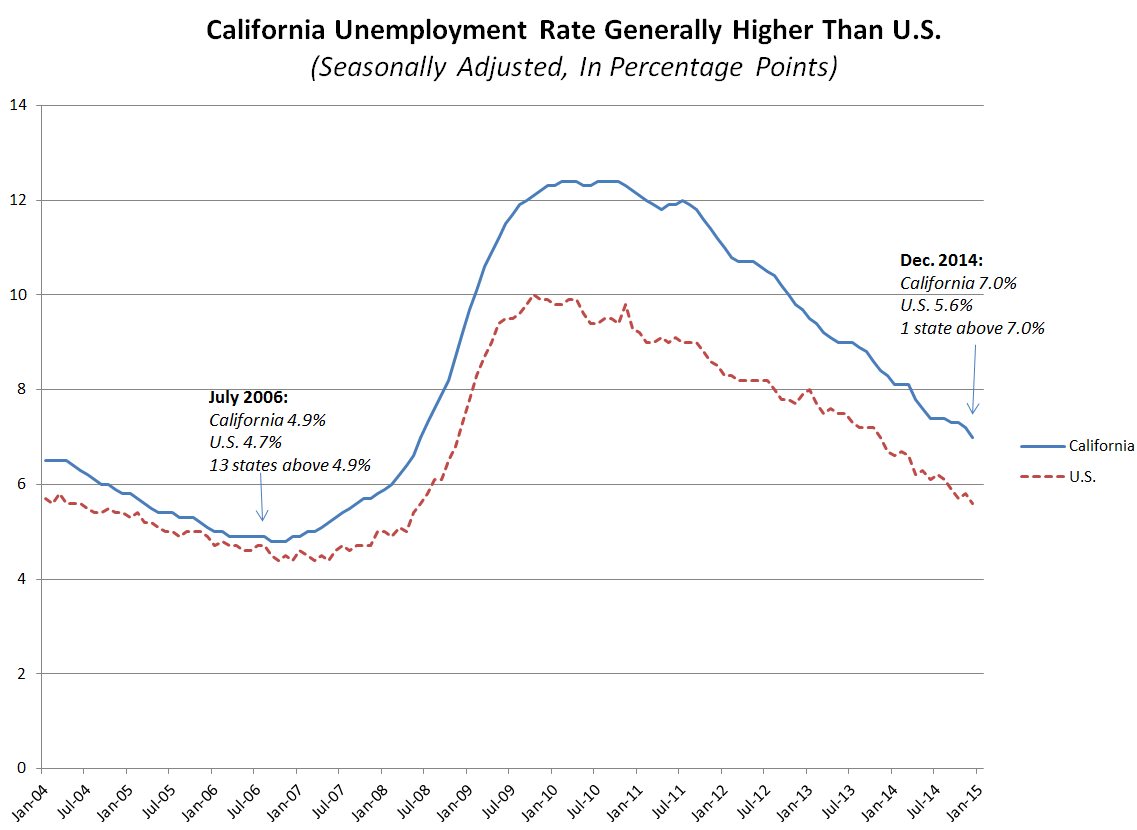 Unemployment Rate Fell in 2014, Faster than Most States. California's unemployment rate has fallen from 8.3 percent one year ago to 7.0 percent now. This 1.3 percentage point decline is the 14th-largest unemployment rate drop among U.S. states over the past year, as shown below in a figure produced by BLS.