As a result of the COVID-19 pandemic, California has experienced an unprecedented rise in unemployment since the beginning of March. Through March and April, the key measure that captured the impact of the virus on the state’s workers was the number of new unemployment claims being filed each week. Going forward, this number will still be important as a gauge of whether a second wave of business closures and layoffs is emerging. Equally important to track going forward, however, will be the level of continued claims—the total number of people receiving unemployment benefits in a given week. Should continue claims start to decline, it could signal that some businesses are bringing workers back. Should continued claims remain steady or keep rising, however, it could signal that a rapid recovery is less likely.

Number of Processed Claims Declines, Yet Remains Elevated. California processed 213,482 claims for regular unemployment insurance between August 2 and August 8. The number of claims processed in the past two weeks remains high, but has fallen slightly from levels seen during the past six weeks. During that time, weekly claims held steady around 280,000. Weekly claims since mid-March have remained well above the record high prior to the COVID-19 outbreak of 115,462 in January 2010. 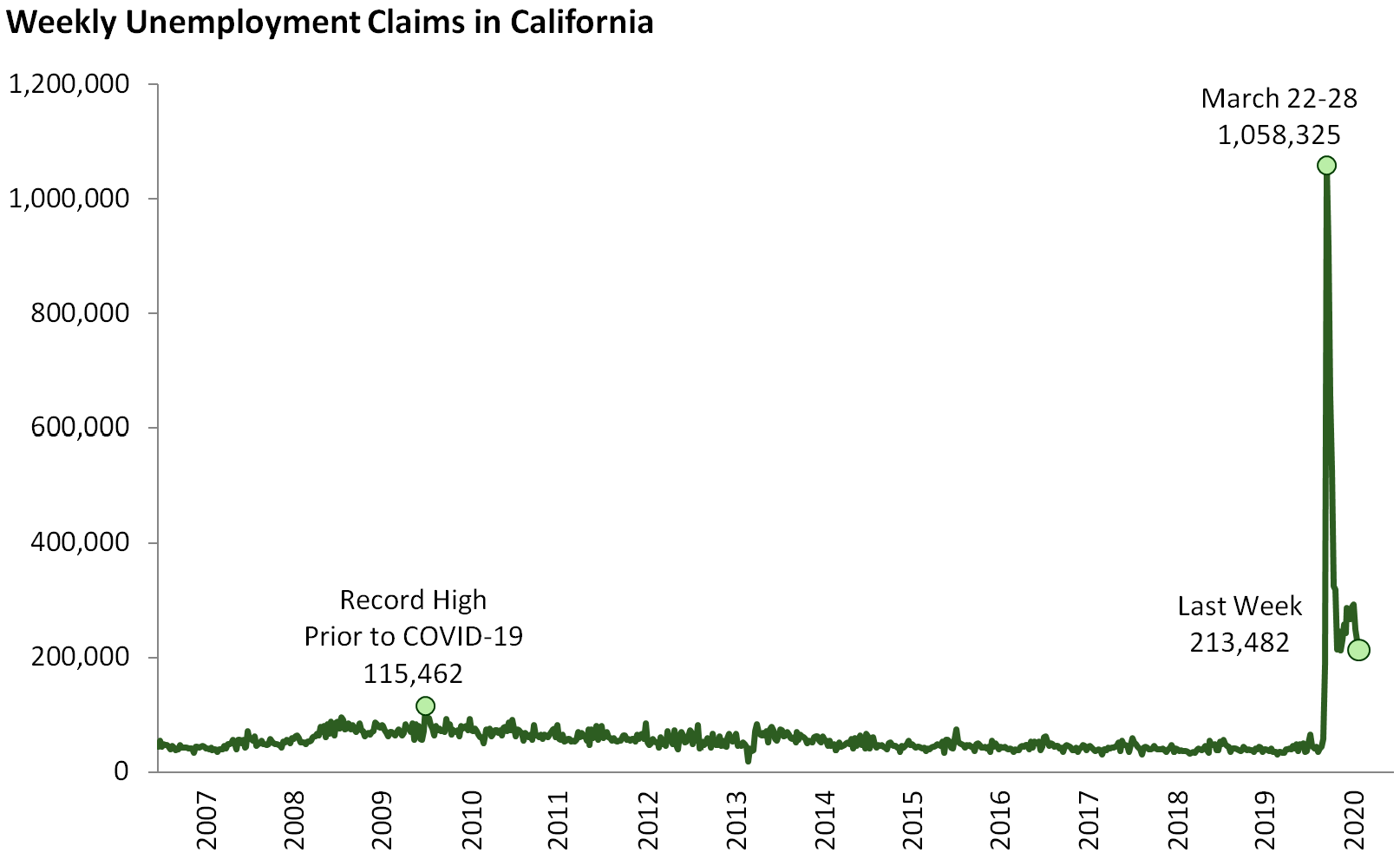 Continued Claims Hold Steady at Peak Level of 3.4 Million. As of August 8, California had 3.4 million employees receiving traditional unemployment benefits, level with the highest figure reported since EDD began releasing this information earlier in the year. 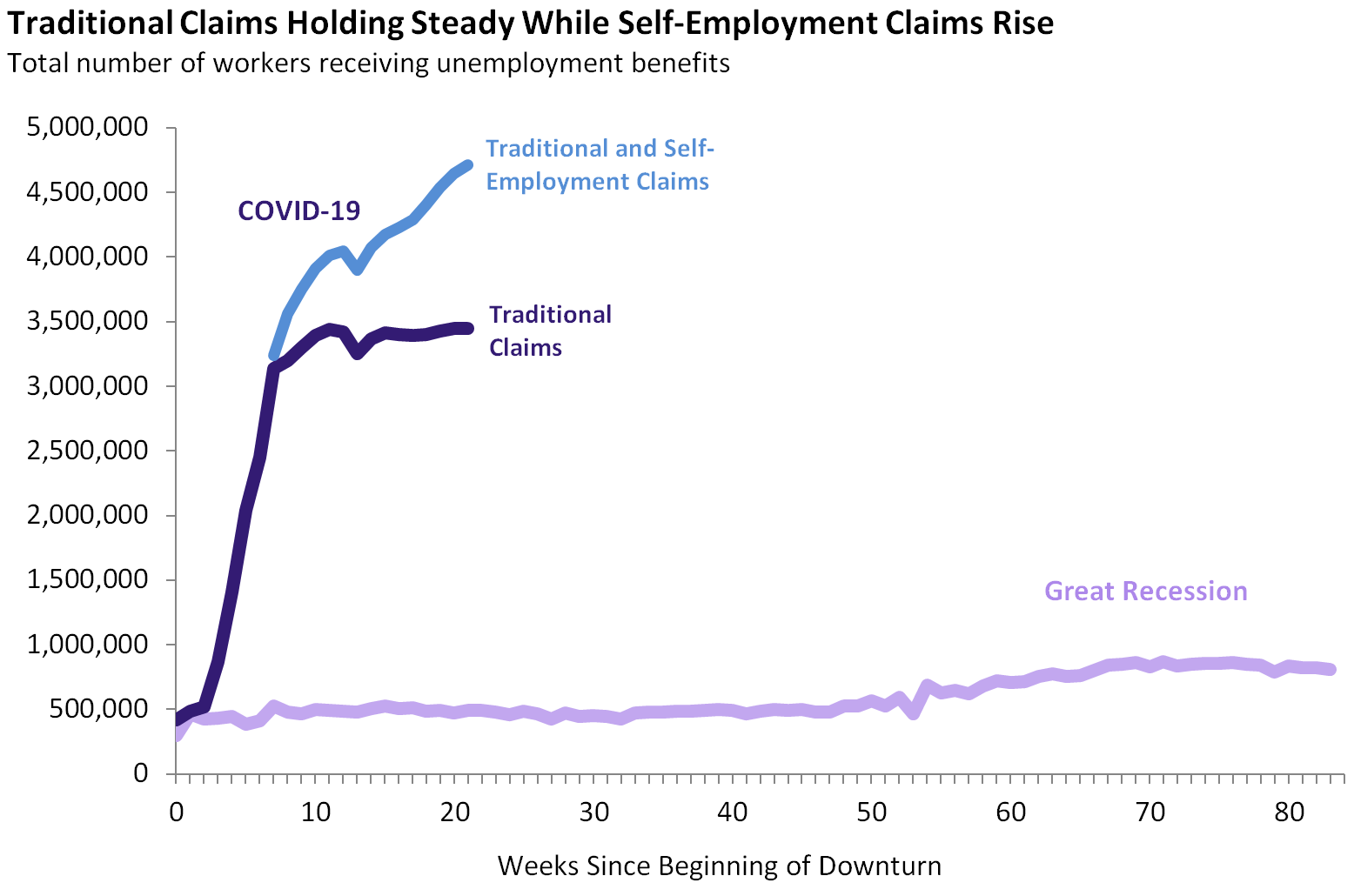