As a result of the COVID-19 pandemic, California has experienced an unprecedented rise in unemployment. Through March and April, the key measure that captured the impact of the virus on the state’s workers was the number of new unemployment claims being filed each week. Equally important going forward, however, will be the level of continued claims—the total number of people receiving unemployment benefits each week. Should continued claims decline, it could signal that some businesses are bringing workers back. Should continued claims keep rising, however, it could signal that a V-shaped recovery may be less likely.

Claims for Unemployment Insurance Remain Elevated. California processed 230,443 claims for regular unemployment insurance between September 13 and September 19. This amount is generally consistent with levels seen since the initial pandemic workload peaked and then subsided in late March and early April. 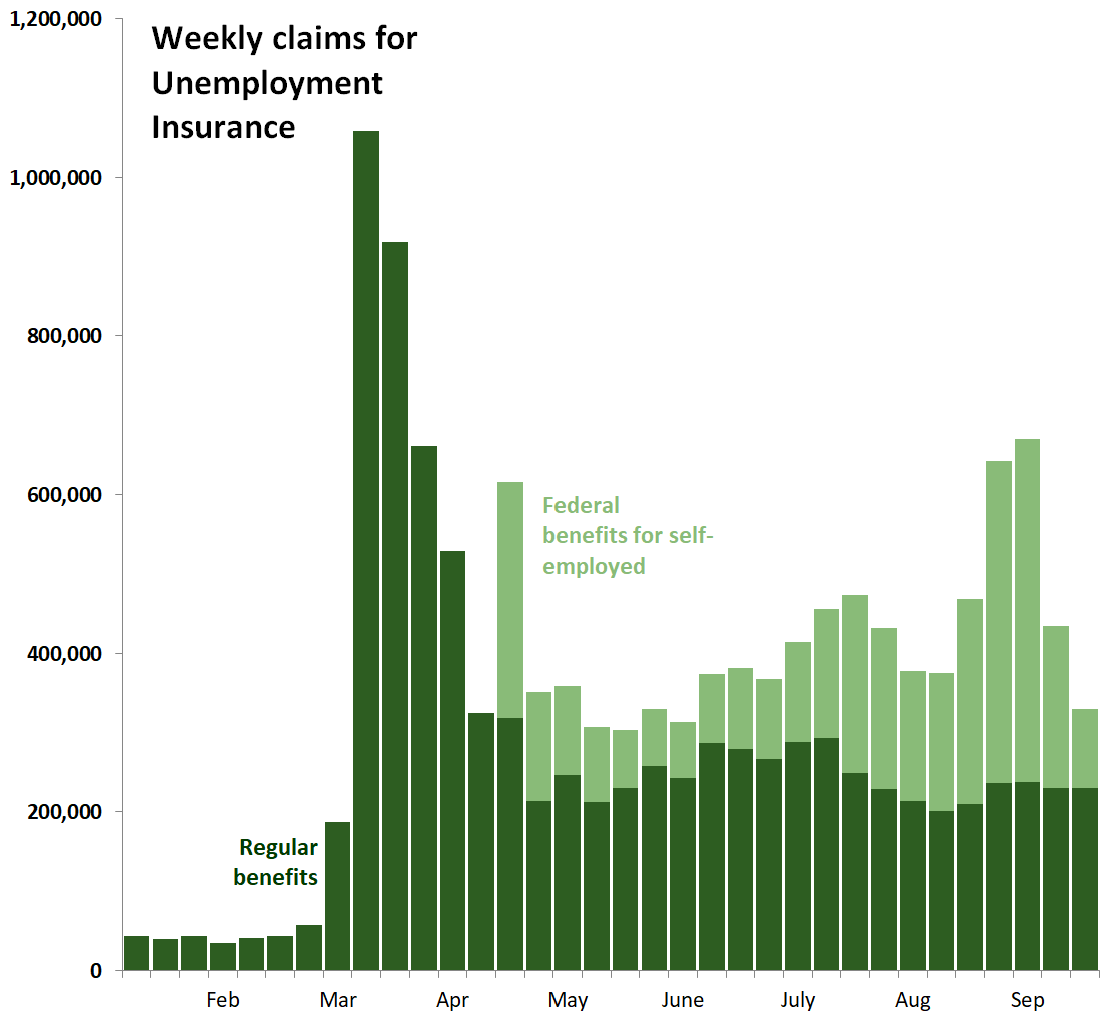 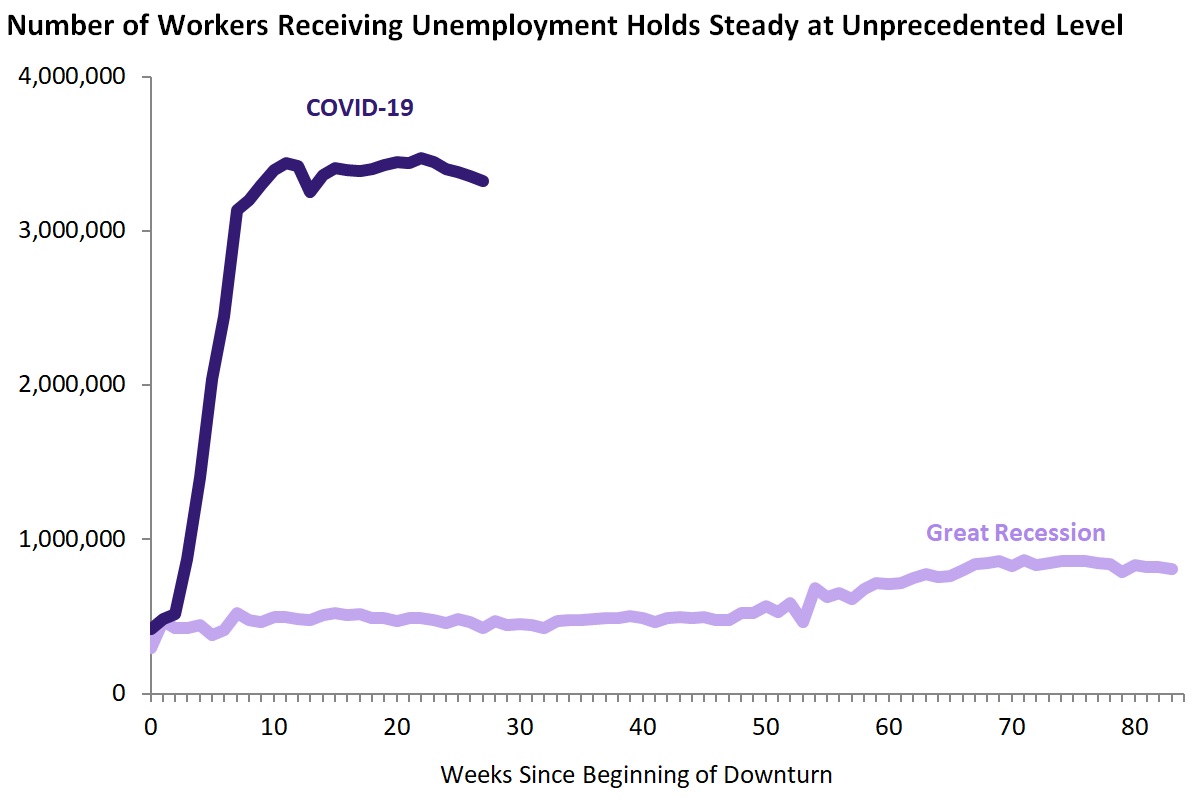 Second Round of Benefits Paid from New Federal Lost Wages Assistance Program. Benefit payments from the federal Lost Wages Assistance program, which allows states to temporarily increase weekly benefits by $300, were paid out for the second time last week. The state distributed roughly $1.3 billion in federal benefits under this program during the week ending September 19. (This is the same amount as the week prior.) This amount corresponds approximately to the second of six weekly add-on benefits approved by the federal government. The state recently received federal approval to provide a sixth, and final week, of federally funded Los Wages Assistance payments. In total, these payments will go to workers who were unemployed during the weeks ending August 1 through  the week ending September 5. 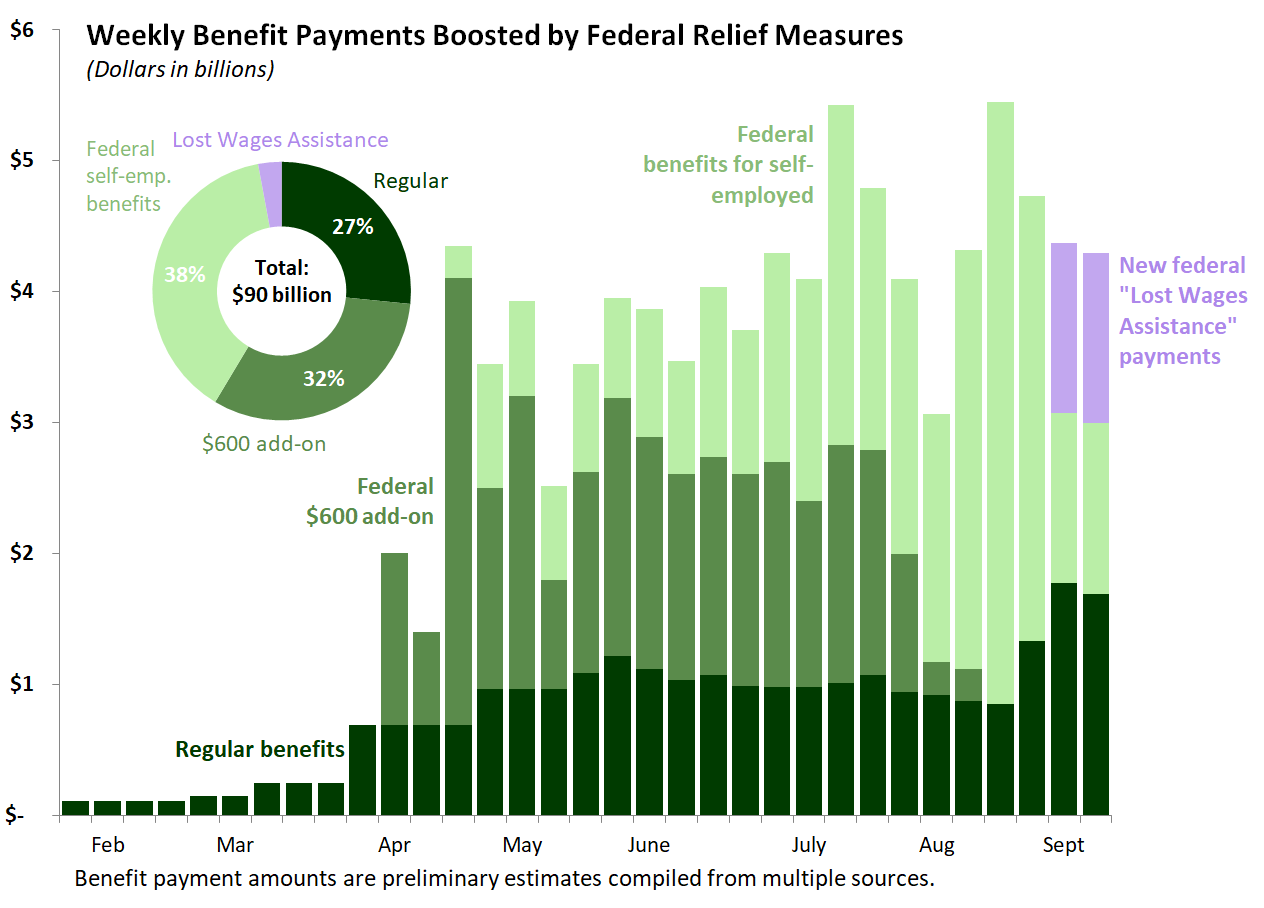