This graph shows U.S. Census data for the four-week average of new business creation since 2016, considering only those businesses that report having planned wages as opposed to shell corporations or holding companies. The standard pattern within a year is for a surge of new business formation at the beginning, then gradual declines as the year goes on. This pattern was upended in 2020: the pandemic caused a big drop in the spring, followed by a surge as the economy began to recover. Overall, new business creation in 2020 was a bit above 2016, 2017, and 2019 and somewhat below 2018. So far 2021 has seen the usual January jump, and in fact the four-week average of 1,870 new formations is the highest figure since 2008. 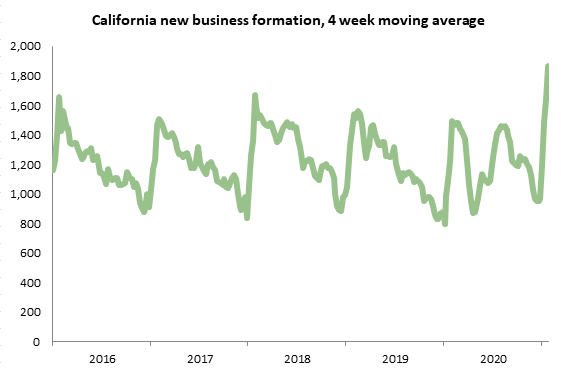 The next graph below shows the four-week average growth rate in 2020 relative to the same week in 2019. The pace of new business creation has run well ahead of 2020 since July, and accelerated in January as the first week of the year saw more than 3.5 times as many new firms created as the same week in 2020 did. 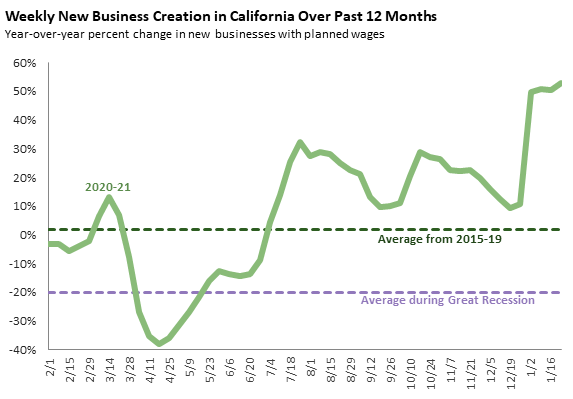