Today the U.S. Census Bureau released preliminary estimates of nationwide retail sales in February 2021 and revised estimates for January 2021. (The data include both brick-and-mortar and Internet sales.)

Sales Well Above Last February. Despite a decline of 3 percent from January (a month in which sales saw the fourth-largest monthly increase since 1992), February retail sales were 6.5 percent above February 2020.

Retail Sales Remain Volatile. Last year, in the early stages of the pandemic, the U.S. experienced changes in retail sales that were far larger than any month-to-month swings ever previously recorded. Although the fluctuations over the last few months have been less extreme than those in the first half of 2020, they have been large nevertheless. For example, after a two-month decline at the end of 2020 that somewhat resembled a mild recession, retail sales bounced back in January, only to again decline somewhat in February. 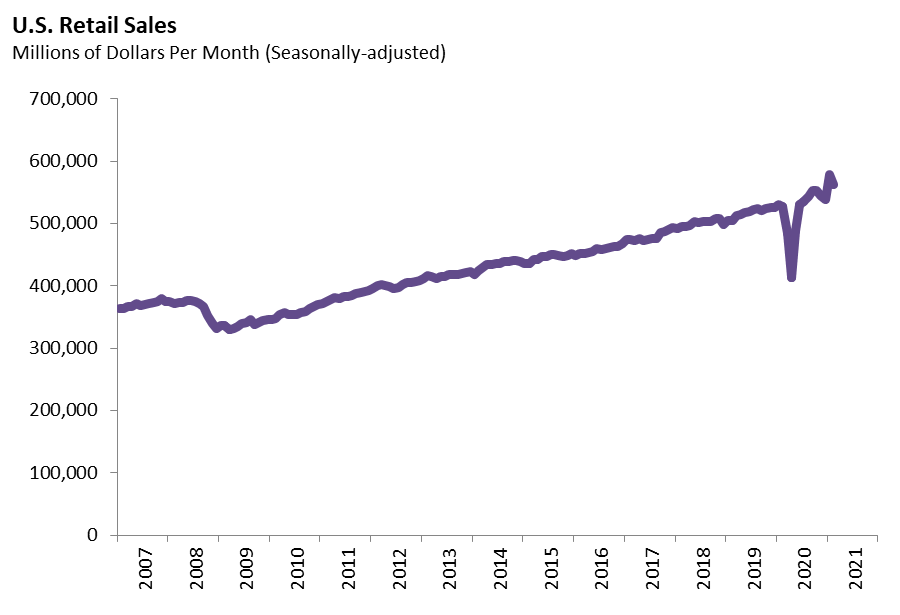