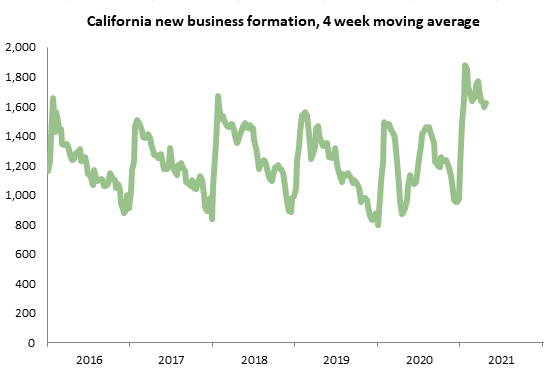 The next graph below shows the four-week average growth rate in 2020-21 relative to the same week in 2019-20. Growth in new business creation has been heightened since last July. Nearly twice as many new businesses were created this April as compared to a year ago when the economy was in the depths of the early pandemic slowdown. 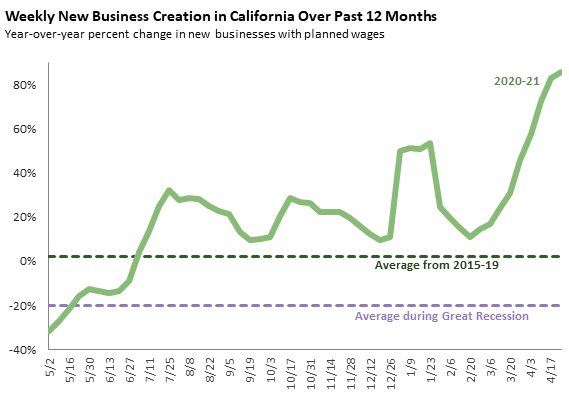