Third Quarter of 2020-21: $163 Million. The administration currently estimates that retail excise tax revenue was $132 million and cultivation tax revenue was $31 million in the third quarter of fiscal year 2020-21 (January through March).

Prior Quarter Revised Upward, But Still Weak. As of February, the administration’s cannabis tax revenue estimate for the second quarter of 2020-21 (October through December) was $155 million. As more taxpayers have filed returns for that quarter, the estimate has risen considerably, now totaling $193 million.

Actual Downturn, or Incomplete Data? At first glance, current data seem to suggest that cannabis tax revenues have declined over the last two quarters after peaking at $212 million in the first quarter of fiscal year 2020-21 (July through September 2020). In part, this apparent decline might be due to the postponement of a key tax payment deadline from the end of January to the end of April. Although the payment deadline has passed, the administration indicates that many cannabis tax returns remain outstanding. 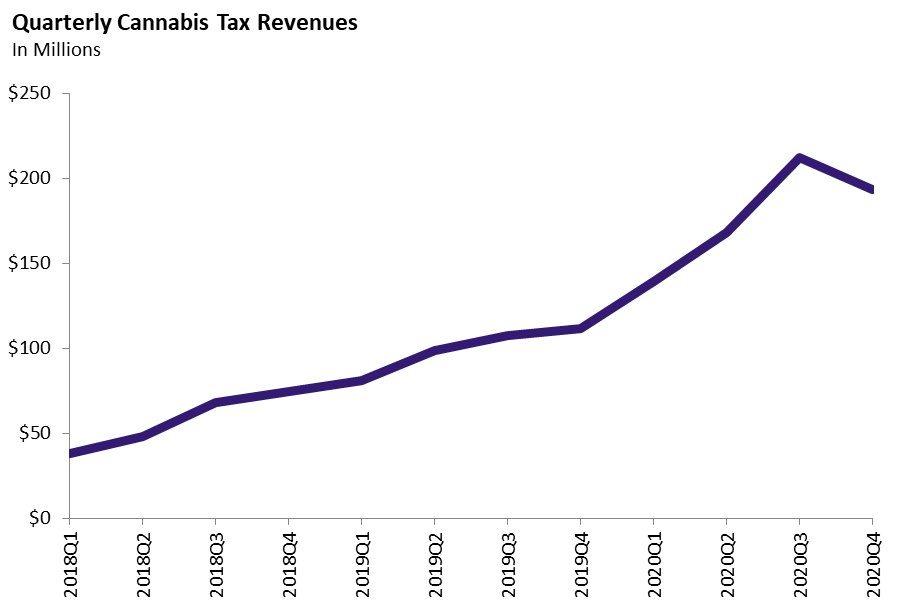