Fourth Quarter of 2020-21: $213 Million. The administration currently estimates that retail excise tax revenue was $172 million and cultivation tax revenue was $40 million in the fourth quarter of fiscal year 2020-21 (April through June). (The overall total is slightly higher due to rounding.) This revenue total was roughly tied with the first quarter of 2020-21 (July through September) as the highest to date.

Prior Quarter Revised Upward. As of May, the administration’s cannabis tax revenue estimate for the third quarter of 2020-21 (January through March) was $163 million. As more taxpayers have filed returns for that quarter, the estimate has risen considerably, now totaling $197 million. 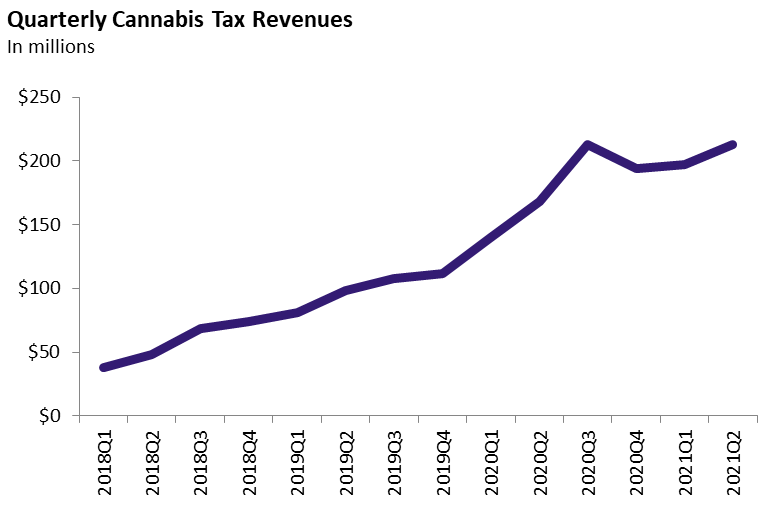