Preliminary Total for First Quarter of 2021-22: $211 Million. The administration currently estimates that retail excise tax revenue was $169 million and cultivation tax revenue was $42 million in the first quarter of fiscal year 2021-22 (July through September). This revenue estimate is slightly lower than the revised total for the prior quarter ($220 million).

Later Revisions Could Offset Decline, But Weak Quarter Nevertheless. Taxpayers often submit late returns. As a result, the administration’s current cannabis revenue estimates for earlier quarters all are higher than their initial estimates were. In some of those periods, pandemic-related filing extensions led to very large upward revisions. Even in periods with no filing extensions, however, the administration has revised its quarterly revenue estimates upwards by several million dollars or more. If this pattern holds for last quarter, then the revenue decline could turn out to be quite small. Even so, it was a weak quarter compared to the prior growth trend. 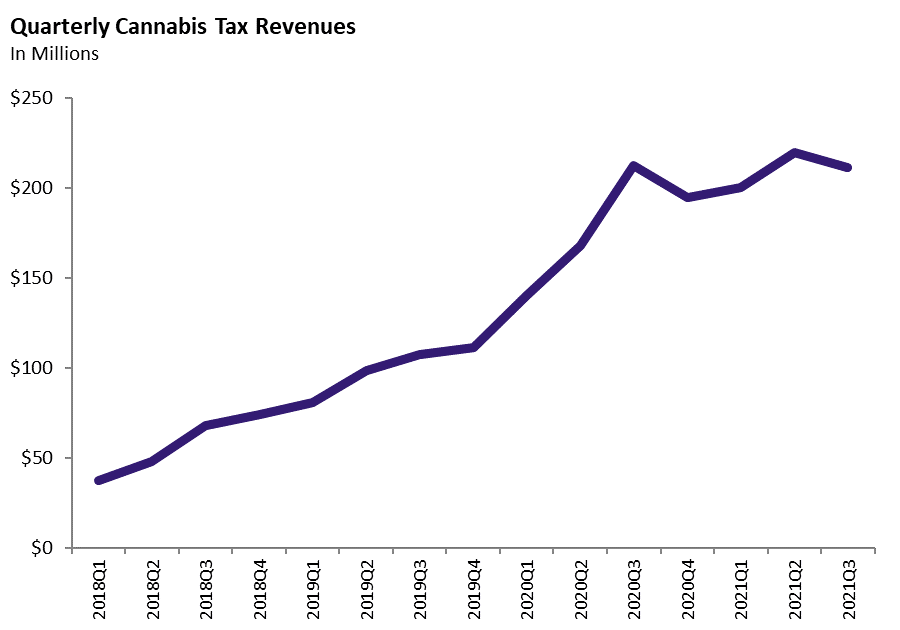