Preliminary Total for Second Quarter of 2021-22: $196 Million. The administration currently estimates that retail excise tax revenue was $157 million and cultivation tax revenue was $39 million in the second quarter of fiscal year 2021-22 (October through December). This revenue estimate is lower than the revised numbers for each of the three prior quarters. 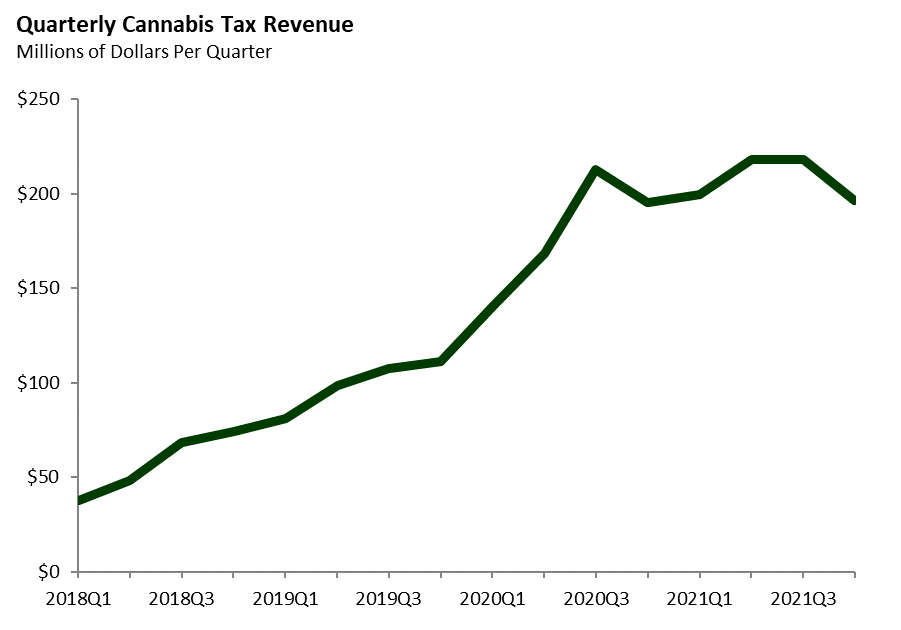