Why Are Unemployment Claims a Useful Economic Indicator?

The number of workers filing for unemployment insurance can be a good indicator of the health of the state’s economy and labor market. A consistent rise in unemployment claims over several months suggests the economy is worsening, while falling claims suggest the economy is improving.

Two factors make unemployment claims a useful indicator of the state’s economic health. First, unlike other measures of the economy (such as gross domestic product or personal income), information on the number of unemployment claims is very timely. Claims data is published weekly, typically about two weeks after the claims were filed. In comparison, many other economic indicators are published with a delay of several months or longer. 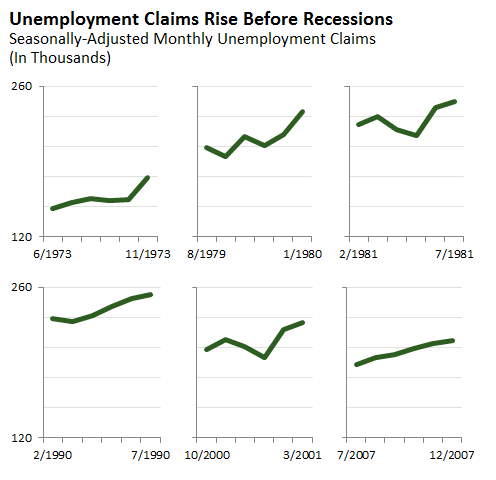 Unemployment claims also appear to be a decent indicator of whether incomes will rise or fall in the future. The graph below pairs the annual change in quarterly unemployment claims with growth in quarterly personal income six months later. The data covers the time period 1972 to 2017. As the graph shows, an increase in claims (moving to the right on the chart) tends to be followed by slower income growth six months later (moving down on the chart). Conversely, a reduction in claims is linked with higher income growth. Personal income is the tax base for the state’s largest source of tax revenue: the personal income tax. 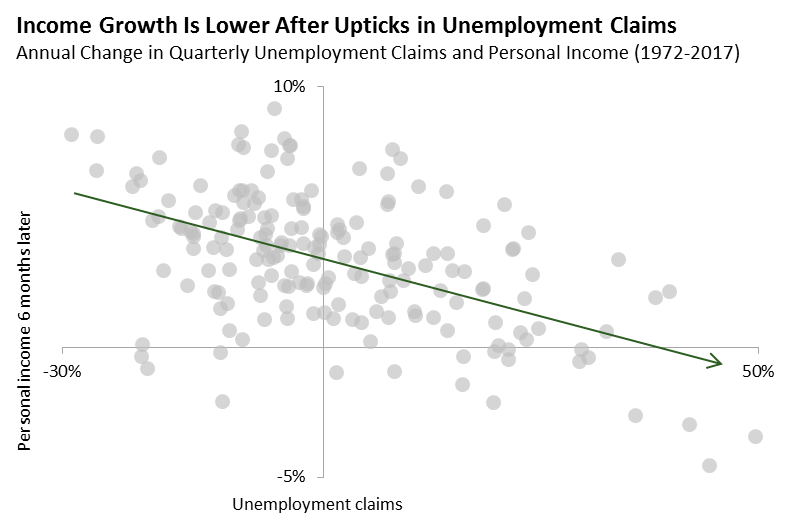