Local property taxes distributed to school and community college districts affect the state's Proposition 98 school funding requirements. Last week, we noted that our office’s estimates of local property taxes offsetting Proposition 98 are $353 million higher than the administration’s across 2015-16 and 2016-17. These differences continue in later fiscal years. Different assumptions about revenue from education revenue augmentation funds (ERAF) drive the majority of our variance from the administration.

How ERAF Is Distributed. The flowchart below displays the complex process county auditors follow to allocate ERAF. A detailed description of this process can be found here. 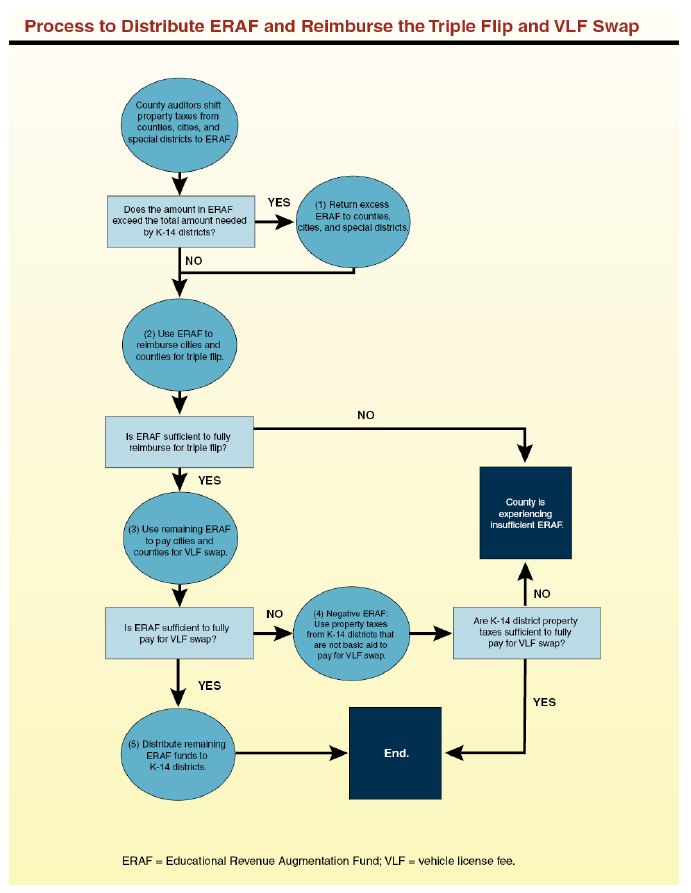 Future Estimates Would Improve With Better Access to Data. As noted above, the DOF receives information regarding RDA dissolution directly. One challenge in developing our estimates is access to this data. Relying on DOF for this data delays our office’s ability to vet the administration’s RDA estimates thoroughly.