In December 2017, Congress passed a package of changes to federal personal income tax and corporation tax laws. Among these changes was a new limit on a widely used personal income tax deduction: the State and Local Tax (SALT) deduction. Under prior law, itemizing taxpayers (about one-third of all taxpayers) could deduct the amounts they paid for local property taxes plus either state income taxes or state and local sales taxes. (Most itemizing taxpayers deduct state income taxes and local property taxes.) Under the new law, these deductions are limited to $10,000 per year beginning in 2018. 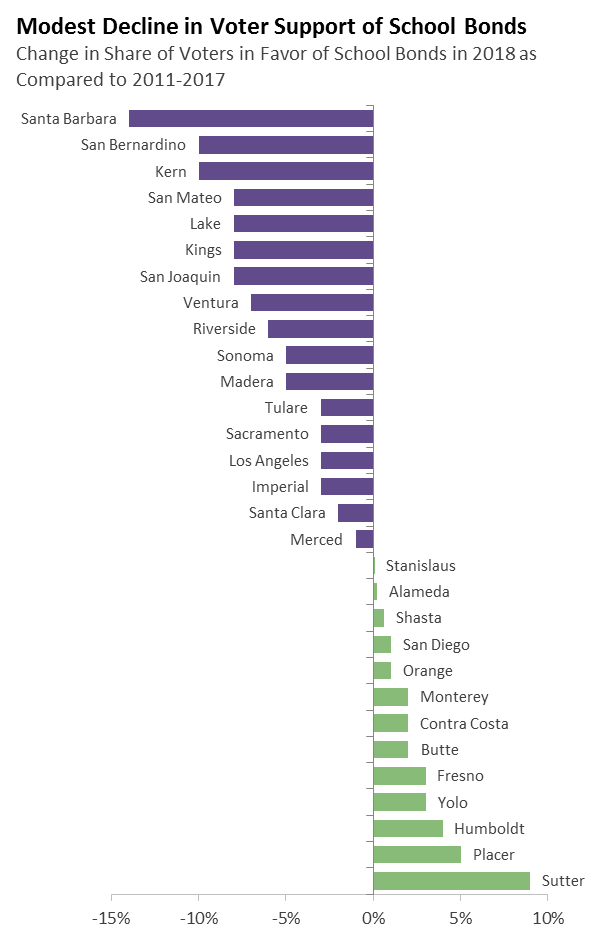 Looking a little more closely at the 2018 bond measure outcomes suggests that the modest decline in voter support was not related to the changes in the SALT deduction. In general, if the decline in support were due to the SALT changes, we would expect to see a larger decline in support in school districts where voters claimed a larger property tax deduction and, therefore, were more likely to be affected by the SALT changes. This does not appear to be the case. The graphic below shows individual school bond measures in 2018, with each dot representing a measure. The vertical location of the dot shows how the share of voters in support changed in 2018 relative to historical norms. (We define the historical norm as the voter support a measure in a district with similar voter demographics and political party registration typically received between 2011 and 2017.) The horizontal location shows the average property tax deduction claimed by taxpayers in the school district. As the graph shows, there appears to be no obvious relationship between changes in voter support and use of the SALT deduction. 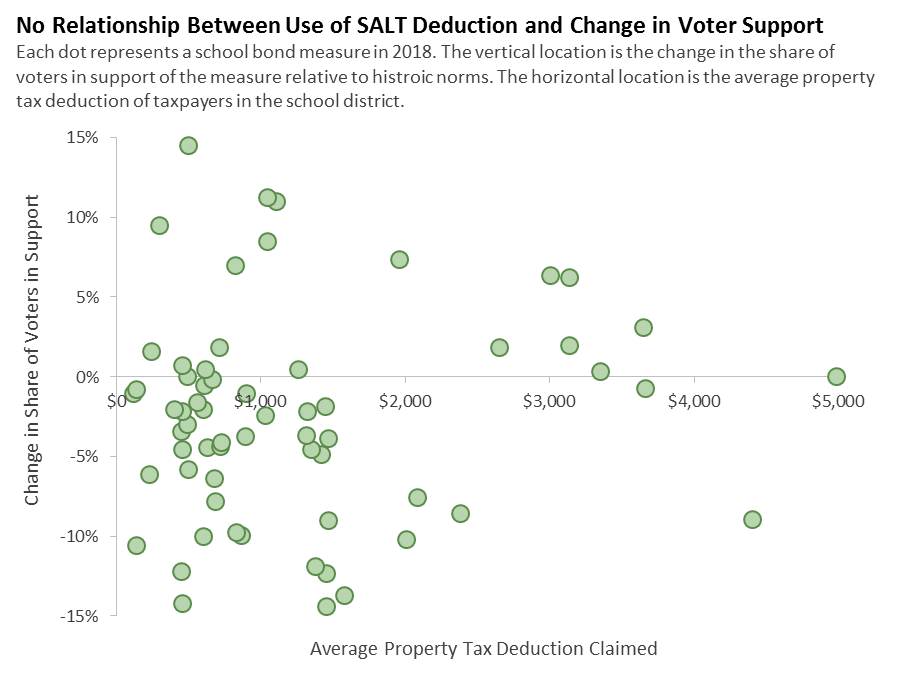