Low-Wage Workers Work in a Variety of Occupations. As shown in Figure 1, the two most common occupations for low-wage workers are sales and food preparation/service. 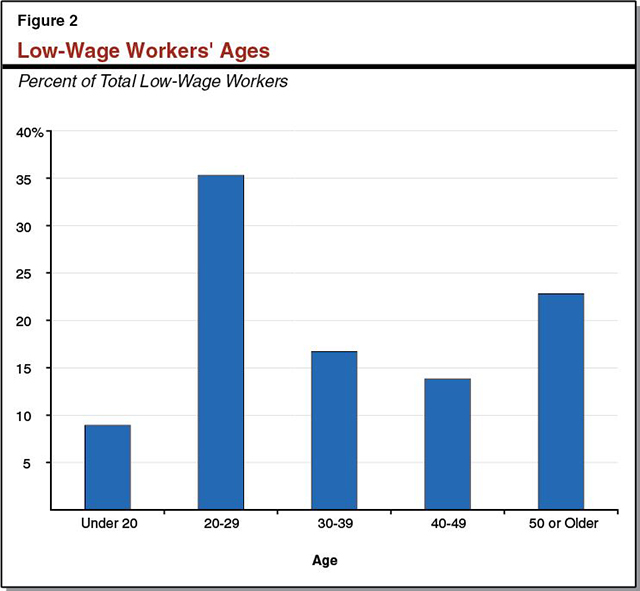 Very Few Low-Wage Workers Hold Multiple Jobs. Figure 3 displays estimates of other economic and demographic characteristics of California’s low-wage workers. About one-third of low-wage workers are the only workers in their families. Four percent report that they hold multiple jobs. 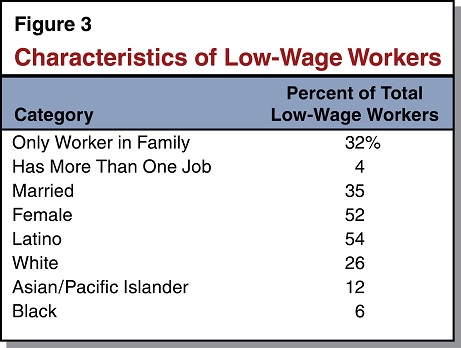