Family Sizes. As shown in Figure 1 below, the size of low-wage workers’ families varies considerably. (Here, “family” refers to people who live together who are related by blood, marriage, or adoption.) The vast majority of low-wage workers live with at least one other family member. Nearly one-quarter of them live in families of five or more people. 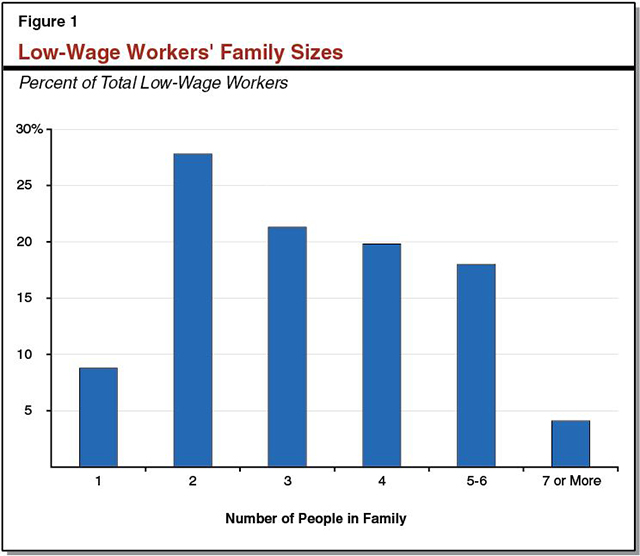 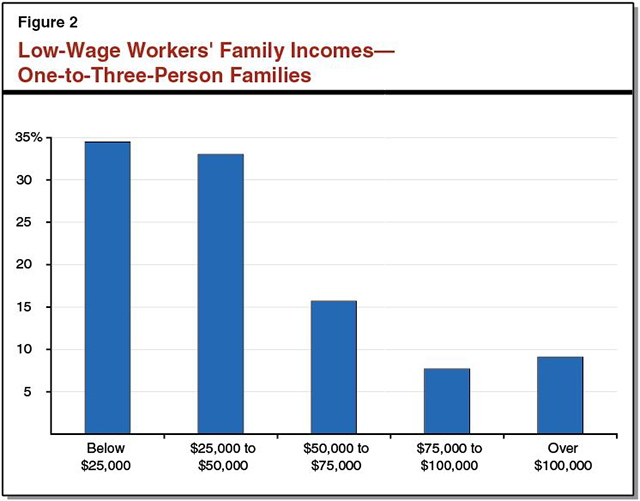 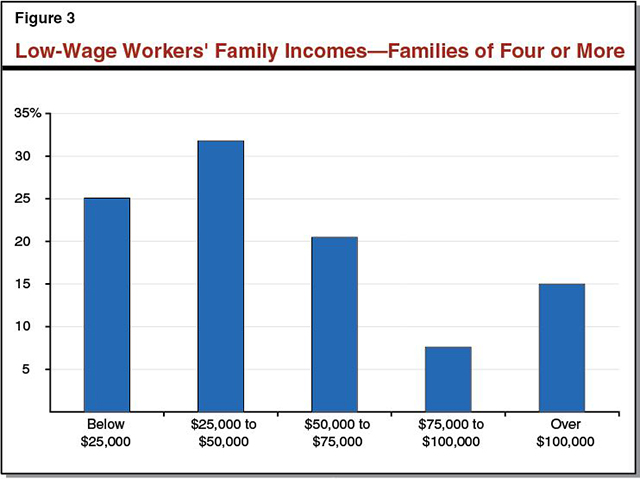