For other reports and posts related to our November 2017 Fiscal Outlook, see here. 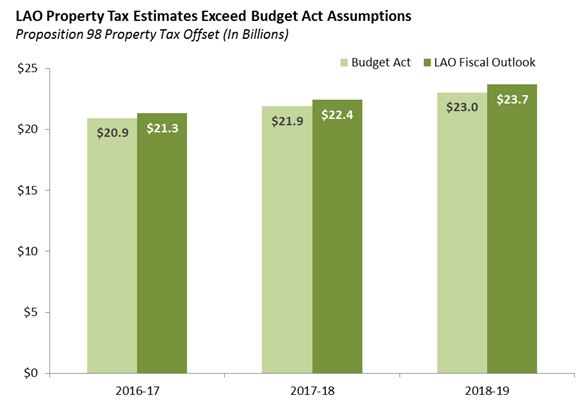 Two key factors are driving higher property taxes for schools. First, funding allocated to schools from Educational Revenue Augmentation Funds (ERAF) increased faster than anticipated in 2016-17. (For more background on ERAF, see this report.) While we cannot fully explain this uptick, it appears more likely than not to reflect an ongoing increase in ERAF allocations to schools. The second factor is faster-than-expected growth in assessed property values, primarily for 2017-18. Recent data reported by county assessors to the State Board of Equalization shows statewide assessed values rose by 6.2% in 2017-18. This is one half of a percentage point faster than assumed in the budget act. 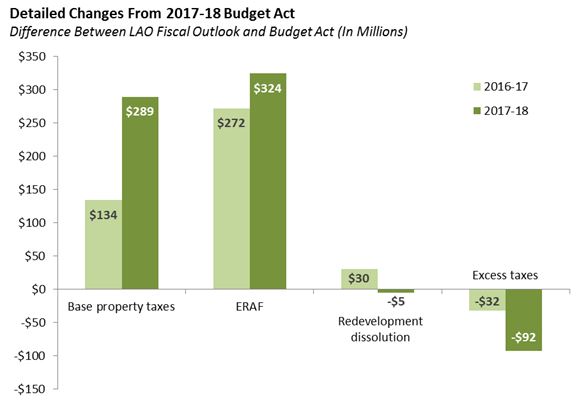 Growth in assessed property values in 2017-18 falls in line with the pattern of growth in recent years. Since recovering from the recession, assessed values have had four straight years of growth in the neighborhood of 6% per year. 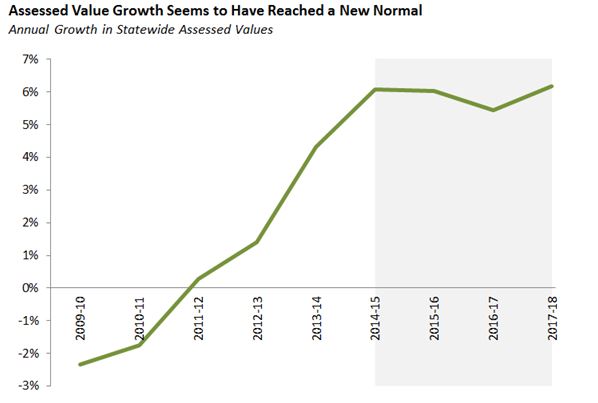 Growth in assessed values is driven by four key factors: (1) inflation adjustments for existing properties that do not turn over, per Proposition 13, (2) property sales triggering reassessments, (3) new construction and (4) reassessment of properties taxed at market value, such as those that received a decline-in-value assessment under Proposition 8. In recent years, these factors have had roughly equal importance in driving growth in statewide assessed values. Barring an economic downturn, we expect this pattern to persist, resulting in a continuation of the steady growth in assessed value seen in recent years. 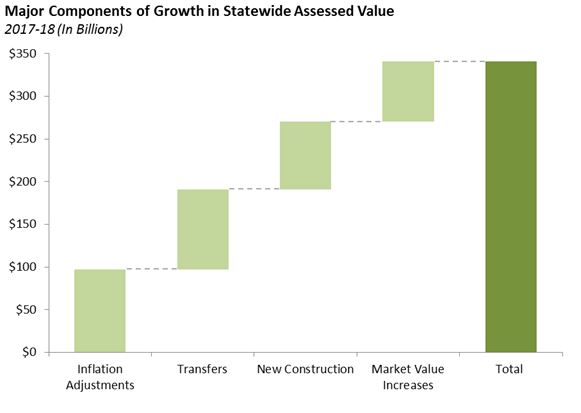