California Personal Income Grew Faster Than US in 2017

Strong Wage and Salary Growth. California’s wage and salary growth outpaced the nation by more than a full point in 2017. Moreover, the state’s wage and salary growth last year (5.8 percent) was well above the 15 year average of about 4 percent. The state’s overall income growth rate (4.5 percent) was held back by very slow growth in transfer payments, but this is an indication of the strength of the state’s economy: transfer payments consist largely of means-tested benefits such as Medi-Cal and unemployment insurance. Consequently, when the economy contracts transfer payments rise and when the economy expands these payments decline.

Strong Job Growth. California’s relatively strong wage and salary growth appears to stem largely from its relatively strong job growth. The chart below compares California’s 2017 job growth in different sectors to the nation’s. Among other things, the state’s high paying information sector (which includes the film industry and many technology sector jobs) grew, while the same sector shrank at the national level. 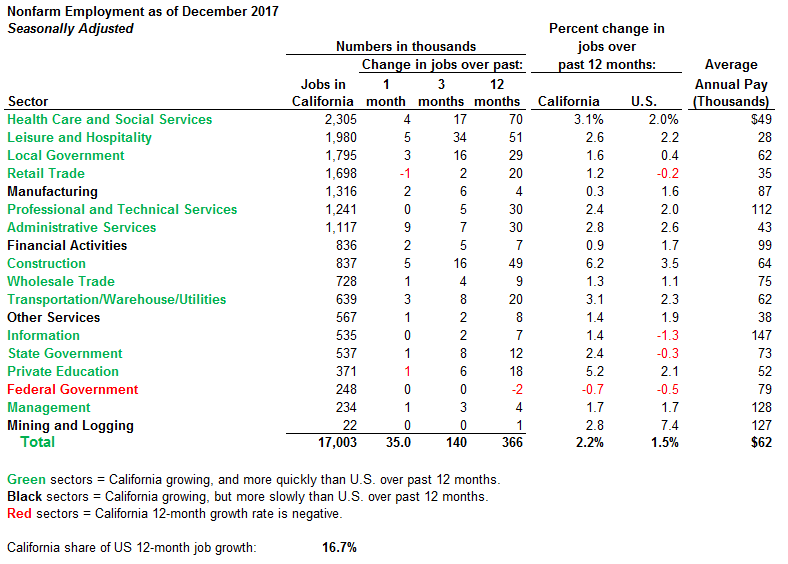