Through April, 36,818 housing units have been permitted statewide in 2018. This is about 14 percent higher than the first four months of 2017. 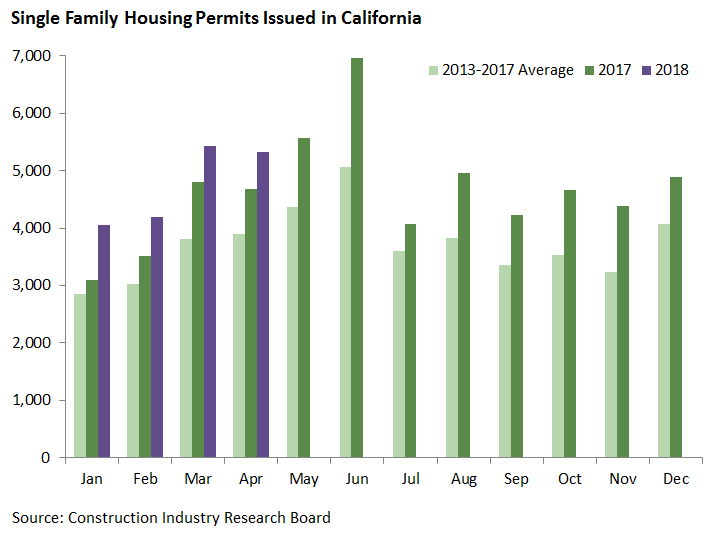 Multifamily housing units (17,810) account for the other half of the statewide total. After two strong months to begin the year, multifamily permits in March and April of 2018 fell below 2017 levels. Nonetheless, multifamily permits remain up 10 percent through the first four months of 2018 compared to 2017. 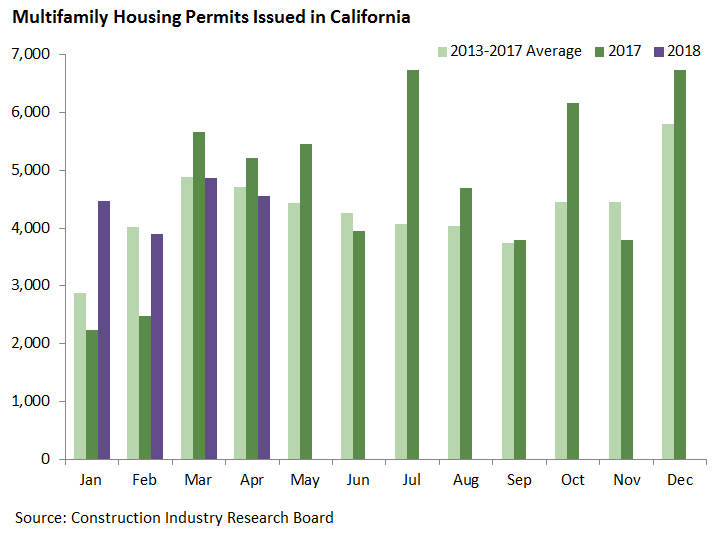 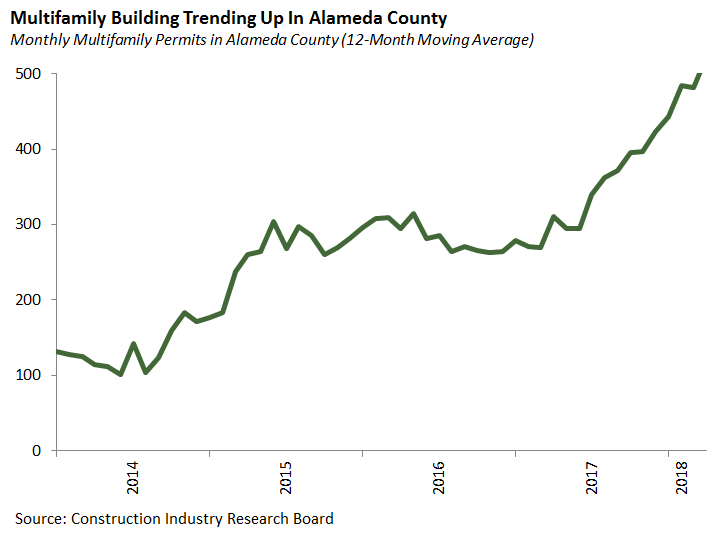 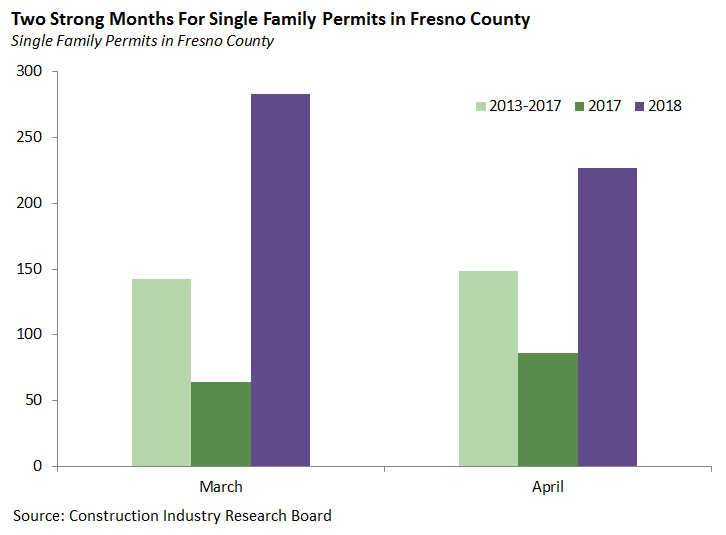