Housing permits have been declining since the summer of 2018. After a notable uptick in January of this year, permits returned to a pattern of decline in February. 6,150 permits were issued statewide in February, down 24 percent from the prior February. In total, 16,300 permits have been issued in the first two months of 2019, about even with the first two months of 2018.

Multifamily housing units (8,950) have made up the majority of the permits issued in 2019. After a strong January, in February multifamily permits fell 32 percent below the prior year, returning to a trend of consistently weak permitting that started in the second half of 2018. 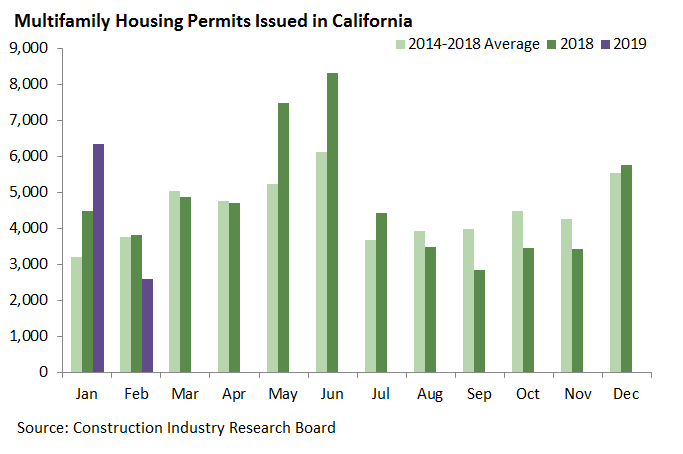 Single family homes also were relatively weak in February. Singe family permits were down 14 percent in February compared to a year ago. This follows year-over-year declines of 8 percent in January and 30 percent in December 2018. 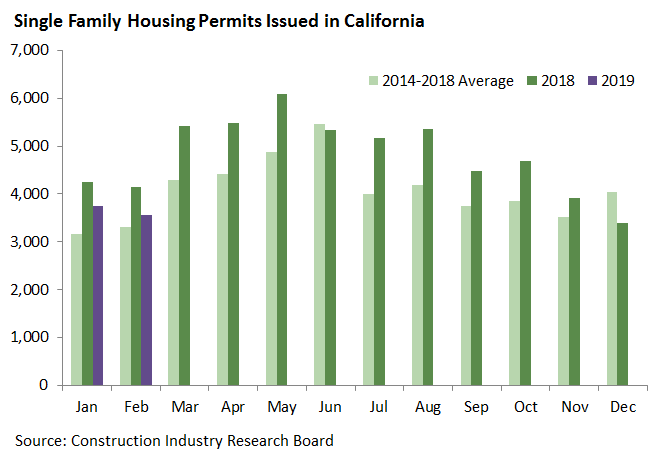 Last month, we noted that several southern California counties had very strong permitting numbers in January. This pattern entirely reversed in February with Los Angeles, Orange, and Riverside counties all issuing less than half their historical average. 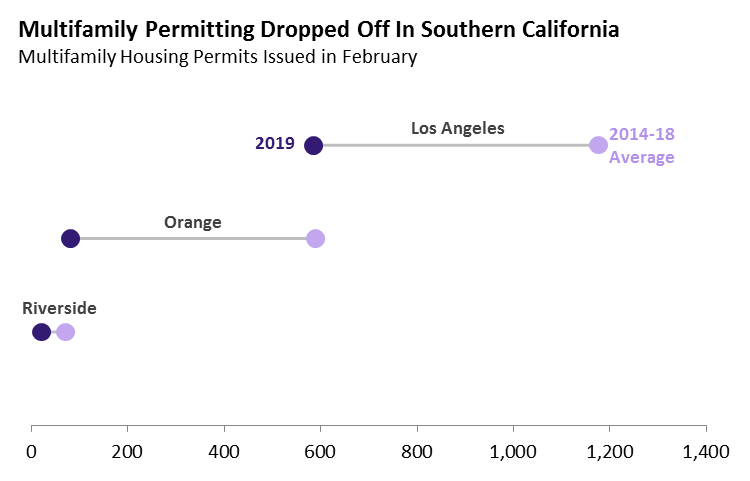