Bottom Line: Overall economic conditions remain good for now, but the rate of expansion of the state’s economy appears to be slowing.

The figure below shows the index through April 2019. The index remained near historic highs in April. 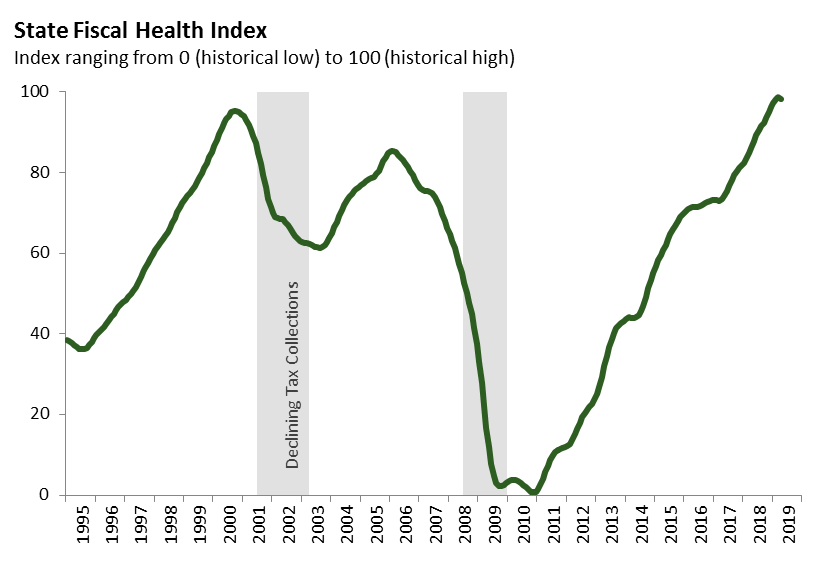 The index declined slightly in April. This is the continuation of a trend of slowing in the index that started in the summer of 2018. Weakness appears most pronounced in housing. Building and sales have slowed consistently over the last several months, while prices have stagnated. In addition, over the last few months new car sales (one indicator of the strength of consumer spending) have shown declines not seen in almost a decade.

While this recent slowdown in the index is a significant departure from the rapid growth seen in recent years, the index has not yet shown the type of consistent decline seen before the last two recessions. That being said, the likelihood of continued revenue growth over the next year appears to be going down. 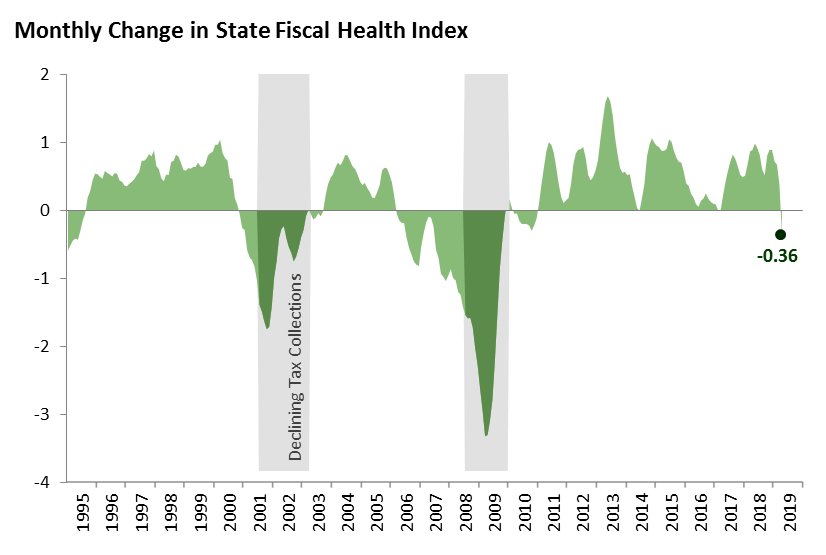 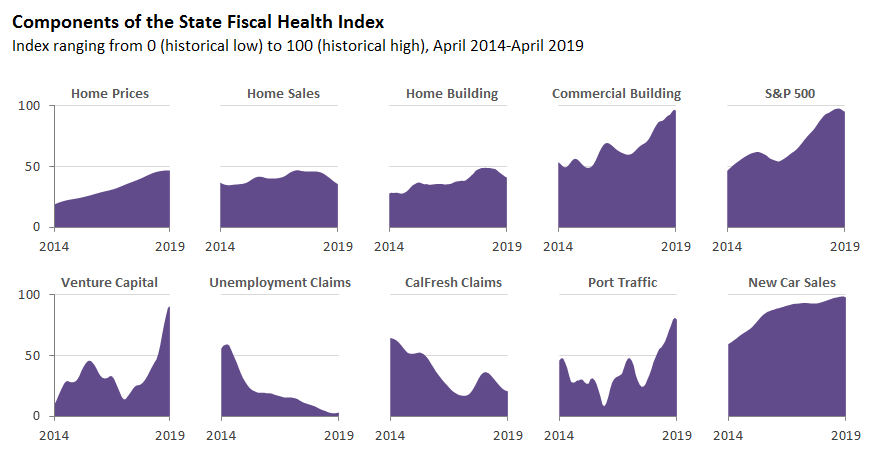